In January, we opened Primal Palate up to the entire grain-free community. We went from a blog, where we generate 100% of the content internally, to an interactive website where anyone can upload a recipe. We had no idea what was going to happen, and we didn’t know if the idea would catch on. We didn’t know who would submit recipes, or if the website would suddenly become heavily skewed in the “desserts” section. You know what else we didn’t know?

We had no idea a group of TEENAGERS would start submitting content to our site, or that they would be some of the most talented and inspirational contributors at Primal Palate. 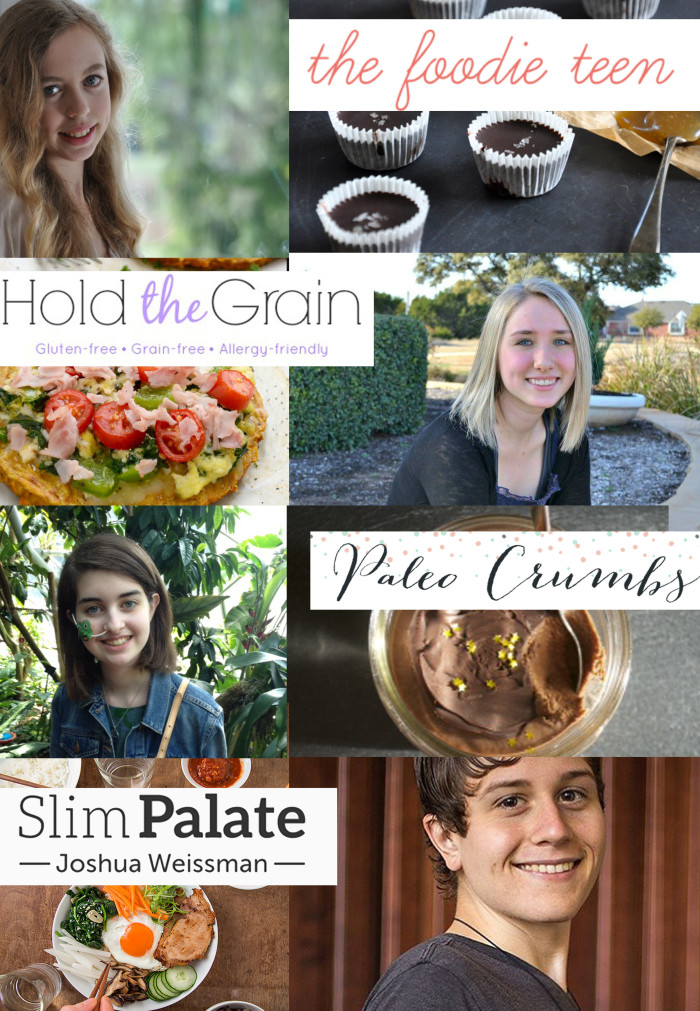 I cannot count the number of times Bill, Hayley, or I have said, “How have we never HEARD of this person?” after watching a new recipe come through the queue. That’s exactly what happened when a recipe for Parisian Mousse came across my feed, submitted by the blog Paleo Crumbs. After clicking the URL, I found out the author, Macy, was just 15 years old.

Macy was actually the fourth person under the the age of 20 to submit a recipe to Primal Palate. Alessandra of The Foodie Teen was the first, followed by Josh of Slim Palate, and finally Tess of Hold the Grain. I could go on and on about how remarkable it is to have a group of teenagers create their own websites, develop their own recipes, learn food photography, all while concentrating on other things such as…ohhh, I don’t know, finishing high school? But personally I think  Liz Wolfe said it best:

“I don’t know what I was doing when I was 18, but it probably involved beer.”

It also probably didn’t involve half the things these four teenagers have gone though. You have already met two of them, but let’s recap:

-Alessandra was sick for 14 months, visited seventy doctors, and had thirty-four blood tests before she was diagnosed with celiac disease. She is now home schooled, as she can’t risk being glutened at public school. [Read our interview with Alessandra.]

-Josh’s weight had been a problem since he was a small kid. He was bullied. He was picked on.  Then at just 15 years old, he was able to lose over 100 pounds on his own through exercise and following Paleo. [Read our interview with Josh.]

In this two-part post, I’ll introduce you to the second half of our Paleo teenage superstars. Just like Alessandra and Josh, they didn’t just randomly decide to switch to Paleo and start a blog. They each have a long list of health conditions (most of which I had never even heard of) and made the decision to get proactive about it.

Stop by tomorrow for Macy’s story, but in the meantime – let me introduce Tess of Hold the Grain! 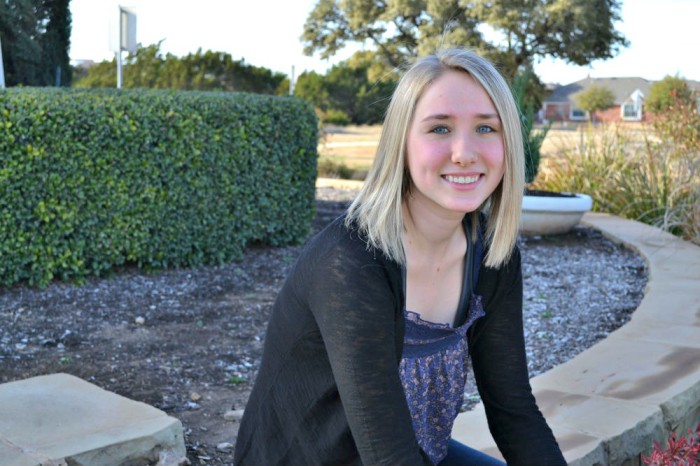 First off, I’m not even sure how old you are! Are you still in high school?

I’m 19, I started my blog when I was 18. I’m currently going to college at  AIC here in Austin. I’m not quite sure what I want to major in just yet. I really like art and internet, so maybe web design. I would also love to do business.

And how did you find Paleo? Or why did you start?

I have POTS – Postural Orthostatic Tachycardia Syndrome – which affects my automatic nervous system. [Your automatic nervous system is “automatic,” so it involves everything you don’t think about: heart rate, blood pressure, breathing, etc.] My heart rate will go way up, and I will become very dizzy and light headed. It also affects my blood temperature, digestion, and blood flow. Sometimes my legs will literally turn purple if I stand for too long.

Besides POTS, I also have gastroparesis, which slows down my digestion. My stomach doesn’t empty like a regular person. Finally, I have EDS [Ehlers-Danlos syndrome], which is a connective tissue disorder. It causes joint pain and soreness, and I’ve had to get massage therapy done on my right shoulder. It’s actually hereditary, so a lot of people in my family have it.

That’s a long list of diagnosis, and I’ve never heard of any of them. How did that affect your time in high school?

I had to stop going to public school because of it. In January of my senior year, I had to pull out of high school and finish my last semester home schooling. I had really bad fatigue, would get incredibly dizzy, and had blurred vision if I stood for too long. I had daily migraines, to the point where I didn’t really know they were there. Many doctors have never heard of POTS, and every one I went to told me it was anxiety. I was also getting a lot of stomach pains, and became really skinny because it was hard for me to eat. This was after I had already gone gluten-free. 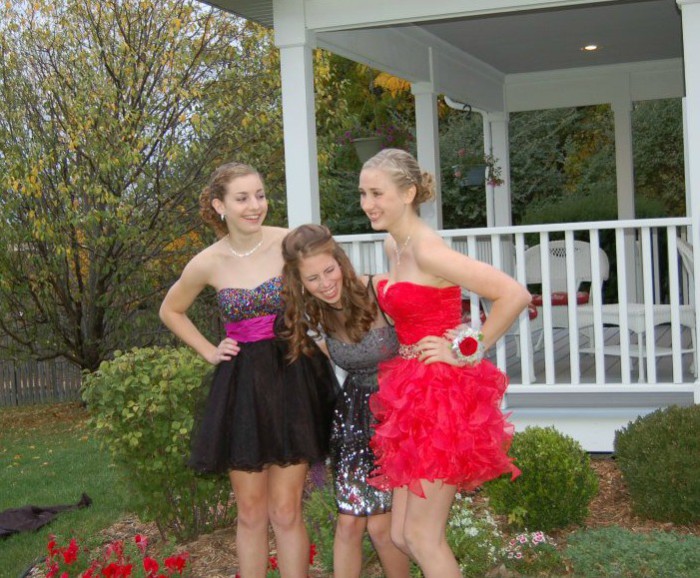 I’m a type A personality, so for me everything is all or nothing. I actually once declared I was giving up chocolate for an ENTIRE year one New Years Eve “just because,” and I actually stuck to it. The funny thing is I later discovered I was allergic to it. I went gluten-free when I was 17, right after the 4th of July. I can remember the last thing I ate was a cupcake. I have not had an ounce of gluten since, at least not on purpose. My mom has gone through similar things health-wise, and was very supportive when I decided to change my diet. 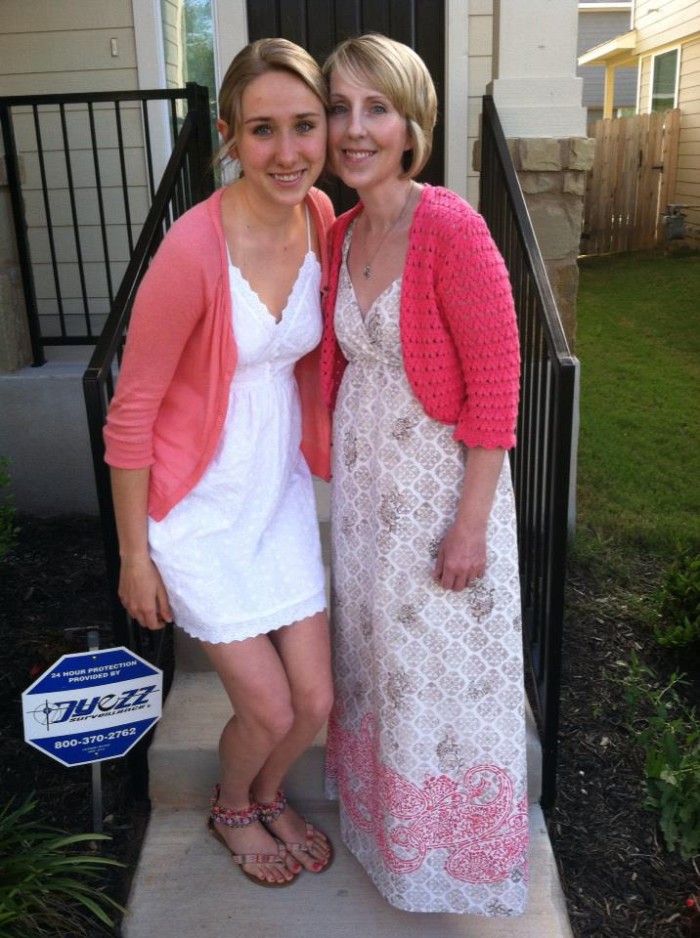 Did going gluten-free help your symptoms?

It helped with the stomach pain, which was pretty severe. When I began cutting things out, I noticed other problems. Eggs were a huge problem, as was dairy. Unfortunately I can only go so far with managing my conditions with diet, as they’re not really affected by diet. For POTS they tell you to drink a lot of water, stay active, and increase your salt. In some cases it just gets better with time, and in others not. The main goal is to increase blood flow, so I need to stay very active. I try to walk at least 40 minutes every day.

When did you start your blog?

I started in January of this year. When I was really sick, baking is one thing I did to help pass the time. It also helped me train myself to stand for longer periods. When I realized I wasn’t half bad, I wanted to share my recipes. I followed other people’s blogs, and wanted to make my own one day. The first Paleo blog I found was Julie Bauer.

Who taught you how to cook and take photos? Your parents?

My mom is a great cook, but hates baking. Then there’s me, who honestly thought my blog would be ALL desserts when I first started. I don’t know…I have just always loved baking! My favorite thing I’ve ever made was a Rustic Strawberry Rhubarb Tart. It’s also egg-free and chocolate free, so I can actually eat it! 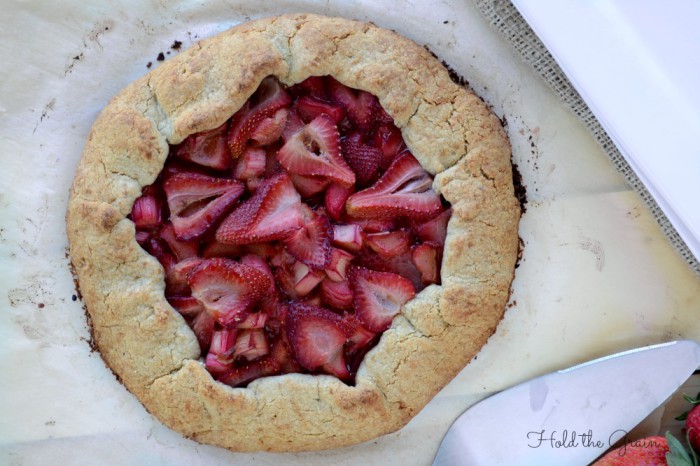 I haven’t taken any baking lessons. I just read the science behind it and started experimenting with things. I never really baked with “real flour,” so maybe that’s why Paleo baking is easier for me. It’s all I’ve ever used. I know what to do with coconut flour, but if you were to give me a bag of white flour? Oh no.

To learn food photography, I just started reading and doing. My sister has a nice DSLR camera, and I just kept learning as I went. But I barely have enough space for pictures! I can go in my garage if it’s not 100 degrees, or there is a TINY space in my room where I can take pictures. I literally barely fit behind the camera! 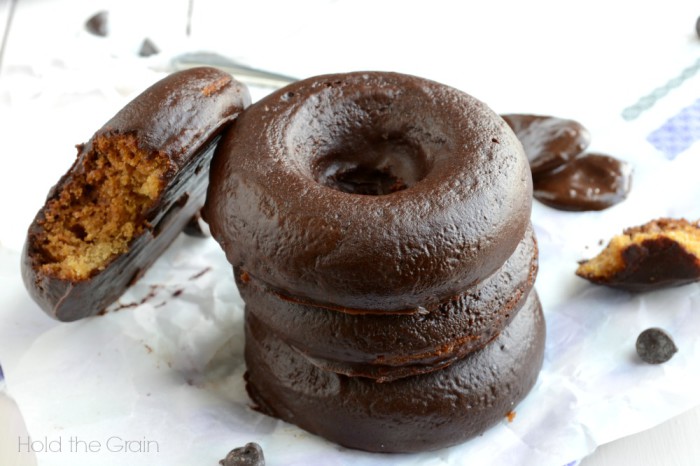 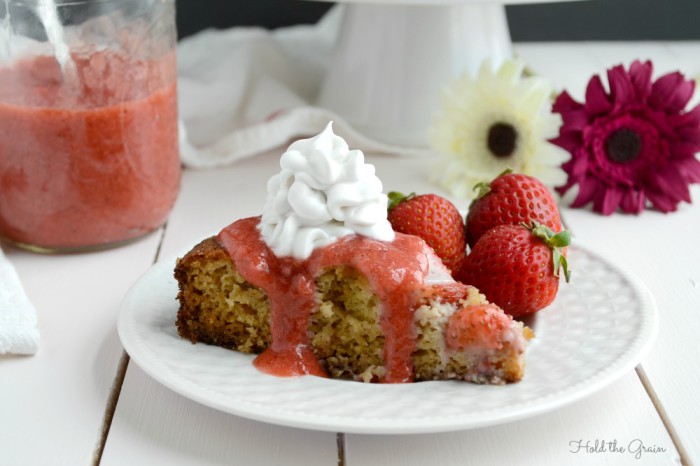 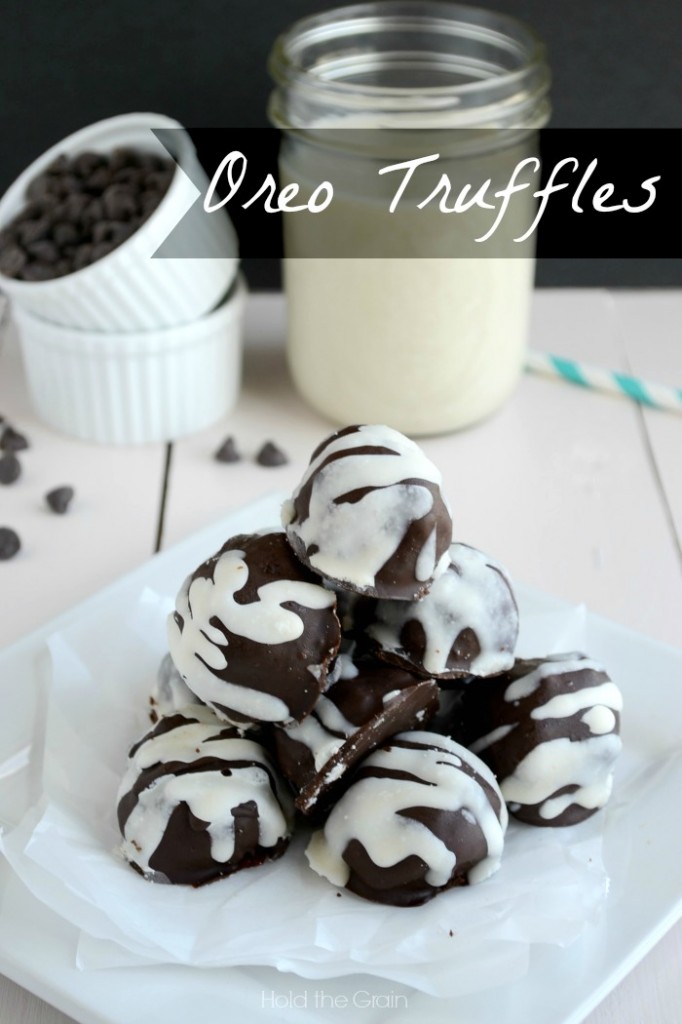 Have you ever thought about making a career out of your blog?

I really do love blogging. I love the freedom of it. But if I were to go to culinary school, that would be extremely hard with my condition. I would not be able to stand for long periods in a hot kitchen. I’m not quite sure what I want to do with my career. I always wanted to have my own little bakery or coffee shop when I was young. I still think that would be cool. Or maybe a bed and breakfast. My mom always said she wanted to open a bed and breakfast, and that stuck with me.

What advice would you give to someone just going Paleo?

Take it slow. I’m an all-or-nothing person, so once I decided to make a change, that was it. But it can be stressful trying to adapt. Take the time to find out what foods work for you, and enjoy cooking those foods that you can have. 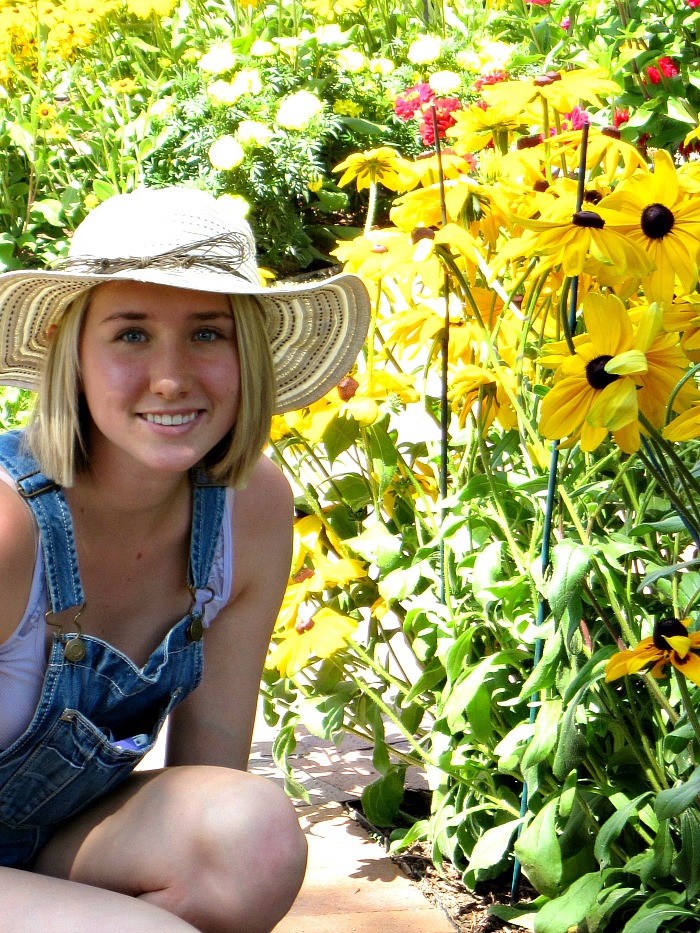 Final question. What do you hope people take away from your Hold the Grain?

As far as recipes go, I hope they realize there is always something they can eat and enjoy, without too much difficulty. I hope I give them recipes that won’t take too much time or energy to prepare if they are sick, and it will still taste really good. As far as content goes…I don’t know. I love sharing my random stories, so if I can make someone smile, that’s the best thing.

Stay tuned tomorrow for our interview with Macy of Paleo Crumbs!

Check out  other Hold the Grain recipes on Primal Palate: 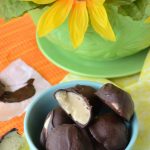 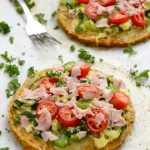 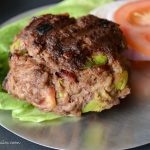 If you liked Tess’s story, you might enjoy reading our other interviews with these individuals. Our success stories have used Paleo to battle diabetes, anorexia, Glandular fever, CFS, Reynaud’s Phenomenon, and even Hashimotos Thyroiditis. Read their stories below: