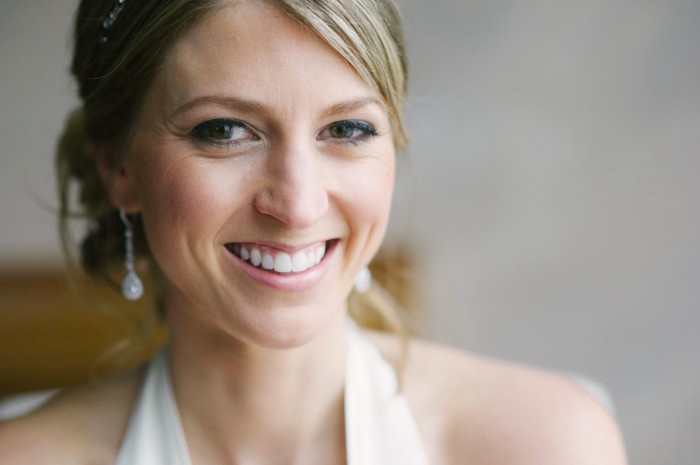 So far our “Paleo success stories” have started with drastic before and after photos, usually showing a dramatic weight loss.  But for many people, the effects of Paleo are internal, rather than external.    When Bill & Hayley first asked me to interview Megan, all they said was that she was a former vegan (which isn’t entirely unheard of; after all, Hayley was a vegetarian before she went Paleo.) They didn’t mention why she had gone vegan in the first place, and I was left to wonder if weight loss, or something else, was the original goal.

Then I read her bio.  Megan is a former Division I All-American in volleyball, had earned her Bachelor’s Degree in Health and Rehabilitation Science, her Masters in Exercise Physiology, had done graduate research in the areas of fitness and weight loss, and was a certified Physicians Assistant.

This girl did NOT need to lose weight.  She was the go-to-girl when others needed to lose weight.  Having dealt with autoimmune disorders since she was a teenager, she originally went vegan as an attempt to decrease the level of toxicity in her body.  In her blog, she refers to Paleo as an “accident,” something she bumped into in her journey toward better health.  She has only been Paleo for a few months, and has given up foods that she essentially lived off of before. But the biggest shock was the way in which she described her transition from veganism to Paleo.  She talked as though it was the most normal thing in the world!  “I want to feel better,” she said. “And this is working, so that is enough for me to keep at it.” Thanks for sharing your story Megan!

Before you were Paleo you were vegan.  What made you decide to go vegan in the first place?

Honestly, I never ate meat much as a child.  I would kinda push it around my plate with my fork, but never really enjoyed it.  When I went to college, I rarely cooked so I ate meat less and less.  Then, when my health started to decline, I read all these articles linking meat to various health problems.  I read that decreasing your intake of meat could decrease the level of acidity in your body.  I also read that if you were looking to decrease toxins and inflammation in your body, vegan was the way to go.  I saw the switch to veganism as a healthy change.  But while it works for some people, it did not work for me.

How long have you been struggling with autoimmune disorders?

I was diagnosed with my first autoimmune disorder when I was a teenager.  I had/have Reynaud’s Phenomenon-which is basically blood vessel constriction.  It happens when you’re nervous or anxious.  My hands would lose circulation and turn very red.  So when I was in college, my hands would go numb during exams.

At the time, I thought, “Ok.  This isn’t that bad,” because I only had ONE disorder.  Many people who have autoimmune disease have much more than that.  But, as people with autoimmune disorders know, if you get one you are extremely likely to get more.  This is especially true for women-the risk of being diagnosed with more [autoimmune disorders] is an 8:1 ratio compared to men.

Then, when I was 21, I was tested for Celiac disease but the tests came back negative.  And yet, I had every single symptom.  So I knew if I wasn’t Celiac I at least had a serious intolerance to gluten.  When I gave up gluten, I thought, “Whoa. This is a major life change.”  I was in college and couldn’t even have pizza!

When I was in PA school, I discovered I had Hashimotos Thyroiditis, and that’s when I got worried.  I was now up to three.  And, since I now was studying medicine I was more aware of what was happening with my health.  But no one knows the cause of autoimmune disease.  And if you don’t know what causes it, you can’t really cure it.  All you can do is treat the symptoms.  I was doing every treatment imaginable and simply was not feeling better.  Then, in the past year and a half, Psoriasis patches started breaking out on the back of my neck.

So what made you decide to try Paleo?

I first heard about Paleo from a high school friend.  She had health issues as well and suggested I try it, but all I could think was “Oh my god that would be so scary!” I would have to give up beans, rice, and all the other things I basically lived off of.  And yet, I kept hearing more and more about Paleo, and every time I heard the word my ears would perk up.  Why was I hearing so much about this?

I discussed it with my doctor, who explained how grain causes inflammation in those with autoimmune disorders.  While other people who are gluten intolerant can tolerate quinoa or rice, I found that grains and legumes were inflammatory for me.  I started reading The Paleo Mom and discovered lectins and the harm they were doing.

I was still hesitant about Paleo, so I tried a cleanse.  I felt better but I still wasn’t feeling great.  So, I asked my doctor if he thought cutting out grain would make a difference.  He said it was worth a try; he had seen many people experience success with Paleo.  I started on a Wednesday and by Saturday I started to feel better.

Now, I have been Paleo for a little over three months.  I started in May, and before that my hands were extremely red.  We’re talking, put-your-hands-in-scalding-water red.  Now they look so much better-it looks like a regular hand!  I also feel like I have more energy.  I used to feel achy and “blah” all the time.  It was getting worse and I never knew how to feel better.

You were vegan for two years.  Isn’t it strange to be eating meat again?

It wasn’t as if I went years without having a bite of meat.  If I went to a social gathering, I might have a bite or two just to be nice.  I didn’t want someone making me a homecooked meal and then just reject it, you know?

Going Paleo wasn’t as big of a change as you may think, because I had already given up many non-Paleo foods.  I haven’t eaten bread in almost ten years.  It makes me physically ill.  I can’t eat many carbs, so I stick to mainly meat and vegetables.  I definitely enjoy quinoa, legumes, and gluten-free grains; but they make me feel awful afterward.

What do you eat in a typical day?

Breakfast has been a challenge because on the Autoimmune Protocol, you don’t eat eggs.  I drink the same shake every single morning for breakfast.  I know that may be looked down upon in the Paleo world because you’re supposed to eat “real” food, but frankly my options are limited, and it is something my doctor recommends.  It contains turmeric, vitamins, and glutamine to help my gut.  I also throw in mango, coconut milk, coconut butter, and protein powder.  Sometimes, if I’m reallyyyy going crazy, I’ll throw a few pumpkin seeds on top.

For lunch, I usually have a chicken salad with oil and vinegar and veggies from my CSA.  I love CSAs!!  You get so many vegetables and they’re always different.  Plus, you know where your food is coming from and you’re supporting local farmers.

If I need a snack, I usually have a piece of fruit.  For dinner, I’ll usually have some sort of protein and a vegetable.

Are there any tricks you have picked up or changes you have made to your daily routine?

I live by the rule, “Cook once, eat twice.”  I cook protein in bulk, usually filling a crockpot with either pork, beef, or chicken.  I also buy in bulk so it is cheaper per pound.  Yes, it takes a little planning.  But just like everything else, you just need to find your routine.  I will literally get off a twelve hour shift and throw food in a crockpot so it’s ready in the morning.

Do you have any regrets looking back at your struggles in the past ten years? Do you wish you would have found Paleo earlier?

Regrets? Absolutely not.  I’ve learned so much from this whole journey.

Is it strict? Yes. But, it all depends on how you look at it.  I can either view Paleo as really strict, or I can view it as small steps toward improving my health.  If it was super easy we wouldn’t be having this conversation.  If you try it and realize you are feeling better, that will be motivation in itself to keep at it.  During holidays, I sometimes want to try traditional food, but I’ve realized that it’s not worth feeling horrible.  Or this summer, I really really wanted gelato or ice cream.  But I just told myself, “Ok. You want to feel better, and this is WORKING.”  So frankly it wasn’t worth taking that step back just to eat an ice cream cone.

Do I think it’s going to cure every autoimmune disorder? That’s probably a narrow view.  But it’s definitely helped me feel better.  And there are enough success stories out there for people to say, “Alright. I don’t know if this will work, but I’m going for it.” 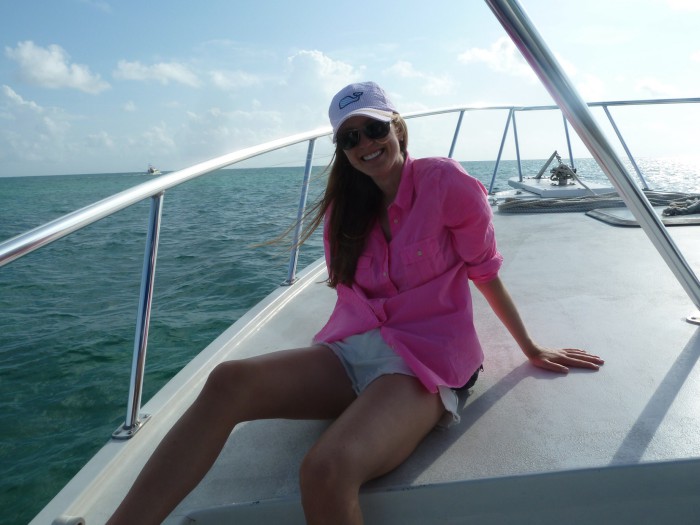 Thanks for sharing your story, Megan! If you’d like to read more from Megan, you can follow her on her blog, here: HealthGeekChic  |  @Meg_McGrane on Twitter