I’ve interviewed a lot of different people, for a lot of different reasons, for this blog. When Macy of Paleo Crumbs submitted her first recipe to Primal Palate, I wanted to do a story on the four teenage recipe contributors. I thought it would be a cool post, offering a view into how they became so talented at such a young age. I was not aware of the background stories of the girls I was about to interview. Neither Tess, who you met yesterday, or Macy, who you’ll meet today, were well enough to stay in public school.

Macy, just like the other three teenage contributors, has gone through something unbelievable. Macy is fed through a feeding tube, which goes through her nose and into her stomach. While we spoke on the phone, she told me how the tube works, how it feels, and why she has to have it; and she described it to me as if she was telling me the sky was blue. She was the single most cheery girl I’ve ever spoken to, and I absolutely loved talking to her. She said things so naturally and calmly, it wasn’t until we hung up that everything she described sunk in. Macy loves Paleo. She loves the idea of eating real, nutrient-dense food, and she doesn’t get to eat it.  Now think about all the times someone has gone on the Slimfast diet, or a juice fast, or simply refused to eat solid food at the next attempt to look a certain way or lose a certain amount of weight. Think about all the times we would rather reach for a box or a bag of chips, crackers, or cereal; over a piece of fruit or a bowl of vegetables. Think about all the times we almost shun real food, and here is someone who would love nothing more than to heal herself through food, and she can’t have it. Kind of ironic, isn’t it?

I truly wish I had recorded this interview, so you could actually hear how optimistic Macy is. If someone in her situation can be so at ease, it really puts things into perspective and reminds you to take things in stride. Thank you so much for  sharing your story Macy! -Kara 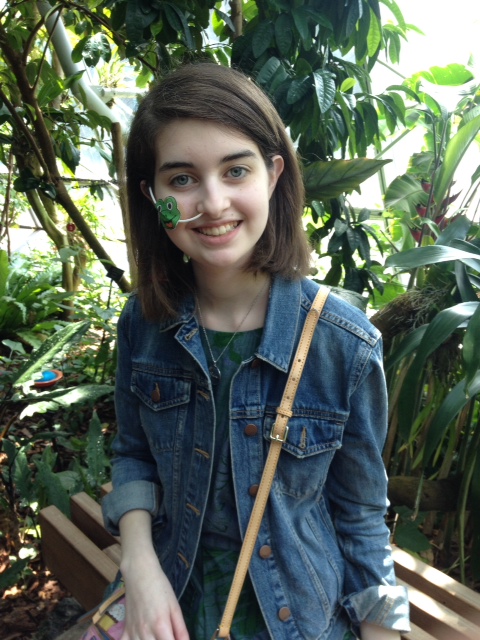 How old are you now, and how old were you when you found Paleo?

I’m 16 now, in my junior year of high school. This past year is when I became really sick, to the point where I had to stop going to public school. I started home school last October. I was literally in the ER when my mom got an e-mail from my principal to discuss my “excessive absence.”

That summer, I had started having stomach pain. I lost my appetite and just knew something wasn’t right. It took seeing a few doctors before I had a colonoscopy done, and they admitted me because I was so malnourished and had lost so much weight. Finally, I started seeing a regular GI doctor, who decided it was best to bypass the stomach entirely. I was put on a feeding tube which went directly into my intestines. In June the feeding tube started going through my stomach, and I’ve finally been able to feel a little hungry sometimes. I don’t eat a whole lot. Dealing with gastroparesis and the feeding tube is definitely the worst part, because I’m a total foodie.

You started Paleo as a way to take control of your health. Do you mind sharing what you have been diagnosed with?

Of course! I have colitis, gastritis, Gilberts syndrome – which is pronounced G-Bears and is kinda like a liver condition like jaundice – Raynaud’s [phenomenon], and gastroparesis. Plus I’m lactose-intolerant and allergic to almonds, wheat, and clams.

Umm…Can you repeat that one more time?

*I would like to take this opportunity to say that it took Macy repeating herself several times over the phone, e-mailing me once, me e-mailing her twice, and three Google searches to double-check my spelling; to get this list right. So the next time you think you’re having a bad day, I suggest you send this girl an e-mail.

Is the feeding tube the only way you get your nourishment?

Well, when you have gastroparesis your stomach doesn’t empty normally, so you don’t get hungry. I used to eat normally, but now I just can’t. I might have a couple bites of food. Hopefully I’ll be able to eat a full meal soon.

The tube is taped to my cheek, and it goes down my nose, down my throat, and into my stomach. I don’t taste it (everybody asks me that), which is great because it’s really gross stuff. I might feel it because it feels a little cold, and I’ll feel full afterward. I don’t like the feeding tube. I don’t like not eating anything and still feeling full.

Who eats all the amazing food you make??

My family eats it, and I get to eat a little of it. I’m still on my healing journey. Hopefully within the next few months the tube will be able to come out, but for now the doctors want to keep doing it. I’m trying to use essential oils to help my appetite. I don’t like medicine, chemicals, or processed things. That’s why I like Paleo. 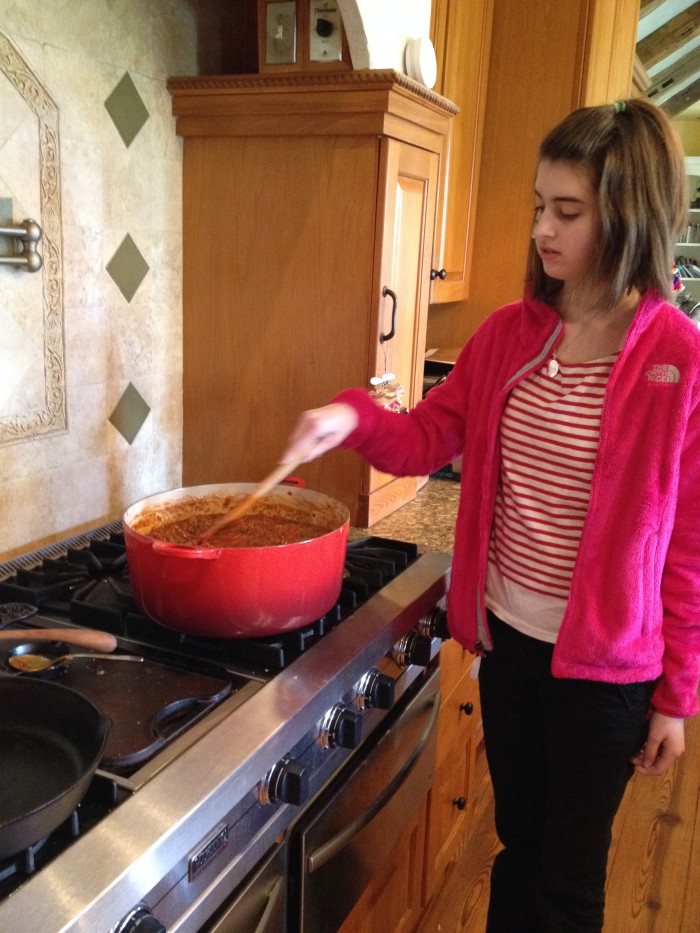 How did you learn about Paleo?

I actually looked into gluten-free because I read about some people having success with that. My mom has crohns, and she healed herself by cutting out gluten and oats. I had gone over a month without a diagnosis, and went online searching for answers. I came across Paleo and saw success stories with people who have colitis and even gastroparesis, so I thought I would try it. Plus I loved the basis behind it: you only eat real food. Gluten-free baked goods can have a lot of additives and other stuff behind it. So the “real food” idea got me hooked. But I’m still not completely Paleo because of the formula, which is artificial. It’s just going to be a process before I can eat a complete meal again. I’m hoping to be weened off the formula and then I can be completely Paleo.

Were you parents concerned about you going Paleo? Did they think you would lose even more weight?

My mom actually experimented with Paleo because she has had both autoimmune diseases and cancer. My mom was actually how I found Primal Palate! She’s also currently getting her masters in public health nutrition online. My dad is a little more skeptical, but will try almost anything. Both my parents are very supportive.

I would just rather do something natural than take medicine with scary side effects. One medicine they almost prescribed me could potentially cause permanent muscle spasms. You literally had to take it in the doctor’s office to make sure you didn’t experience the side effects.

When did you start your blog? And where did you learn to cook and take photos?

I started in July. I’ve always enjoyed reading blogs. I follow a ton: Primal Palate, Against All Grain, Slim Palate, The Foodie Teen, PaleOMG, Colorful Eats, Everyday Paleo, and a bunch more. I love the photography and recipes, and have loved creating my own. Since I was a little I’ve been in the kitchen with my mom, cooking, cutting, or licking the bowl. I learned from her, but as I got older I made my own recipes or recreated old favorites. 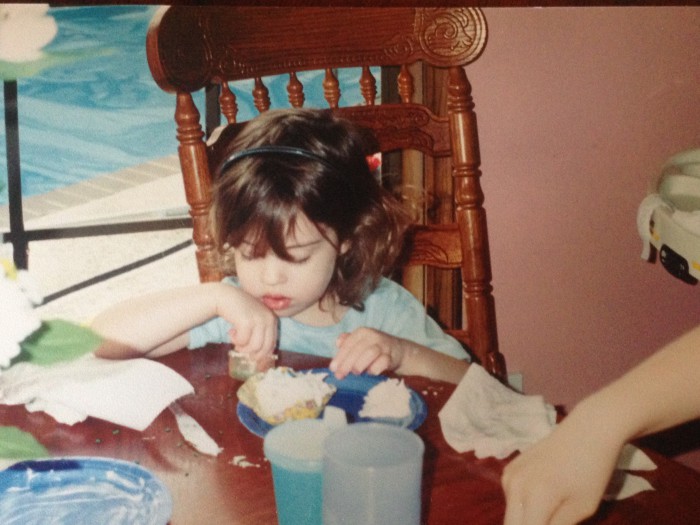 I got a Nikon camera for my birthday a year ago and was in Yearbook Club in school, so I’ve been taking pictures for awhile. Now I’m just learning food photography and experimenting with aperture and lighting. I haven’t taken any classes, I just read tips on the internet. I also e-mail Alessandra from The Foodie Teen for tips. 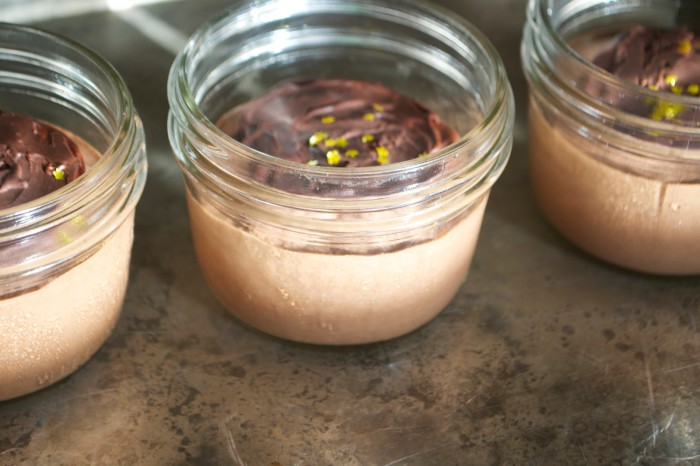 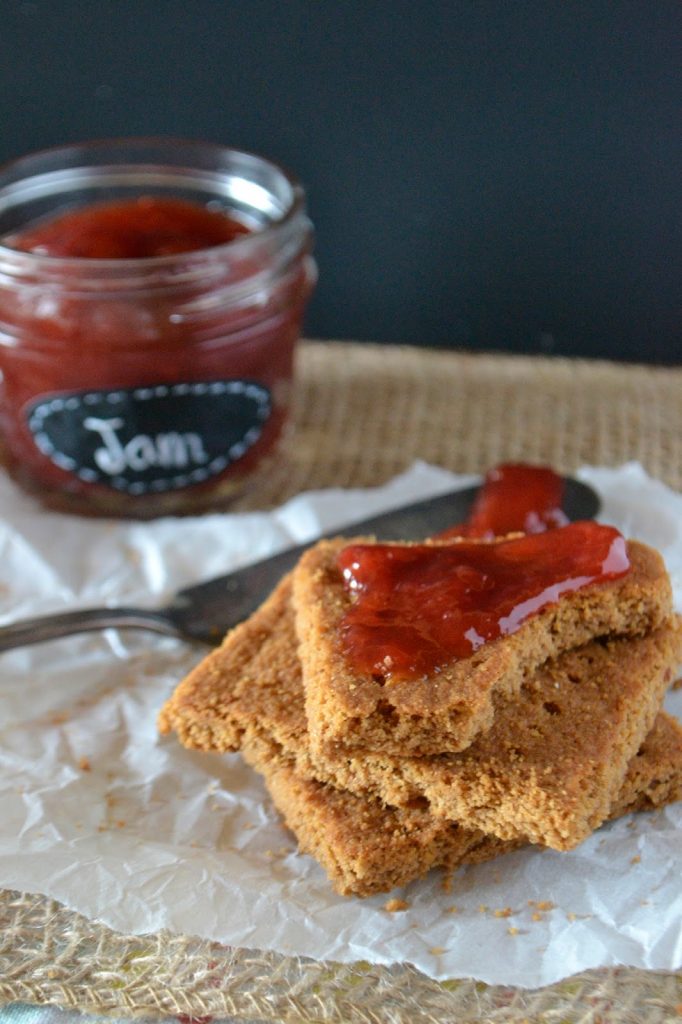 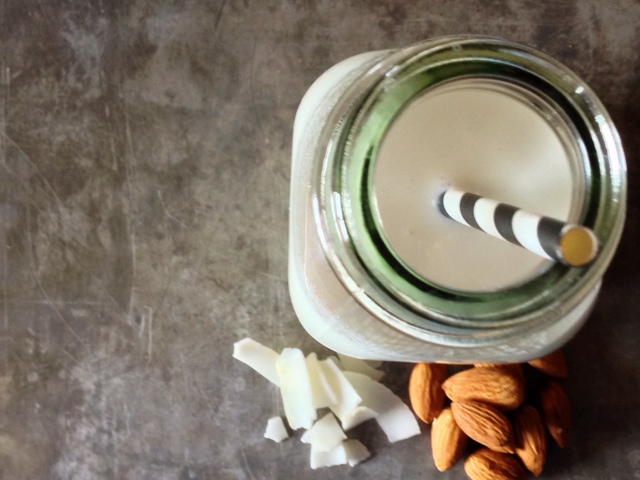 Have you thought about what you want to do when you get older?

I’d really like to open a bakery, maybe a Paleo bakery. I think that would be really cool. Anyone with allergies, or anyone who eats Paleo, could come and have these amazing baked goods. I would definitely consider culinary school. I also love traveling, and I think going to culinary school in Paris or somewhere abroad would be great. Or maybe I’ll do something completely different and go into the medical field. I wouldn’t be a nurse, but maybe a child life specialist so I could comfort people after surgery.

Either way, I still want to keep blogging. I haven’t written out my whole health journey, but I plan to. My doctors don’t know I’m doing Paleo. I was seen by a dietician and given a cookbook promoting the low-fat / food pyramid / artificial ideology. They keep encouraging me to drink Ensure or that Boost stuff. Personally, I’d rather make a homemade smoothie. 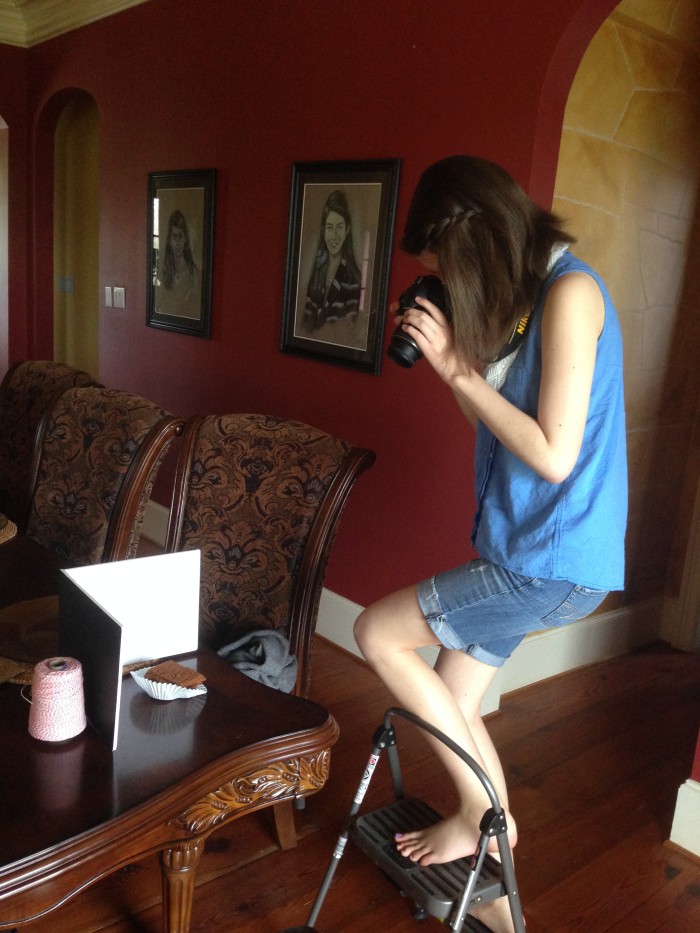 What would you want to tell someone just starting Paleo?

I would want to tell them that they will feel great and have more energy. I would want them to know the difference between real food and processed junk, and that matters. It might seem intimidating because of all the foods you can’t eat, but you just have to focus on what you CAN eat. Make those foods delicious. Eating real, whole, nutrient dense food is delicious.

Also, [if they’re sick] I would want to tell them that it can be scary, but things can get better. They should have a support system, whether it be through family or friends. It’s not going to be this way forever. I have ups and downs, and I get frustrated. I get frustrated when I can’t eat something I really want because my stomach is so full. It’s ok to get frustrated, you just have to try to focus on the good. It’s not worth being upset all the time. Just look at the positives and stay positive.

And finally, what do you hope people take away from your blog?

I guess my goal is to recreate old favorites. One of my favorite things is graham crackers, and I used to love eating them with peanut butter. So I recreated that recipe to be Paleo-friendly. I hope people realize they can still enjoy food, even though they can’t have things like legumes, dairy, or grain. You can still enjoy your favorite things, and my goal is to make those recipes easy and delicious. 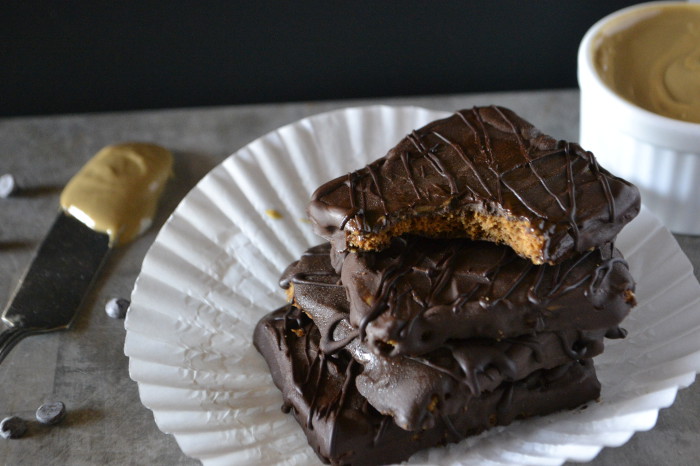 In case you missed it, check out yesterday’s post with Tess of Hold the Grain! 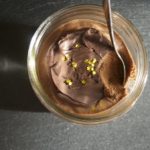 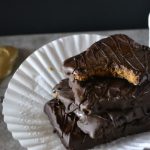 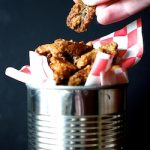 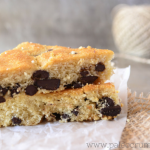 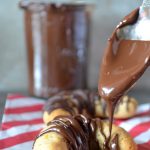 If you liked Macy’s story, you might enjoy reading our other interviews with these individuals. Our success stories have used Paleo to battle diabetes, anorexia, Glandular fever, CFS, Reynaud’s Phenomenon, and even Hashimotos Thyroiditis. Read their stories below: