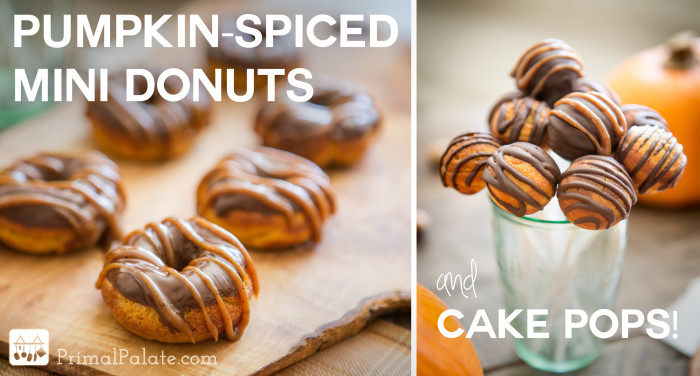 The other morning I woke up feeling like complete doo doo from this head cold/flu thing my body is fighting, but surprisingly I also woke up wanting to make a recipe for pumpkin donuts. Don’t ask me why or how, and no it didn’t come to me in a dream. I know the buzz word right now is pumpkin, now that fall is here, but for whatever reason I decided to make pumpkin donuts and you all will thank me for that when you taste them. 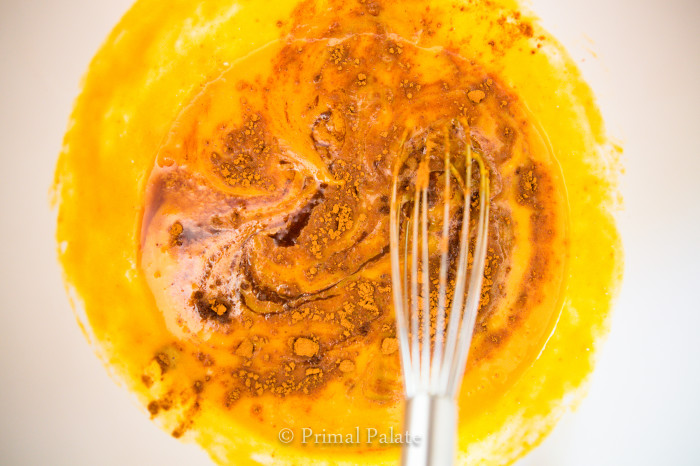 Although I had this idea in my head for the recipe, I couldn’t manage to physically make the donuts due to feeling like, as I said before…”doo doo.”  Serious head pounding, snot dripping, manly voice, doo doo. Even if I could make the donuts, I don’t think anyone would want to eat anything touched by me that day. Yuck. 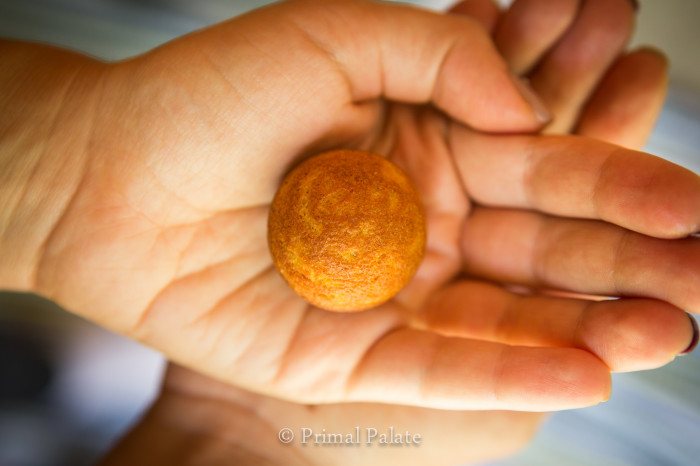 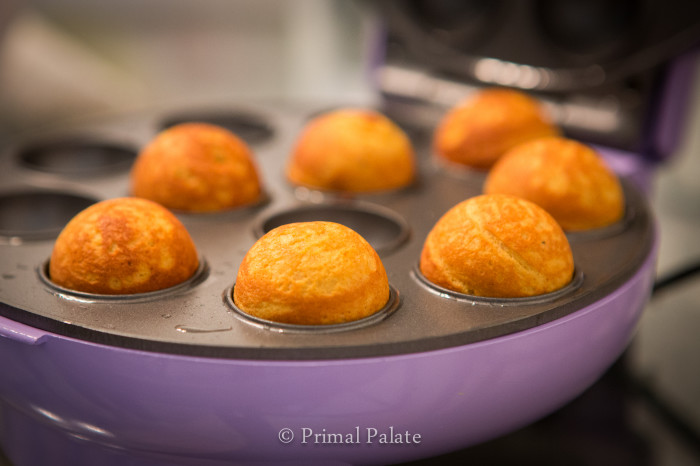 Yesterday we woke up and went to our chiropractor, Dr. Scott Mills. I have been sick twice (including now) since we started seeing Dr. Mills over a year ago, which is strange to me because before that I hadn’t been legitimately sick like this since before starting Paleo (by the way, the complete weirdo in me is actually grateful for being sick because I know my immunity will be stronger from it). No I’m not saying chiropractic care made me sick…my point is that I always feel badly going to see Dr. Scott when I’m sick because I don’t want to bring my germs into his office, or near him, but I know I need his chiropractic care to help me get better faster. Ultimately I take the selfish route and get my butt in there for an immune supportive adjustment. He calls it the “hole in one.” 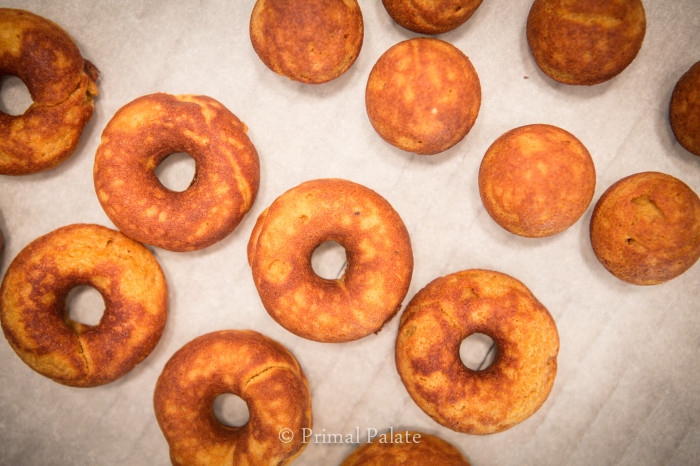 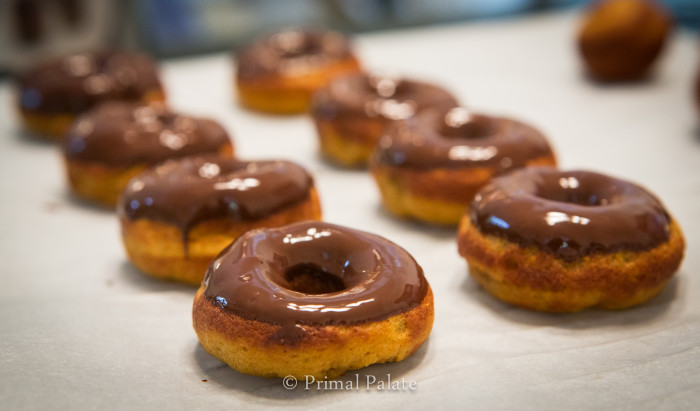 After our adjustments I told Bill I wanted to run to our Co-op for some items we needed to make these donuts. I was feeling up to it, and wanted to make them before I forgot. I picked up the ingredients we needed, and some other things–because who leaves the co-op with only what they came in for? Not me. So we headed home and got to work on the recipe.

For this recipe I started with our original donut recipe as a base, but instead of the addition of coconut milk, I used pureed pumpkin. I was actually able to use the pumpkin 1:1 for the coconut milk in the original recipe. The only modification I made was that I used half the amount of arrowroot flour from the original recipe, because the pumpkin made the batter thicker than when using coconut milk. Then of course some pumpkin pie spice, because a pumpkin dessert really isn’t a proper pumpkin dessert without the pie spice. 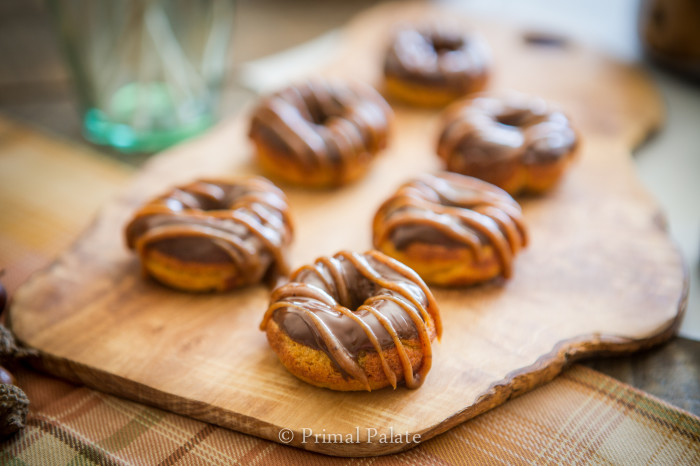 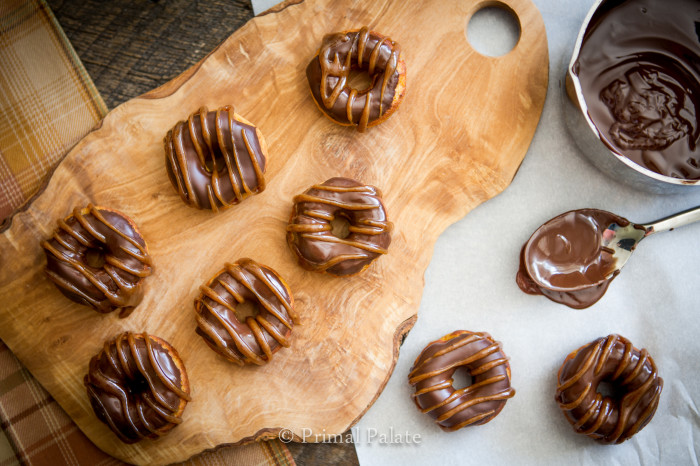 To make the donuts and cake pops (which also can just be donut holes if you don’t want to make them into pops) I used our Babycakes donut and cake pop makers that we got at Bed Bath and Beyond. The other thing I noticed about this recipe was that the addition of pumpkin caused the batter to need a longer cook time, so I actually managed to flip the donuts and cake pops in the donut makers half way through to make sure they cooked evenly with out destroying the bottom of them. You have to be very careful when flipping the donuts because it is very hot and you can burn yourself. The cake pops were a lot easier because they just rolled around. If you are making this recipe in a donut pan in the oven I wouldn’t recommend flipping them, I would just let them cook on the one side. 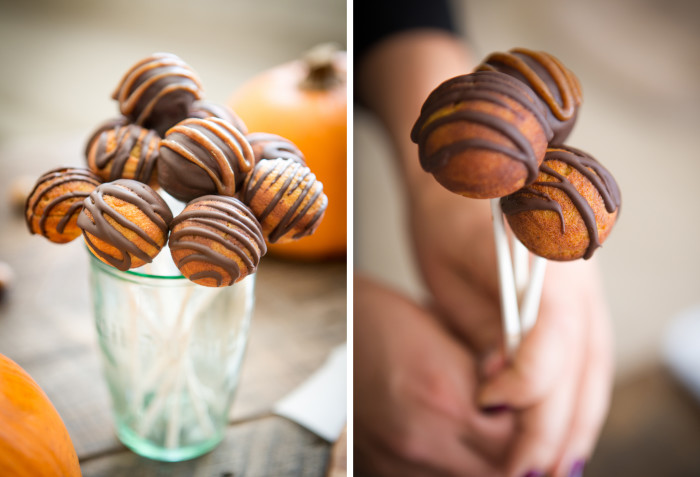 The other great thing about this recipe is that it is so versatile. We have had a few people tell us that they made our original donut recipe into waffles and pancakes, and they turned out fantastic! And we have used our original donut recipe to make mini cupcakes as well. You can definitely do the same with the pumpkin ones. If you don’t want to make donuts, you can make this recipe into pancakes, cupcakes, or waffles. With the addition of the chocolate and caramel drizzle, this dessert is perfect to take to a halloween party. It looks very festive! 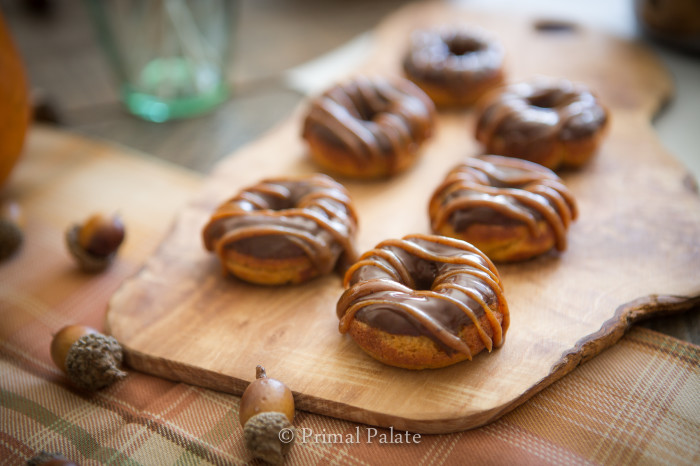 We gave a few of these to Bill’s parents and later on got a text that read…“Dad and I just ate the donuts and cake pops. They might be some of the best things we’ve ever had! OMG!!!!” 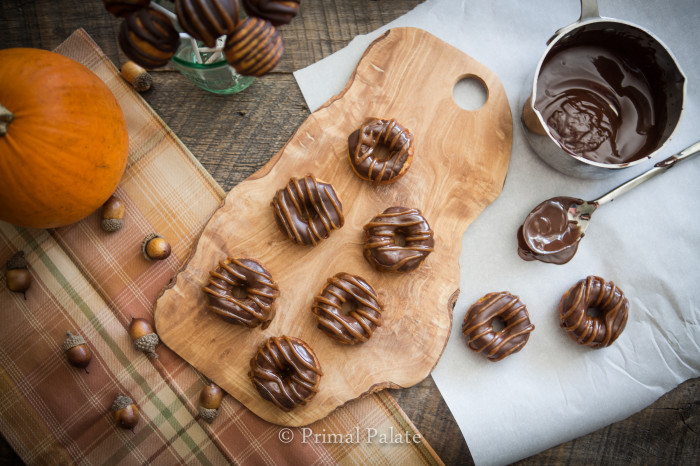 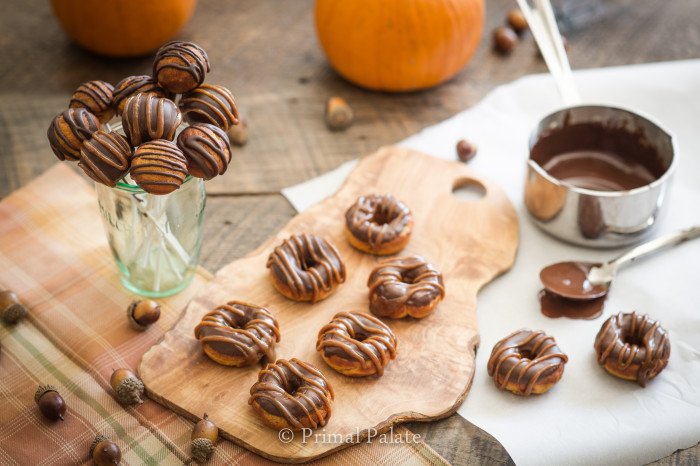 (Fall 2015 update: we JUST introduced a new product in our line of organic spices, including a fantastic Pumpkin Pie Spice, which is super flavorful and fresh. You’ll love it! Click the image below to learn more) 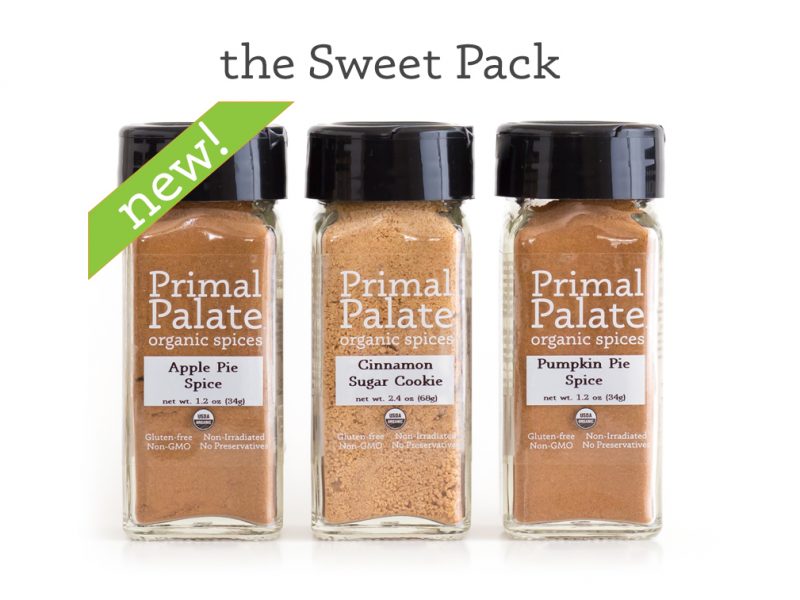