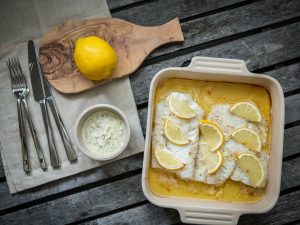 One thing that Bill and I do not make an effort to eat enough of is wild caught fish. We both love seafood, but for some reason we just don’t eat it that often. Every now and then we will get a craving for some fish, and that is exactly what happened the other night. We were walking through to grocery store, and out of now where I said “let’s go take a look at the fish.” After grabbing a few produce items, we headed over to the fish counter and spotted some tasty looking wild caught cod.

As the man behind the counter was weighing our fish I could see the wheels turning in Bill’s head. I was thinking just simply bake the fish, but Bill wanted more. Off he went to read every label on every bottle of tartar sauce he could find. “Good luck finding anything with good ingredients” I said. “Man, this crap is all junk!” Bill replied. Now we were heading home to make baked fish AND tartar sauce for dinner.

Since less is always more in our minds regarding food, we threw the fish in the over with a few pieces of butter and slices of lemon laying on top of the fish, and as for the tartar sauce–we used our mayo as a base, and mixed in a few more ingredients just from our memory of what tartar sauce tastes like. It turned out to be quite tasty! Bill really enjoyed the dinner, and that always makes me so happy. 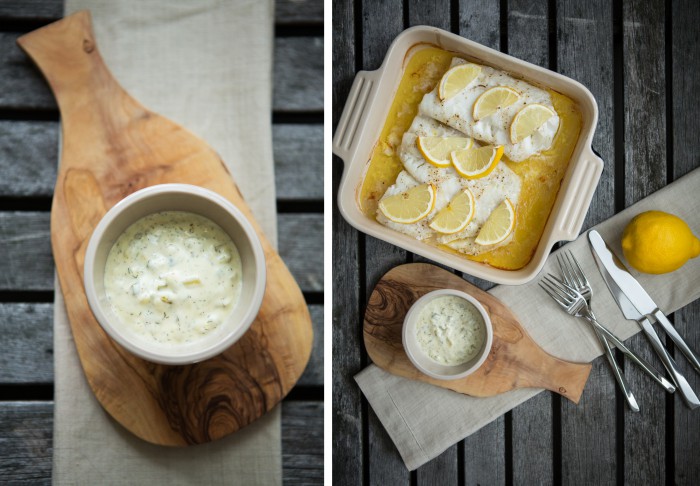