I couldn’t count the number of times someone has asked me, “If you had to suggest ONE cookbook for people just starting Paleo, what would it be?” I have to say, Paleo Takes 5 or Fewer by Cindy Sexton might be my new suggestion.

Paleo Takes 5 focuses on everything I love about Paleo: simple, real food. It bugs me to no end when a Paleo “beginner” is intimidated by the grain-free lifestyle because it seems overly complicated, or just plain hard. Paleo was never intended to be hard. Paleo was meant to get people “back to the basics” in their way of eating. [And since when are “the basics” synonymous with complicated?] 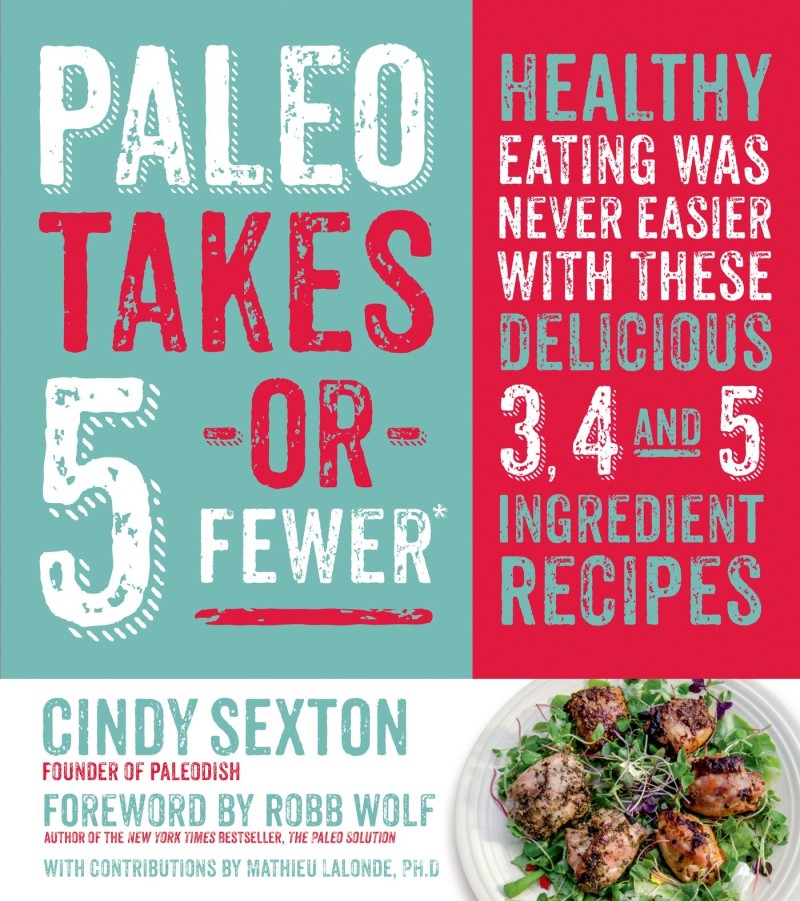 Rather than organizing recipes by course (i.e. side dish, entree, desserts, etc.) Cindy has divided her book into the number of ingredients included: three, four, and five. Yes – she has an entire chapter dedicated to recipes containing a mere three ingredients. While many people may mistakingly believe a limited number of ingredients would equal a bland recipe, this is far from the truth. Good food IS good, and I truly believe the best recipes are those that let the flavors speak for themselves.

Beyond her overall concept of the book, I loved Cindy’s story as well. For those of you who don’t know Cindy, she runs the blog PaleoDish and is known for her simple, delicious recipes. Cindy’s story shows that Paleo is for the masses – not just those diagnosed with celiac disease or another autoimmune condition. Following a trying time in her life, she decided she was going to completely overturn her diet and exercise routine. After switching to Paleo and joining Crossfit, she felt better both mentally and physically. My favorite line in her entire book was when she explains her lifestyle to others: “People often ask ‘Why should I start eating this way,’ I say, ‘Why not?’” Just like her recipes, her philosophy and reasoning don’t overcomplicate things.

After browsing through her recipes, I decided upon the Buttery Lamb Chops Infused with Mint and Lemon. Simple, right? 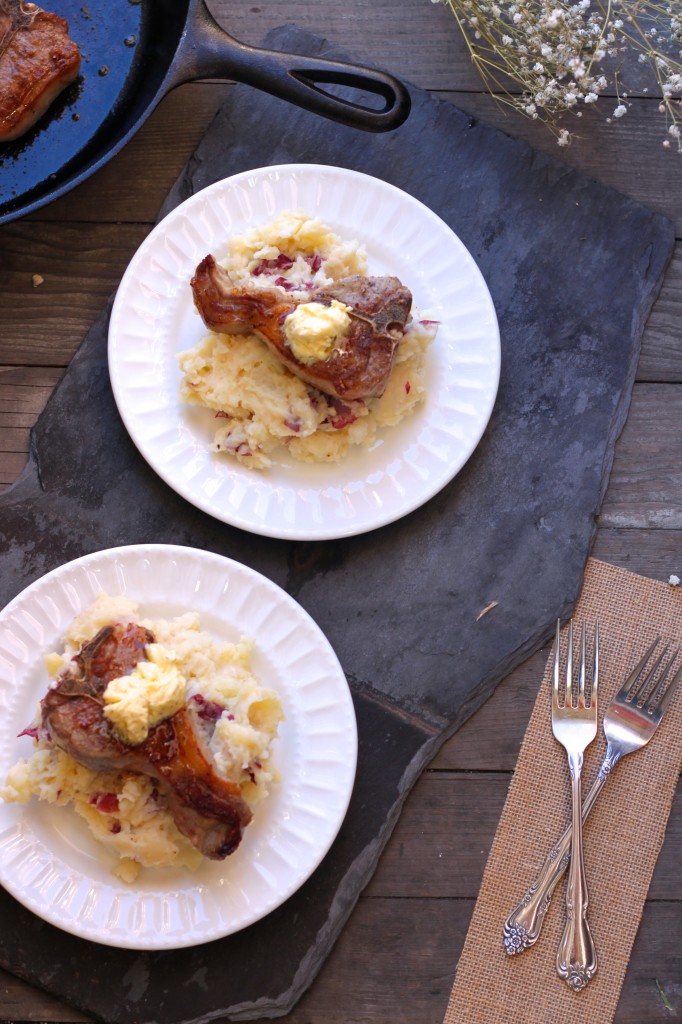 Well, I know this may sound ridiculous, but I had never made lamb chops before. Yes; I work for a food company, but it wasn’t so long ago I was the single worst cook on God’s green Earth. In my head, hearing the word “chop” made me think pork chop. Which caused all sorts of confusion when I saw how small the lamb chops were at the meat counter. I literally had to text Hayley and Bill to see if I was missing something, to which Hayley replied, “Yes Kara…a lamb is smaller than a pig.”

Beyond that mildly embarrassing moment, I had zero issues in preparing this recipe. I paired the lamb chops with Cindy’s garlic mashed potatoes (found under “Pork Belly and Garlic Mashed Potatoes”). Both were incredible. Potatoes are my absolute favorite food, and these were the real deal – no cauliflower in these guys. The lamb chops were juicy and delicious, and I could have eaten the lemon butter with a spoon. 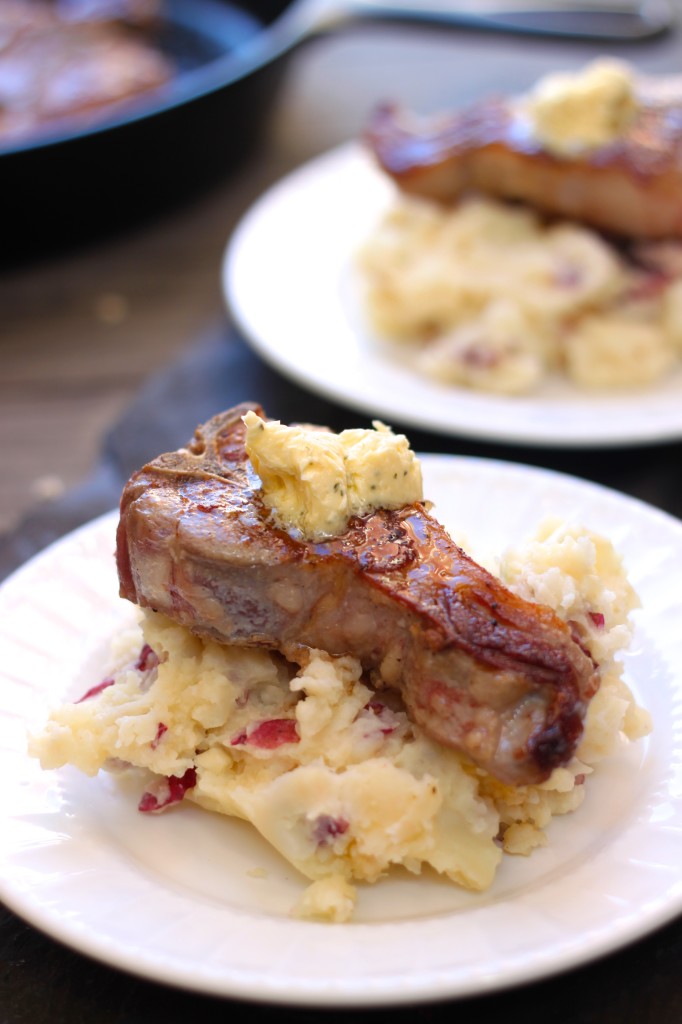 There are many recipes I can’t wait to try in this book, including:

Oh, ONE final thing – there are NO desserts in this book! Which brings me back to my original point: this book is perfect for a simple, balanced Paleo recipes. You will not be distracted by Paleo brownies or pancakes, but instead focus on clean, nutrient-dense foods. I would recommend this book to anyone, but especially those looking for a solid gateway into the Paleo lifestyle. 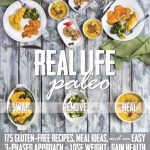 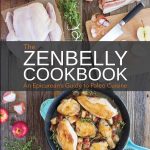 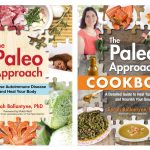 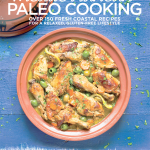