“So…Do I get to be the taste tester?”

I live with four roommates, who are anything but Paleo yet probably love my job more than I do. Or at least when I come home with a stack of cookbooks to review. I was making the Mongolian Beef recipe from Paleo Parent’s new book, Real Life Paleo, and my roommate Amy (who rarely even eats red meat) was staring at it. At which point I told her she had to try the sauce. 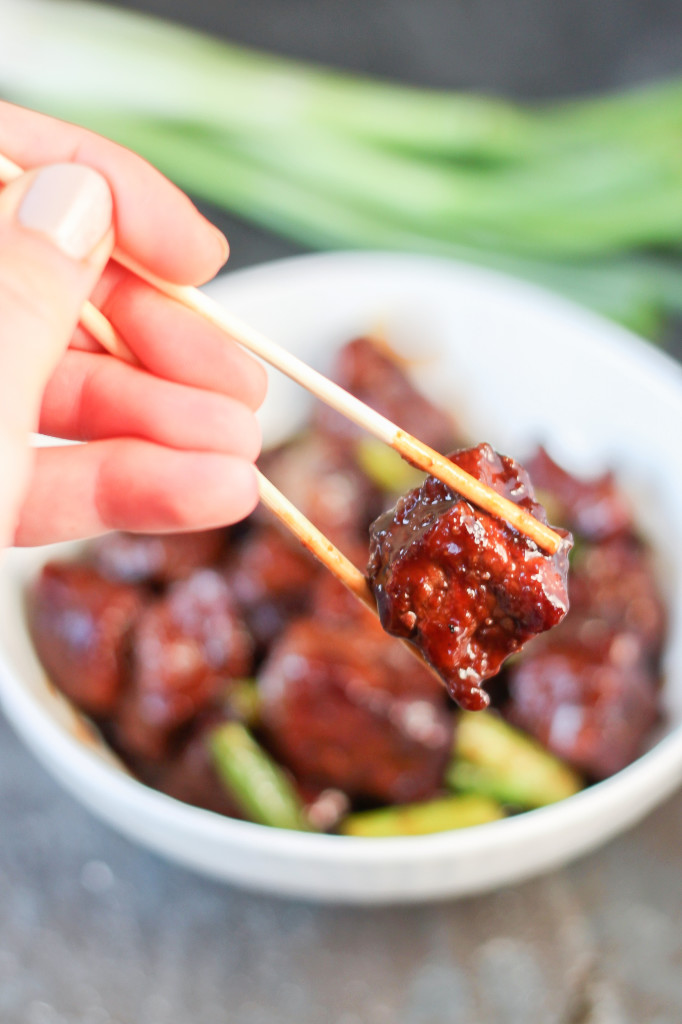 Her reaction: “HOLY CRAP I’d pour that over anything!”

So while I snapped pictures of the Mongolian Beef and Drunken Carrot Noodles (which I made as a side dish) Amy stood next to me dipping celery sticks in the extra Mongolian sauce like it was bleu cheese dressing on wing night.

I feel like I could stop my review here and you would get the general idea of how awesome this recipe was.

The thing that I love (and respect) most about Stacy Toth and Matthew McCarry is their practical approach to healthy living. If you don’t know much about these two, they have raised their three boys on a Paleo diet, for the better part of their young lives. Shortly after the Paleo Parents lost a combined 180 pounds on Paleo, they switched their entire family to a grain-free diet. So if you think Paleo is hard, try raising three boys without pizza and pasta. I give them mad props for that one.

Stacy and Matt have only declared themselves “Not Paleo Perfectionists,” and proudly proclaim their love of sushi on Instagram. They’ve been able to raise their family in a healthy, balanced way that feels anything but restrictive. Which, makes the title of their newest book, “Real Life Paleo,” so fitting. 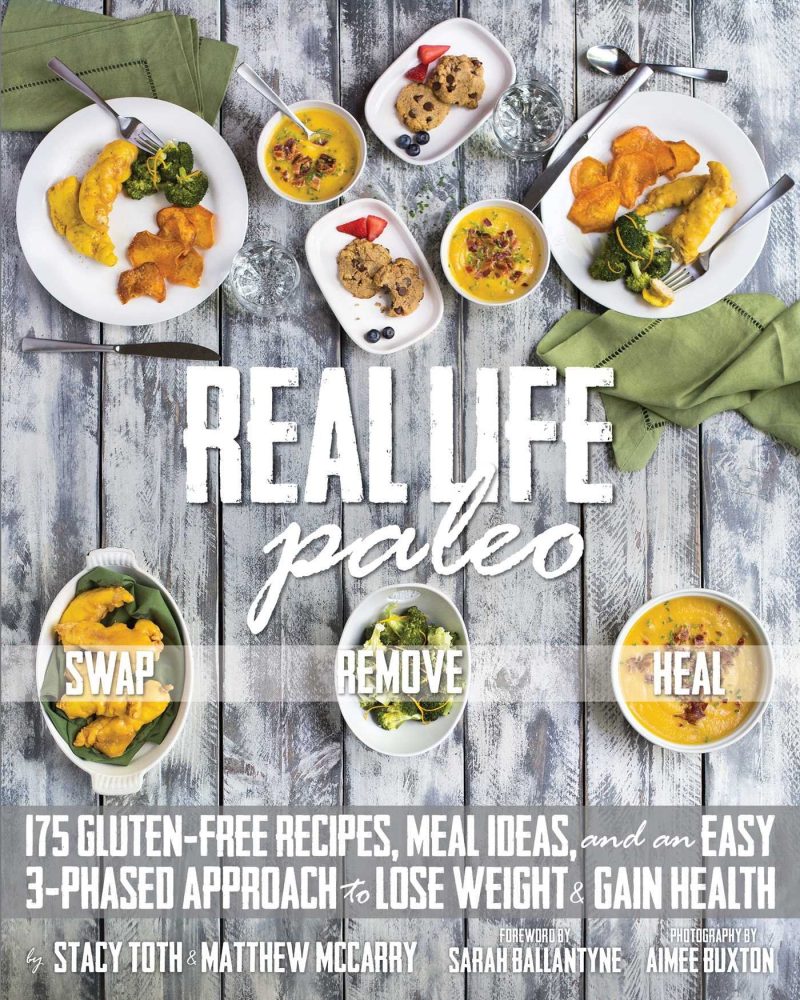 The Paleo Parents do an excellent job of sharing tips and strategies that have worked for their family in their book. One of my favorite resource pages is their “Going Out Guide,” at the beginning of the book. They address questions you should be asking your server, take-out options, and even guide you through casual dining/fast-food options. They also have an excellent “Food Swaps” section, guiding you through “Good, Better, Best” options while grocery shopping.

Flip to the recipe section, and you’ll find dishes that are very family-friendly, and geared toward any occasion. They offer a “Kid’s Menu” complete with chicken nuggets; a wide variety of Chinese and Thai dishes, and many delicious baked goods for brunch or dessert. Stacy and Matt also have an impressive list of dishes that are (surprisingly) dairy-free, including a lasagna made with a Cashew “Cheese” Sauce. 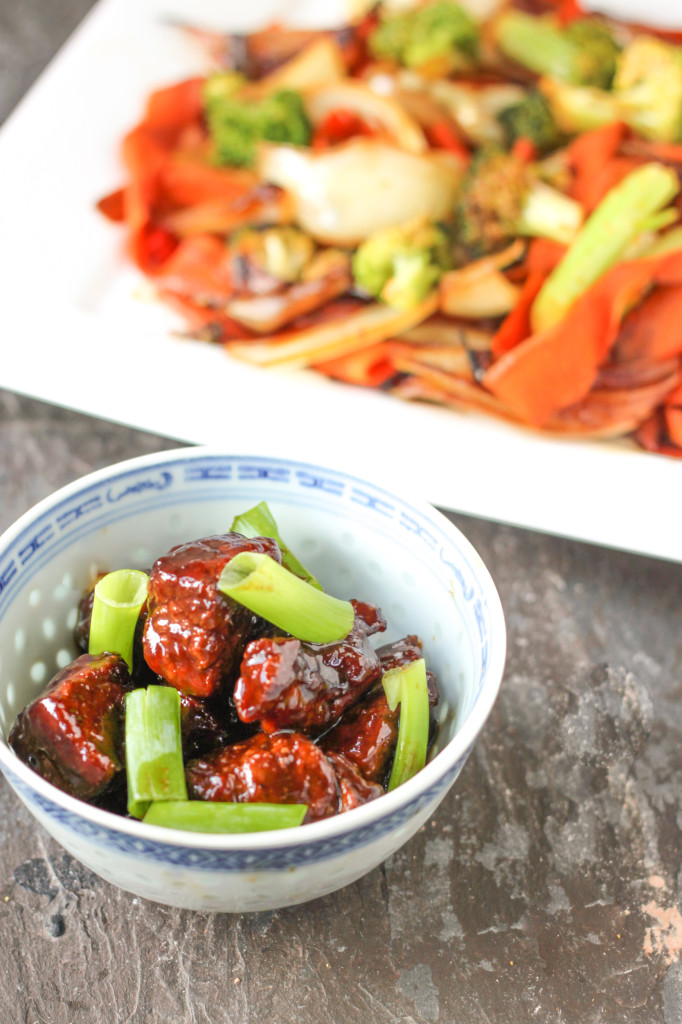 I chose to make the Mongolian Beef almost immediately because I love Chinese food but have never made it on my own. I had a tougher time deciding what to pair it with. Don’t get me wrong – I love cauliflower rice, but I’ve also “been there, done that.” When I get a new cookbook, I want to try the author’s newest recipes! The Drunken Carrot Noodles were awesome as a side dish – I simply left out the protein and stuck with the veggies and sauce. 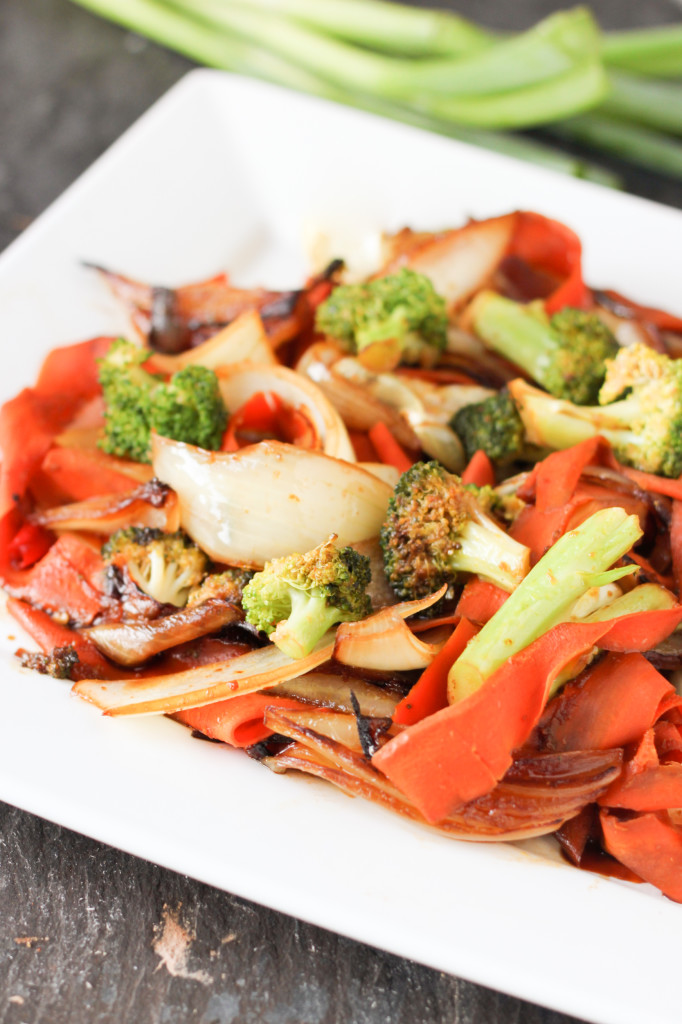 I was actually shocked at how easy this dish was to prepare. My only gitch came in the second step of the Mongolian Beef recipe, when you should allow the cooking fat to reach 350 degrees before searing the beef. Do not skip this step. [Obviously I’m telling you this because that’s what I did at first.] Allowing the fat to reach such a high temperature while give a nice, crisp sear to the meat.

The only reason there was any leftovers from this recipe was because I promised my roommate I wouldn’t throw out the extra sauce. She ate it for breakfast over quinoa. Definitely not the most appetizing concoction I’ve ever seen, but I took her word that it was still delicious. 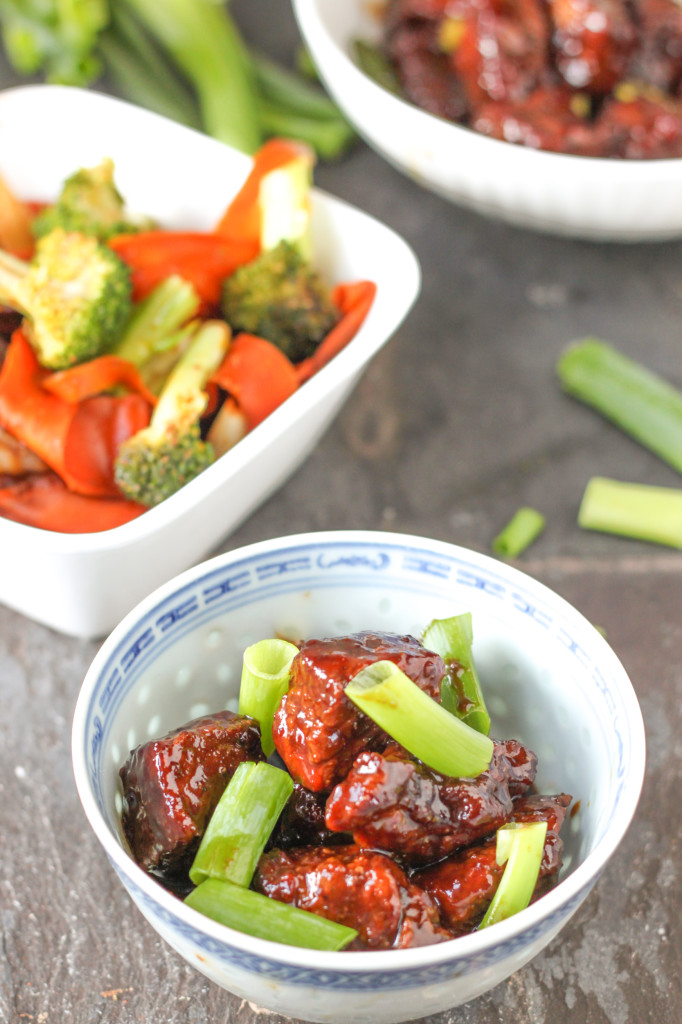 So if you’re looking for an awesome Paleo cookbook that has a little bit of everything, plus great tips for raising a family on Paleo, I highly recommend this one!