Where are they now? Steve’s Paleo Success Story Update

For our second installment in our “Where Are They Now?” series, Kara reconnected with Steve to talk to talk about how things are going for him these days. (Read the original interview here) Steve looks like he’s a full blown badass! -Bill 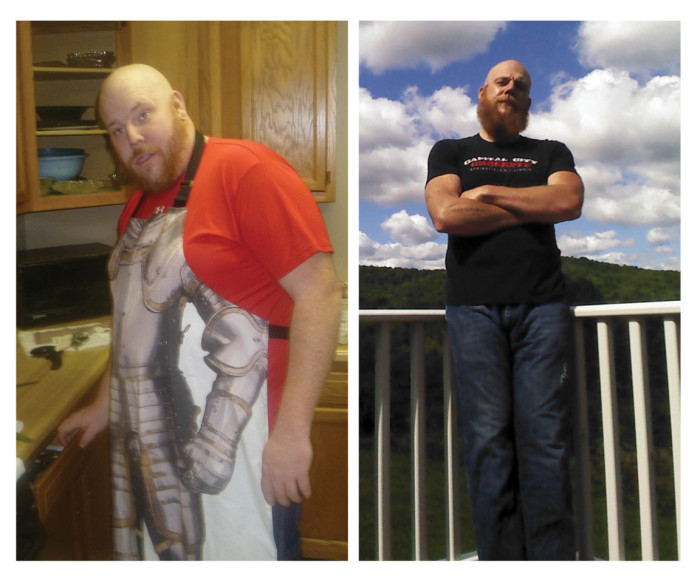 When we last spoke, I was working as a park ranger in Pennsylvania. Due to budget cuts, I returned to Illinois to teach social studies. I decided to pursue my masters, and started grad school this fall. I love being back in the classroom. It’s been a great couple years, and will finish my masters in public history in fall of 2017. I joined the Army National Guard to help cover tuition, and have an internship at the Lincoln Presidential Library.

I joined the guard in January of 2014, so I just finished my second year. That was an experience. I entered boot camp at 32 years old. I was—by far— the oldest one there. In many cases, I was older than my instructors. So much of training is just them trying to mess with your head, so I had a mental advantage over the younger guys. Physically, it was hard being the old guy keeping up with people twelve years younger than me. 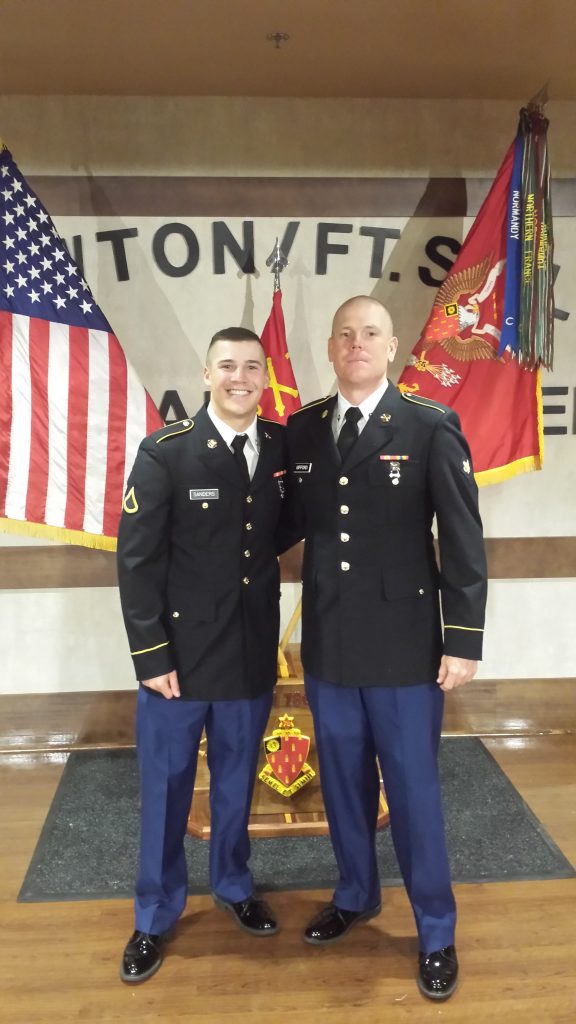 Two years ago, you reached eight percent body fat through Paleo and CrossFit. Do you still CrossFit?

I workout five to six days per week. I’m back crossfitting at my original gym—the one that watched me start my transformation in 2011. I’m back with people who knew me when I was a real big guy. With my original group, they all know my struggle and are really supportive. It’s interesting being around them, doing all the things I couldn’t do before.

I’ve done a few competitions here and there. I’m dating a girl who is a competitive power lifter, so I’ve learned how to power lift and see things from a different perspective. There are days when I’ll be in the corner of the gym benching, and the rest of my gym is like, “Man, what are you doing?” 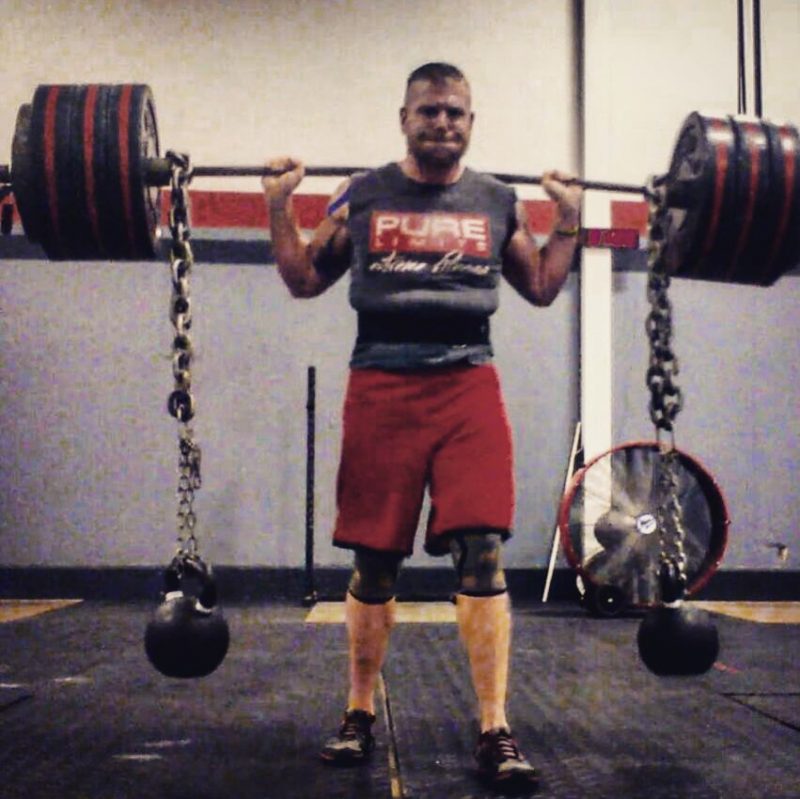 Alright, let’s go to the other side of the coin: Are you still Paleo?

I still follow a Paleo template, although the army gets a say in my life each month. I just make the best choices I can. Sometimes, there isn’t a choice at all. You’ll walk into the cafeteria and they’ll say, “Ok…do you want spaghetti with meat sauce, or spaghetti without meat sauce?”

I had to take something I originally adopted, and go back in and re-evaluate my choices. The things I had to eat at boot camp are different than what I originally ate. I was eating bags of food that were made in 2012. It’s been a real growing experience. 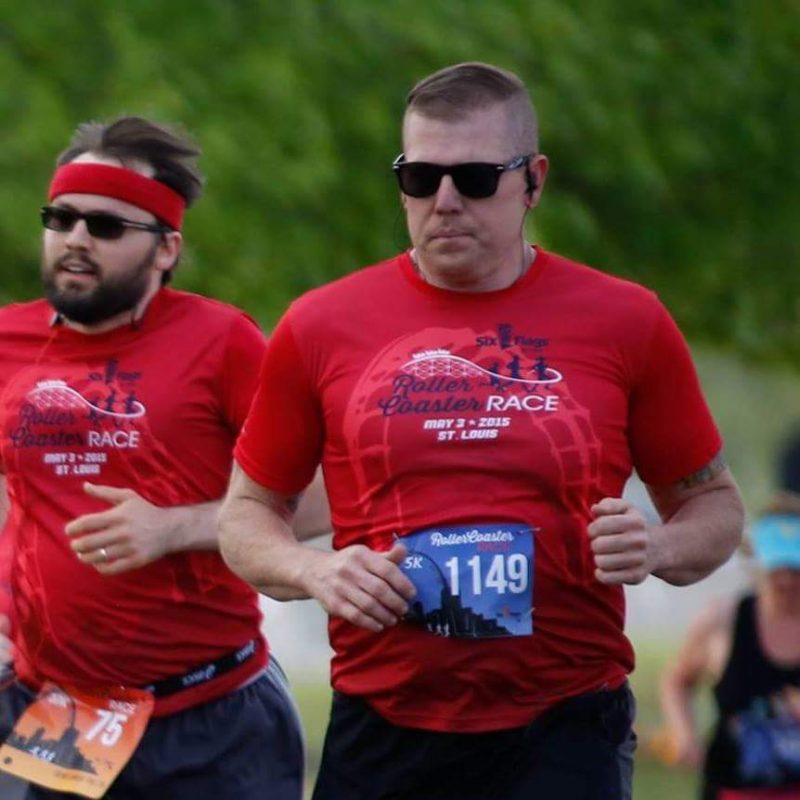 You were following very strict Paleo the last time we spoke. What was it like going into basic training, where you have zero say in what you eat each day?

I knew it was coming. I knew I would be eating in a dining facility where I would have to eat whatever they made that day. For two or three weeks before training, I experimented with different things: I ate rice again, tried a few different vegetables, and added beans back in. I thought, “I can eat these things, and I’ll work around it.”

Luckily, the cafeteria worked on a recurring lunch schedule. I spent the first couple weeks figuring out what would be served each day. They always had a salad bar, so I ate a lot of salad. If chicken sandwiches were served I would pull the bun off. For breakfast, they always served hardboiled eggs. I would choose turkey sausage, hardboiled eggs, and a piece of fruit; and skip the egg casserole. Lunch and dinner was always a salad as big as I could fill my tray with, no dressing, and whatever they had as an entrée on top my salad. Essentially, I got used to really weird salads. At one point, I actually had a salad with Salisbury steak on top.

Salads, at basic training?? Weren’t you starving all the time?

Basic training is designed to trim fat. I was at basic training for ten weeks, and over the course of five months I lost thirty pounds. I left looking sickly thin. I was eating at a deficit, with no weight training. All the muscle mass I gained from CrossFit, I lost. That was two years ago, and I am just now getting back to where I was. You can’t take five months off and not have a long road back. 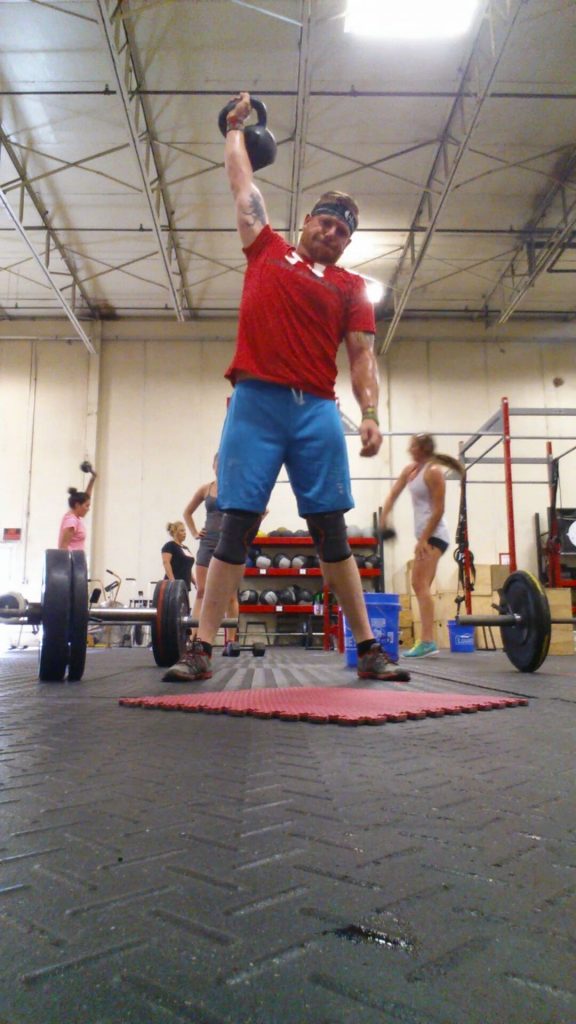 Did basic training change the way you eat when you’re not at camp?

With my life the way it is, things are a little different. I’m pretty strict most of the time. I didn’t feel great eating those things in the weeks leading to basic training. Yet, boot camp would have been a far more miserable experience had I not eaten them. Having to run, be stressed out, plus eat those things would have been miserable.

Has your perception of Paleo changed?

My cheat meal now is chips and salsa. Most people are like, “Really? That’s what you want?” Having cheat meals doesn’t stress me out much anymore. I used to have this mindset that if I broke, I would go crazy. I thought I would lose everything because I left the framework I built for myself.

Now, if I have something I don’t normally have, I can acknowledge I don’t normally have it. Then I go on with my day. I understand I’m bound to the system built—but I was the one who built it. Therefore, I have the power to modify it, and it’s not the end of the world.

Last time we spoke, you told me you didn’t eat your own birthday cake. You blew out your candles, but your family at the cake. Is this still the case?

I’m still low carb, and don’t eat much fruit or sugar. I have made changes to fit the situation I am in. If today were my birthday, I probably wouldn’t eat the cake because I wouldn’t want it. Before, I didn’t eat it because it was cake. There’s a different set of motivators behind my decisions now.

Eating Paleo was a big part of my identity, and it was scary to change that. Early on, I thought, “This is what works, and this is what will always work because this is how I lost the weight.” I thought if something changed, my weight would shoot back up again and I’d be huge. Now, I know I can control and modify my diet as necessary. I realized what I did to lose the weight would never be the same as what I need to keep it off.

There is a difference between losing weight and keeping it off. What has worked until this point may not keep working for you, and don’t let that freak you out. You’re not knocking bricks out of a wall, and that wall isn’t going to crumble because you took away the foundation. Whatever you’re doing, you’re doing because you want to make your life work for you. I was so afraid to change things up. Know that the hardest part—the initial change—is over. Once the ball gets moving, it has its own momentum. The hardest part was always getting started, now you just have to evaluate and modify as needed. 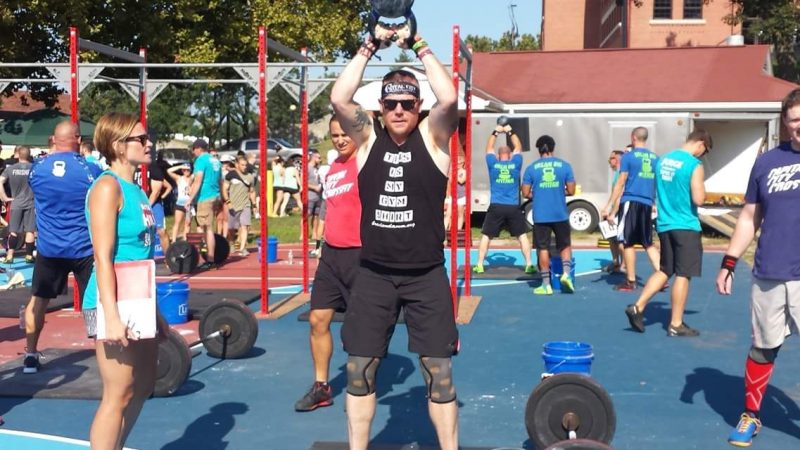