Where are they now? Jeanne’s Paleo Success Story

I can’t believe it’s been three years since I first started working with Primal Palate, and two and a half years since I started interviewing Success Stories. I cannot tell you how much this group has inspired me—from a man who lost 200 pounds in a single year, to a high school girl who had such a positive outlook, even while eating through a feeding tube.

Losing weight is hard, but keeping it off is even harder. Two years later, we’ve gone back and caught up with our Paleo success stories. To see how what they’ve been up to, a glimpse into their workouts, and if they’ve kept the weight off—keep reading.

Thank you to all of our success stories—it’s been great speaking with you these past few years! Kara 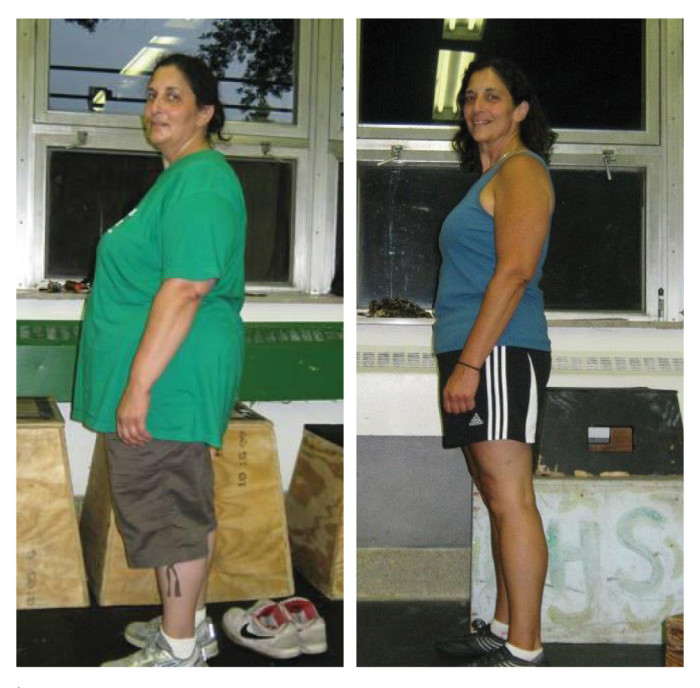 How she lost it: Paleo, CrossFit 3-4 times per week, walking

Where is she now?

I’ve lost thirty more pounds since we last spoke, so 140 pounds total. I’ve gone through different periods where I stayed the same weight—some lasting a full year. I had to ask myself, “What’s different? What’s not working?” I actually found I was restricting myself too much. My body wanted to hold on to weight from exercising too much or restricting too many carbs. It’s nice to know I can chill out and not be that strict.

Do you still have cheat days?

I don’t really have cheat days—or even cheat meals—anymore. For awhile, I would have an occasional treat if it was there. Now, I won’t even do that. It doesn’t feel good to me. Last year on my birthday, my sister was going to make me a Paleo dessert. I didn’t even want that. Instead, she made all the fancy vegetable dishes. To me, that was as satisfying as any sweet thing could ever be. I never thought I would hear myself saying that in a million years.

I’m so happy to hear you’re doing so well! How have you kept the weight off?

My body has changed. I turned fifty this year, and I needed to make a few adjustments. In the beginning, as long as I ate Paleo I lost weight. I never focused on calorie restriction, but at some point, they do matter. I had to cut back a bit on calories—even meat. When I started CrossFit, I thought I needed protein afterward. I thought I could eat whatever I wanted; and for awhile, that worked.

I have way more muscle than I’ve ever had. I recently moved to St. Paul and found a whole box of clothes I thought I had thrown away. I could fit my whole body in one pant leg. Most of the time I think, “This is the new me,” and I forget where I used to be. 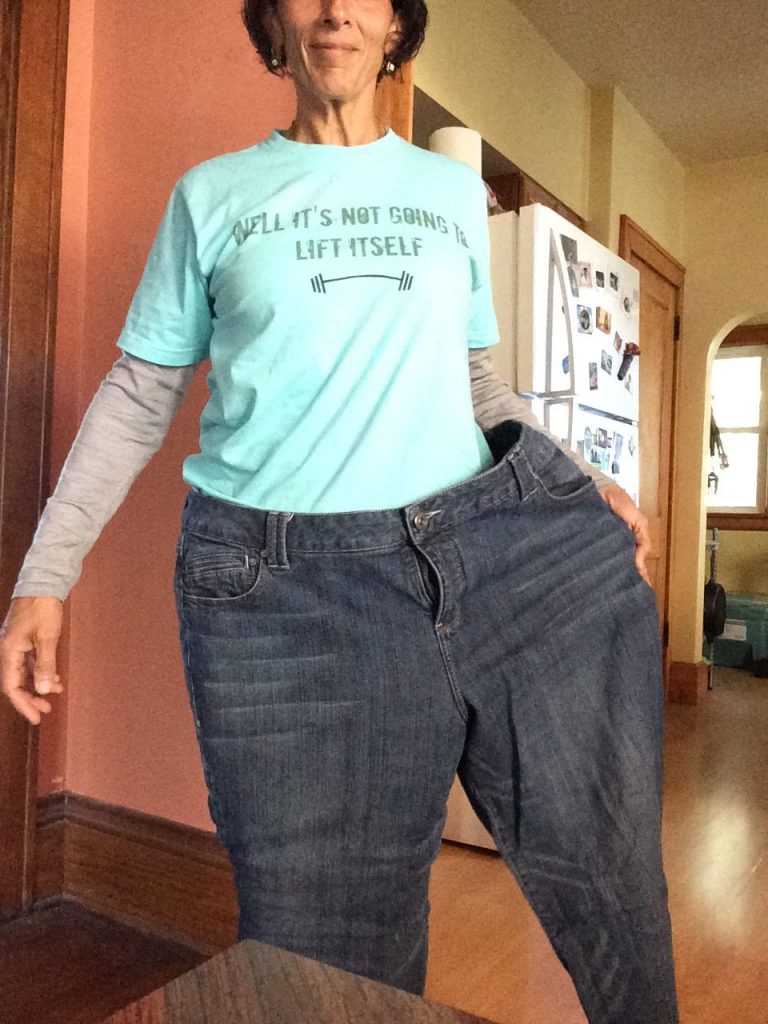 Do you think you’ll keep CrossFitting?

I got into rock climbing here, so I joined a rock climbing gym. My kids bought me a set of kettlebells for Christmas so I can workout at home. I’m not sure if I’ll join a CrossFit gym—I hear there’s a great kettlebell gym in town.

Can you believe how much your life has changed in the past few years? You have lost more weight than any other female we have ever interviewed.

I’m a totally different person, in every way. I feel so much better, and there’s so much more I can do. Being active really helps my mood. I think the sugar and wheat I was eating contributed to depression. Eliminating those foods really improved my mood, even if I hadn’t lost the weight. 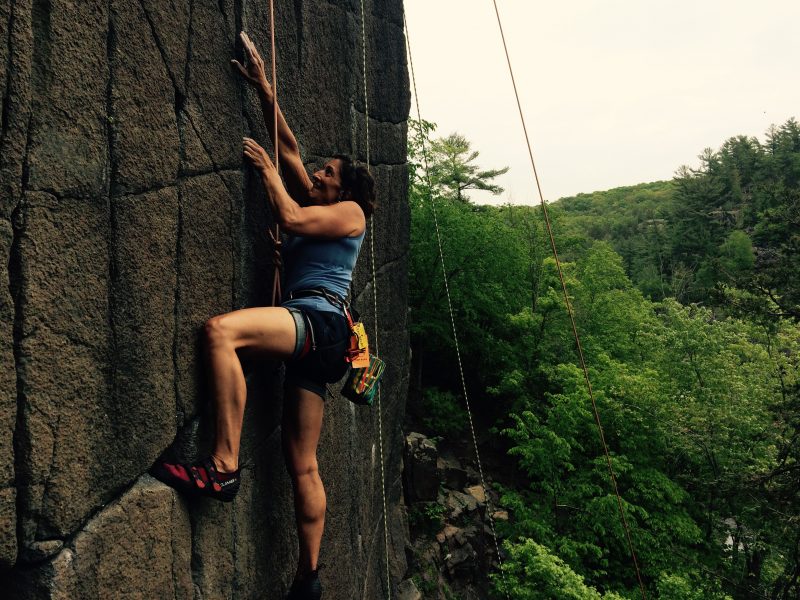 What do you want to leave people with?
Once in awhile, I’ll have that moment when I’ll see a group sitting around having cake or pie, and I think, “I wish I could still do that.” Then I ask myself, “Ok, what would that look like? I would have a piece. Then, I would have another piece, and finally I would just go back to how I was.” Today, food is fuel for me. I eat the foods that give me the energy I need. I was once addicted to food. Now, I’m in such a good place I just want to keep it there.

If you want to learn more about Jeanne, be sure to read her story on how she lost the weight.