Where are they now? Grace’s Paleo Success Story

This is the first installment in a series of “Where Are They Now?” follow ups on some of our most popular Success Story interviews. Kara tracked down Grace to talk to her about what life has been like since they last spoke. (Read the original interview here) Grace’s ongoing transformation will amaze you! -Bill 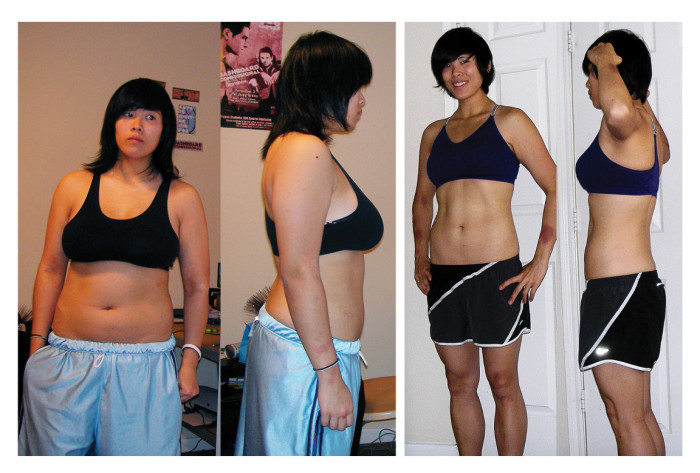 It’s been two and a half years since we last spoke. What have you been up to!?

When we last spoke, I was getting my degree at Mizzou. I always wanted a higher education, so I enrolled to get my masters. Rice has a one-year masters program for bioengineering, versus the typical two-year program. I graduated, then started working in Houston for an IT consulting company.

You were really getting into CrossFit the last time we spoke. Have you been able to find a balance between CrossFit and working full-time?

Yes—I belong to a CrossFit gym here in Houston and started coaching. I’ve received my Level II certification, and as of Monday, I went to coaching at the gym full time. I decided my passion is coaching, and eventually I want to open my own gym. 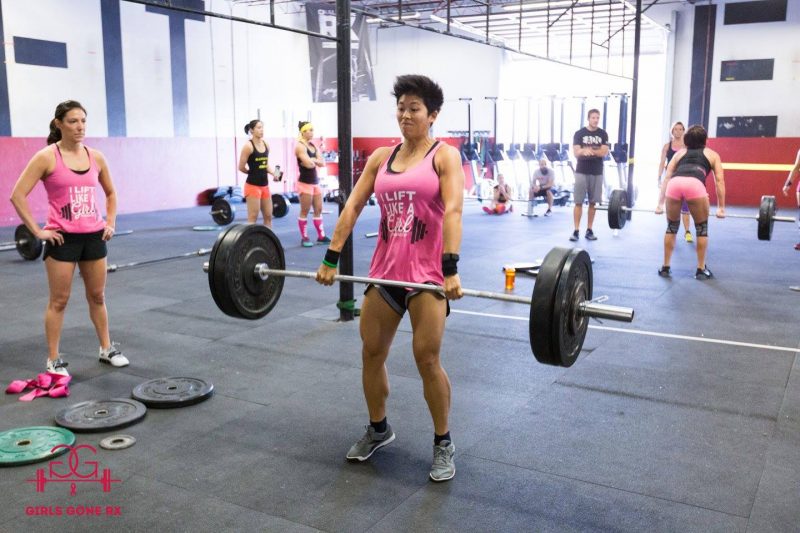 You have a masters in bioengineering and you just became a full-time CrossFit coach? Did people say, “What did you go to school for!?”

Ohhhh yes. So many people said that—mostly relatives. I come from a traditional Asian family, where education is valued. It was a year-long process to get them to see where I was coming from. Now, they’re supporting me, as are my friends in Houston. They want me to follow my dream.

You once told me your biggest motivating factor was inspiring others. Is that was draws you to coaching?

Yes. It’s just that. Every time I coach, I cannot tell you the amount of joy it brings me. It’s really draining physically, but mentally it builds me up—does that make sense? I’m tired at the end of the day, but energized at the same time. 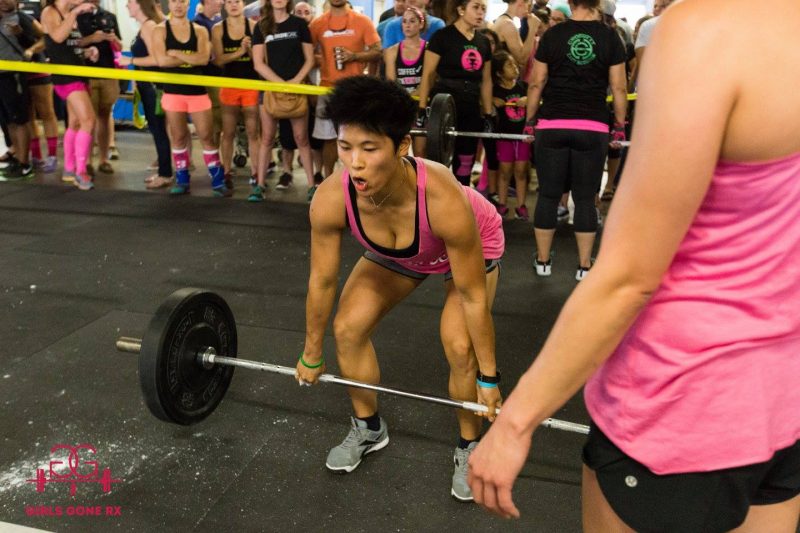 I got Level I certified in 2014—almost two years ago. I’m a pretty quiet person, I don’t shout at people, so I wasn’t sure I could do it. As I started getting more hours I realized I could do it—and I’m pretty good at it. I started coaching 10-12 hours per week on top of my job, and now I’m full-time.

I have found more satisfaction in coaching than I have in anything else. Every time I coach a class, I see the manifestation of what I’m doing in someone’s life. It can be something as small as jumping on a box for the first time. But to that person, it could be such a huge victory it brings me immeasurable satisfaction. Being a positive influence in people’s lives every day is what drives me to coach. Seeing that change in them is one of the coolest things ever.

Beyond coaching, how is your own training going? Do you compete, or is that not something you’re interested in?

I CrossFit about five times a week, with two rest days. I’ve done several local competitions. I’m interested in competing at a local level, but I’m not sure I’ll ever be good enough to compete at regionals. Who knows though, maybe we’ll have a team one day. 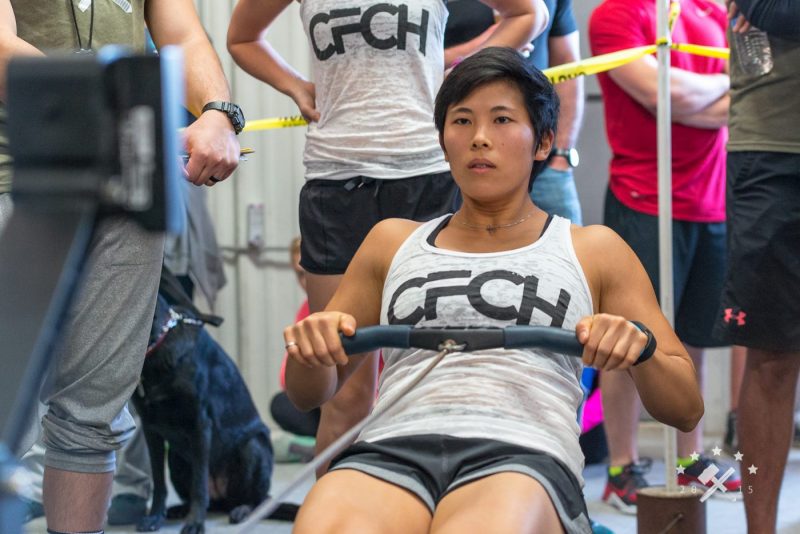 What about nutrition? Have you continued Paleo?

I’m Paleo-ish, but I’m not completely strict. Here and there, I’ll have cheese and gluten-free bread. I still try to eat as clean as possible. When I don’t, I don’t feel good—it’s like having hangover, but with food.

We definitely promote Paleo and clean eating at the gym, and we do a Paleo challenge each year. Sometimes we don’t say the word Paleo because it sounds restrictive. When someone has a nutritional question, they come to ask one of the coaches. Usually, when you see a big change in someone, it’s because they started eating right.

You just made a major career shift so this question may be a little premature, but where do you see yourself in the future?

I’m going to take this year to gain as much experience as I can at the gym. The owners here are like family to me. In a few years, I would love to have my own gym, or a second branch of this gym. I would like to be a manager or owner of my own space—that’s the ultimate goal.

Losing weight is hard, but keeping it off is often harder. Do you have advice for someone going through a similar experience?

My biggest piece of advice is: Don’t worry about your weight. This is really, really important. I probably weigh 10-15 pounds more than the last time we spoke, but everyone I know says I look leaner than I did 2-3 years ago. I still get bothered by my weight. Yet, I can lift more, do more gymnastics moments, and run as fast (or faster) than I did before. I’m stronger than I’ve ever been.

The number on the scale is not as important as how you feel as a person. Your energy levels, how you perceive yourself, and how you feel—those things matter. You shouldn’t let a scale affect your perception of yourself. 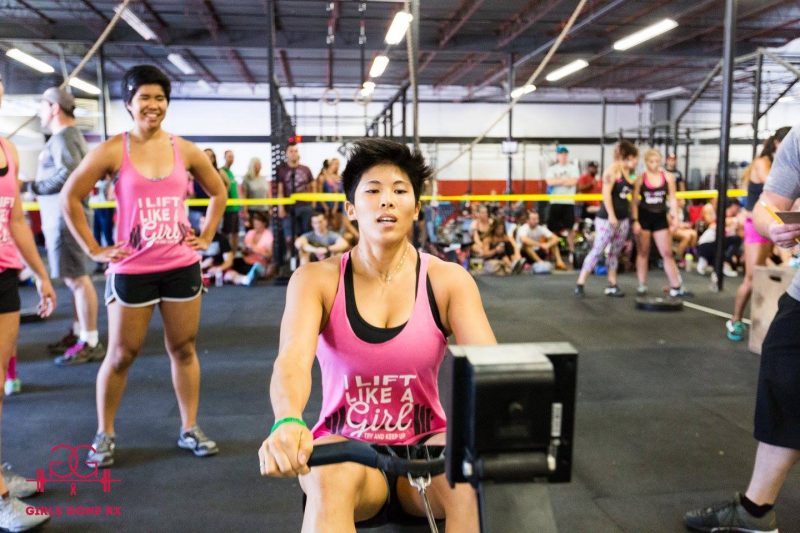 I think the main takeaway is just take one day at a time. No matter what your goal is—nutrition, fitness, whatever—you will have good days and bad days. It will never be a smooth, linear climb. It will be a gradual slope with bumps in the middle. We all have our bad days, but you need to keep the big picture in mind. Always remember what you’re working toward: A healthy, more fulfilling life.