Tuesday was a GREAT day for us, because we found out that Hayley got a “clean” re-test result for mold! There’s a ton of backstory on Hayley’s health journey (you can read about that here and here), but it’s been a long road and we were really due for some good news. Back in March, we found out that Hayley was harboring a systemic mold infection, and it needed to be treated before anything else. Dr. Onishi (our LLMD, who also knows a ton about mold), said it could take up to a year, and we would retest for it every 3 months. The expectation was that at the 3 month mark, the mold would be higher than the initial sampling because she was taking binders that would pull it out of her system. To our great surprise, her retest actually showed “0” mold. It was complete shock! What could have taken a year went away in just 3 months, so we were SO stoked about it. The doc says he wants to see one more good retest before saying it’s actually gone, but we are still saying this is a huge win! It really didn’t sink in until about half way home on the 90 minute drive, but we’ve been given an extra 9 months of our lives back, because it means Hayley can proceed to start treating Lyme, which she is doing with some VERY powerful herbal remedies that Dr. Onishi has seen a ton of success with his Lyme patients.

Anyway, all that to say, that Tuesday was a great day, and I was in the mood to make some celebratory food (uh, for myself, since Hayley isn’t eating anything with Sugar). We’ve been having so much fun making other bloggers’ recipes lately, so I wanted to see if Juli (PaleOMG) had any good “balls” recipes. If you search for “Balls” on her site, it returns almost 200 results… go figure. But one of the top results is for Chocolate Chip Cookie Dough Protein Balls. Those looked really good, and as you all know we LOVE cookie dough, so I had to try them. I had most of the ingredients on hand, and made a few substitutions that probably didn’t do the recipe any favors, but they still turned out great. I’m guessing they would have been even better if I had used the ingredients Juli called for. I didn’t have almond butter, so I used sunbutter (totally different tastes and textures), and I didn’t have coconut butter so I used coconut oil (again, totally not the same at all). And I mixed in the chocolate chips while the melted oil was still hot, which is why the balls have a bit of a chocolate swirl to them. Then I pressed in Enjoy Life chocolate chips at the end, because I thought it would improve the photo. If you want to check out Juli’s recipe for the cookie dough balls, you can get it on her site HERE. Just like Juli said, it made about 10 balls. There are 6 pictured, so it’s pretty easy to know how many I mowed down before the photo. 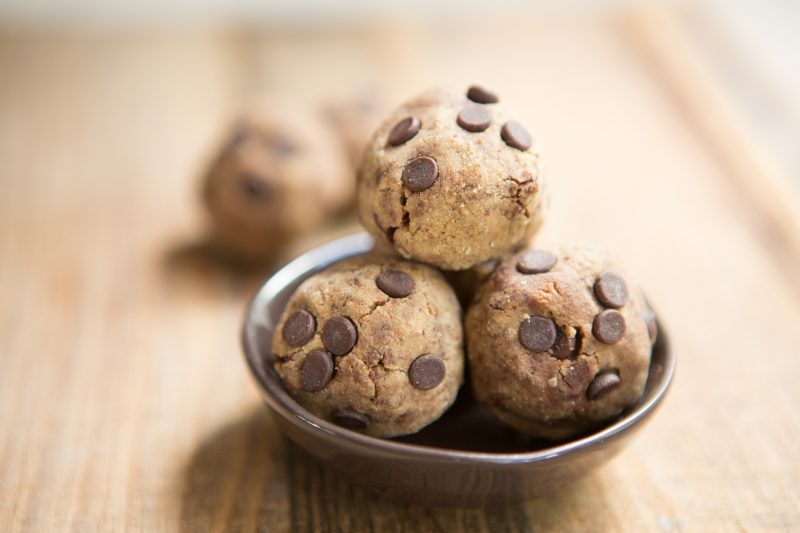 Tuesday was a great day for Juli, too – because she finally got copy #1 of her brand new cookbook, Juli Bauer’s Paleo Cookbook, which she created here in Pittsburgh with us. It amounted to 4 separate trips over the span of 8 months, each being about 7-10 days. She got to see Pittsburgh in late summer, in Fall, in early winter, and in early Spring. It was such a fun project for us to work on, because Juli’s energy is just so contagious. (If you can imagine this kind of goofing around for a week straight, then you can imagine what it was like working on Juli’s new cookbook with her.)

Throughout the course of working on this project, Hayley was dealing with her own health issues, and each time, no matter how bad she was feeling, Juli swept in with a positive attitude and really cheered both of us up. It’s part of the story that hasn’t really been told by either of us yet, but one that really meant a lot to us. Those were some dark days for us, and Juli’s time at our house was a breath of fresh air. The drive home from taking Juli to the airport for the last time was filled with tears, as we were both sad to see her go. 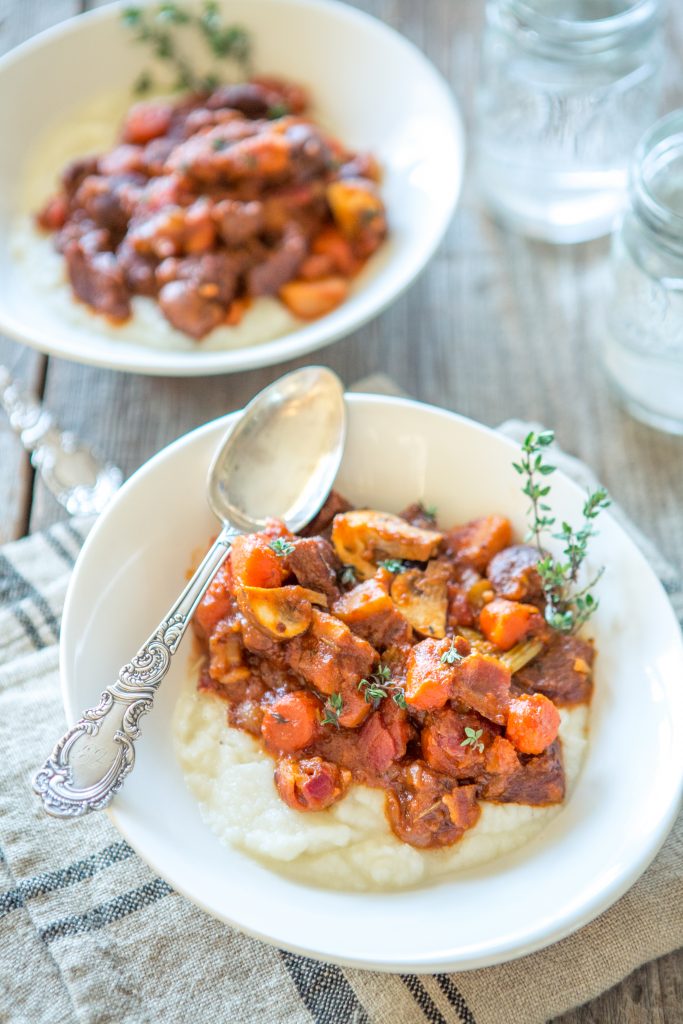 Since she got her book yesterday, we thought we’d share some more previews from it. If you follow Juli, you’ve probably seen some of these before. We are SO PROUD of the photos in her book. They are truly some of our best work, and we think it really reflects the quality of the recipes she’s put into this book. And OH, the RECIPES. They are just so good. Some food photographers will mess with food for hours in a shot, to the point where it’s gross (from being touched way too much), and also questionably edible. That’s never the case with our style of shooting – we ate every single recipe Juli produced, and they were all fantastic! I can think of so many that I’d love to eat over and over again. Her pizza recipes certainly come to mind… that crust is so bomb. 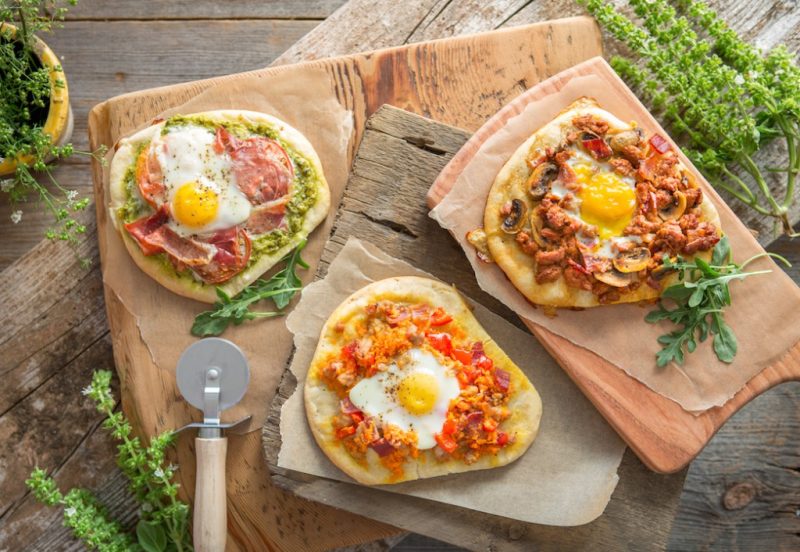 Plus the desserts were pretty awesome as well. Then there’s “The Cake” …. which was as tasty as it was beautiful. 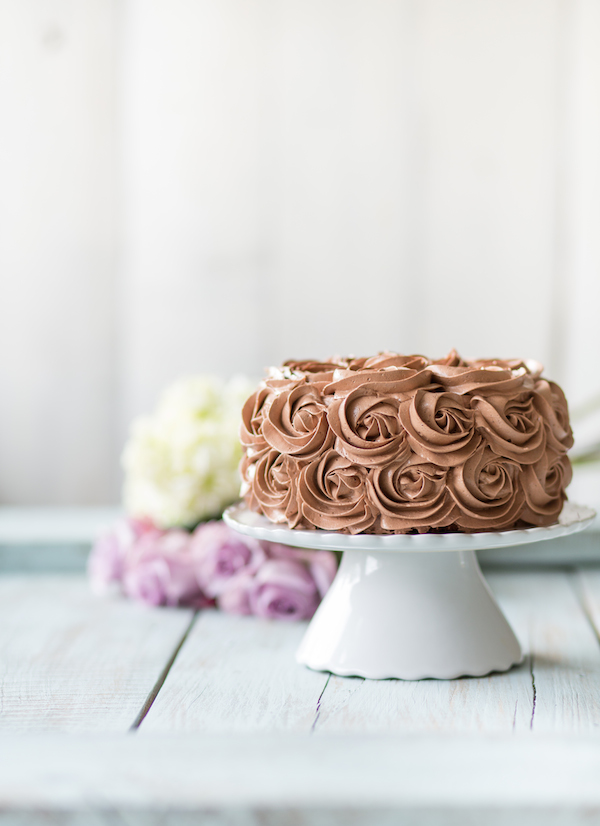 Her Fish Tacos recipe was probably my favorite savory food in the book. I tried to eat as many as possible, but I was bummed to find out everyone else found them just as delicious. (Juli, when we see you in August, we’re making these!) 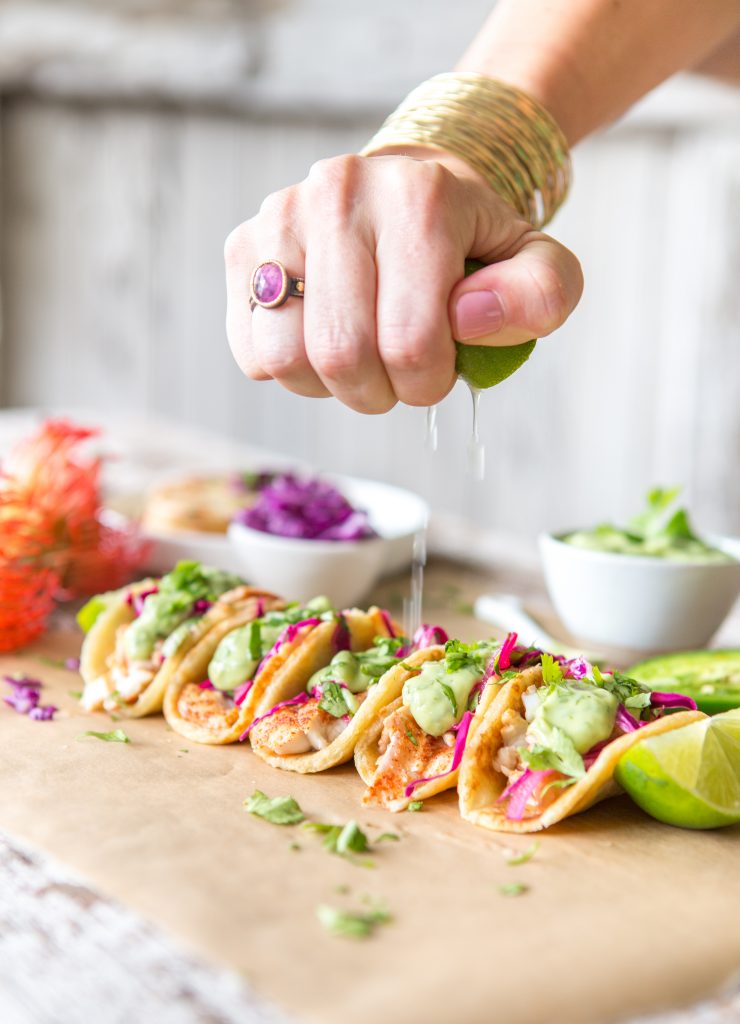 Juli seems to really know Mexican/Fusion food. The thing about good cooks is that they have to be willing to go out into the world and eat a lot of different things to expand their palate. If you follow Juli online, you know that she loves to go restaurant hopping with her friends and fiance. It shows in her new cookbook.

If you guys will indulge us, I really want to share some more of our favorite photos we took for the book… 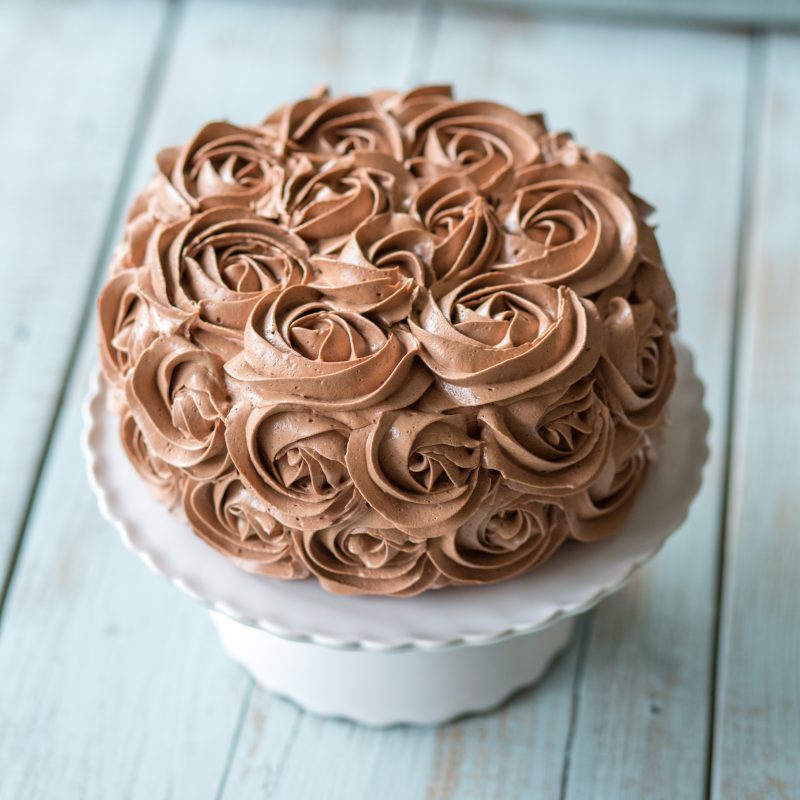 I just love how this cake turned out. It was Juli’s vision that Hayley helped her bring to life. Hayley lives for decorating cakes! I want to eat it every day. But then, I would need to start working out every day too… hmph! 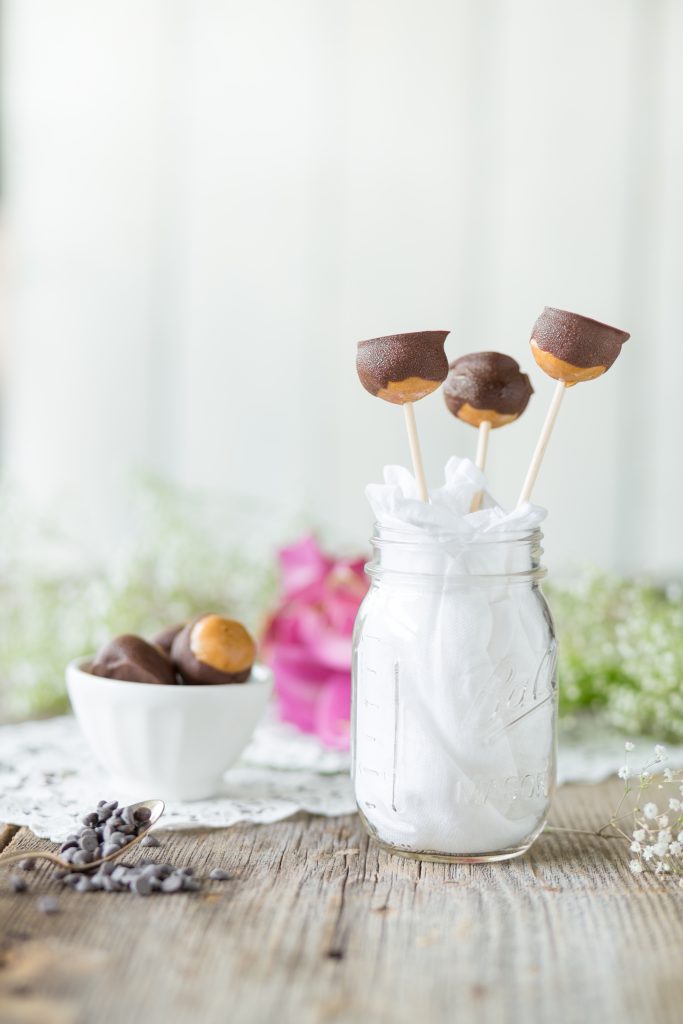 I love this shot of the buckeyes in the book. The dewy look of the buckeyes reminds me of the warm September day we shot these on. They had to be chilled in the fridge because the house was so warm. And then when we went to shoot them, they immediately began to sweat. In my mind, it only added to the shot. They were SO good, too. 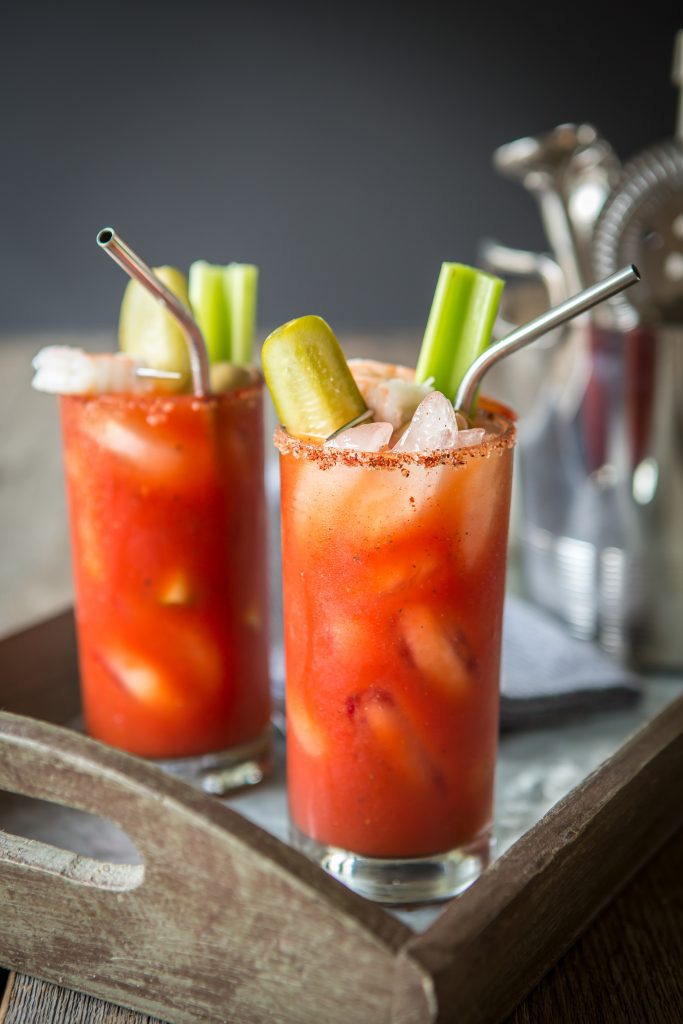 This was one of the first “dark shots” we did for the book, and I love the contrast of the red and green against the charcoal background. Plus, as always, these Bloody Mary’s were the best. She made and used pickle-infused vodka for it. 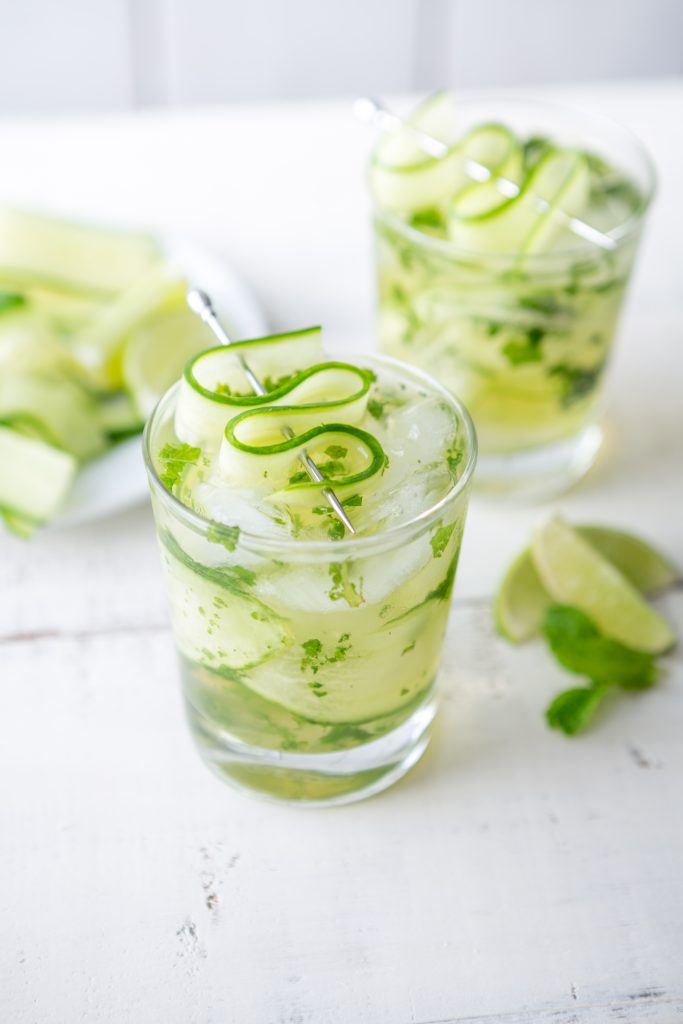 There are really only a few alcoholic drinks in her book, and this is my other favorite shot (Gin and Tonic). 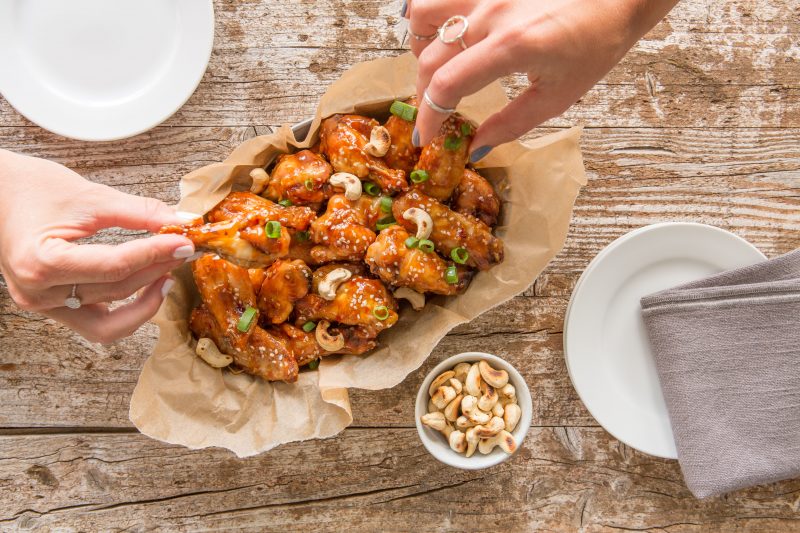 When we started shooting for the book, the goal was to make everything COLORFUL. The warm tones in the photo really set the stage for the look. During Juli’s first trip here, we went down the hill to Reclaimed Things and picked out this fantastic piece of wood, which was perfect for the look of the book. 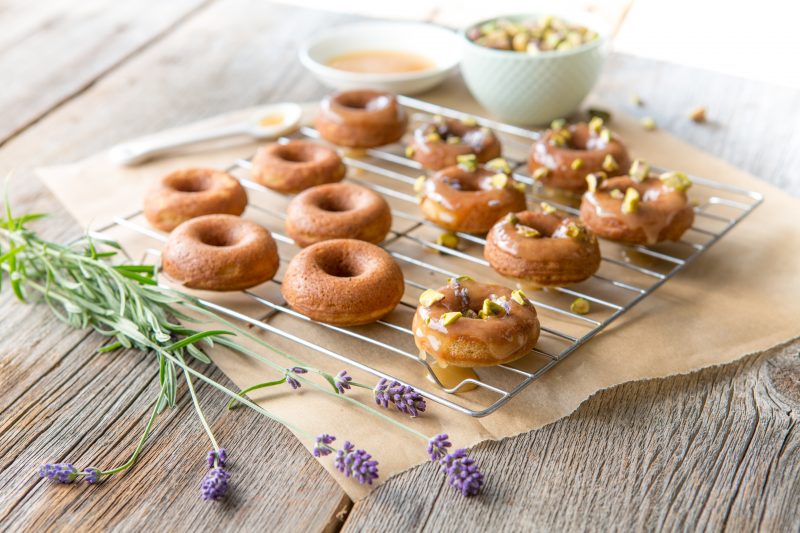 The day Juli made these donuts was probably the best light we got during the entire project, and this photo just reminds me of how powerful good light can be. Of course, it always helps when the food is beautiful, too. I love this shot. We also used a lot of fresh flowers throughout the book, and the lavender in our yard was perfect for this shot (and recipe).

We also went apple picking, which was a ton of fun! 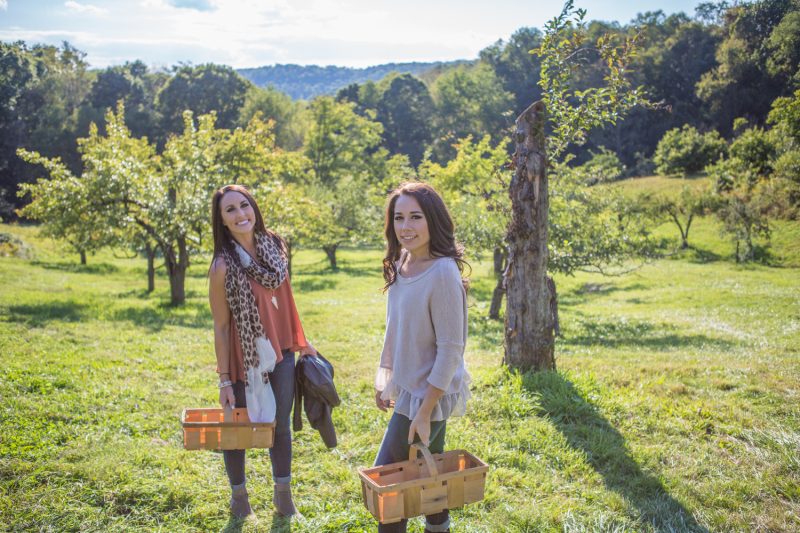 We found an old orchard north of the city that is using organic methods for their apple crop. We took home way too many apples that day. 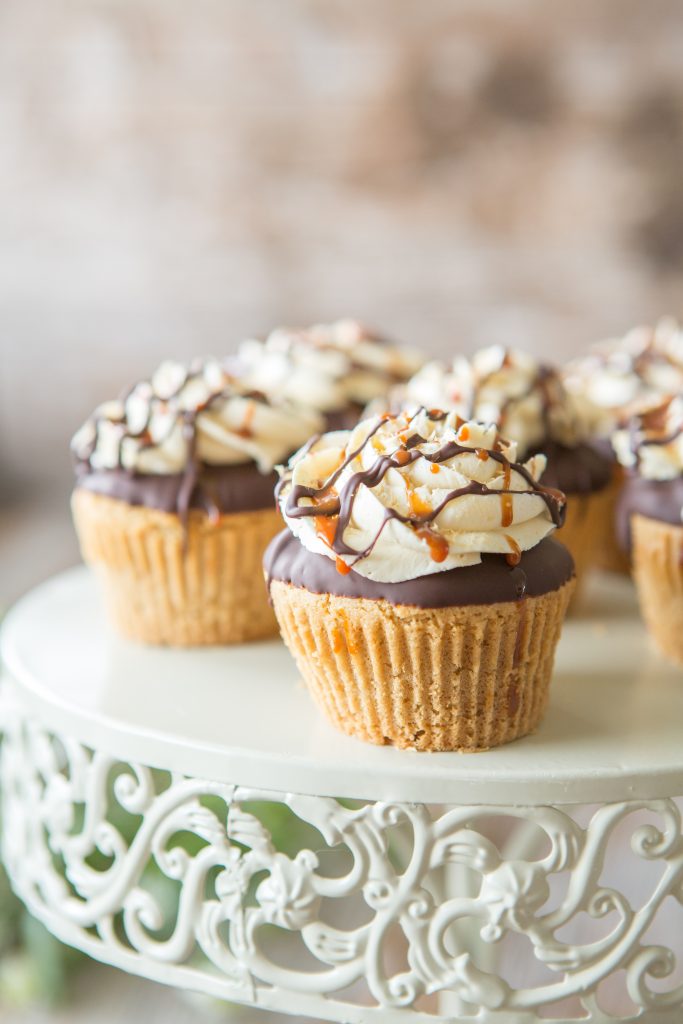 Juli’s Paleo Cookbook also has some absurd desserts. Maybe you already figured that, but here are two more that might make you want to preorder it. 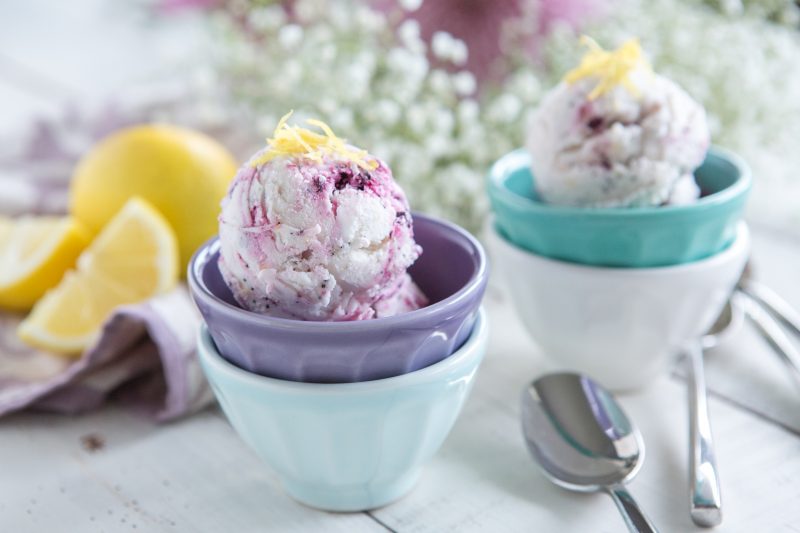 Her new cookbook is so beautiful, we really can’t say enough good things about it. And although we might be a bit biased, no one has tasted all of the recipes like we have. Literally. You can trust us that they are ALL amazing. Even if the size of your Paleo cookbook collection is putting a strain on your relationships at home, you should consider getting this one last one. Because it’s that good. 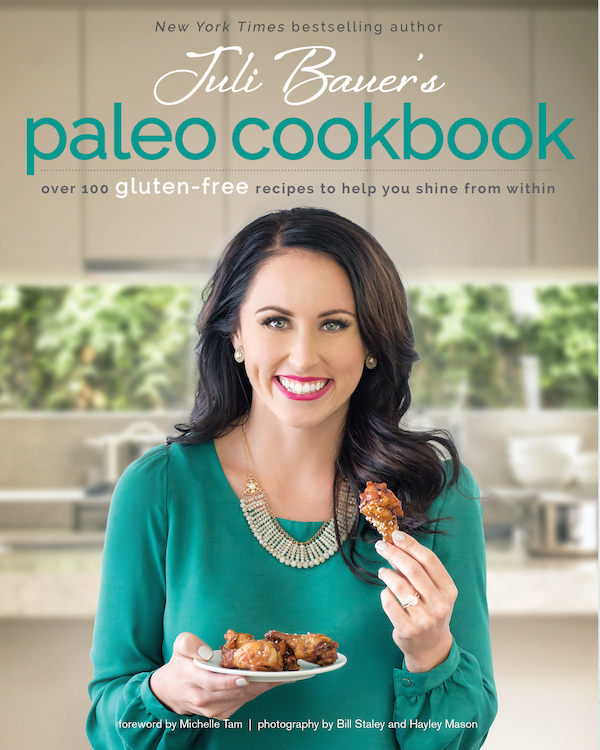