How to make Fermented Dill Pickles 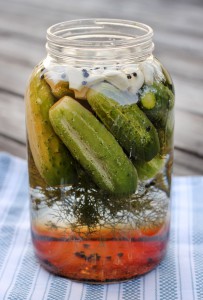 We’re on a fermented foods kick here lately, and with good reason: fermented foods are really good for you! We’ve been brewing our own Kombucha (which is essentially fermented tea), eating fermented vegetables like daikon and carrots, and now also fermenting our own pickles. In the past, we have really enjoyed the Bubbies brand fermented pickles, and wanted to try making our own. Originally, we planted some Boston pickling cucumbers in our garden with the intent of simply making traditional pickles (a la our other recipe from last summer). That particular recipe has been passed down to us by Hayley’s dad who is a long time pickle maker (it’s a hobby for him). The fundamental difference between the two recipes is the inclusion of white vinegar in the standard recipe.

Now, fermenting foods is relatively new to us – so this recipe is adapted from one we found on Wild Fermentation.com. Unlike the creative process of making a savory dish for dinner, fermenting is more like baking: it’s a bit of a science. So I didn’t hesitate to do a little research about how to best prepare the brine for these pickles. The two most important elements of the brine for fermented pickles are distilled water and the salt. Of course, it cannot just be any old salt: you want to use a real salt. When I say real salt, it can be interpreted in a few different ways: it may be sea salt, “real salt” (as it is marketed – from the salt flats of Utah), or you may also use pickling salt. It is a big no-no to use table salt… as the anti-caking ingredients will wreak havoc in your pickles. You just don’t want that. You want pure, salty, and super crisp pickles, don’t you? Sure you do. 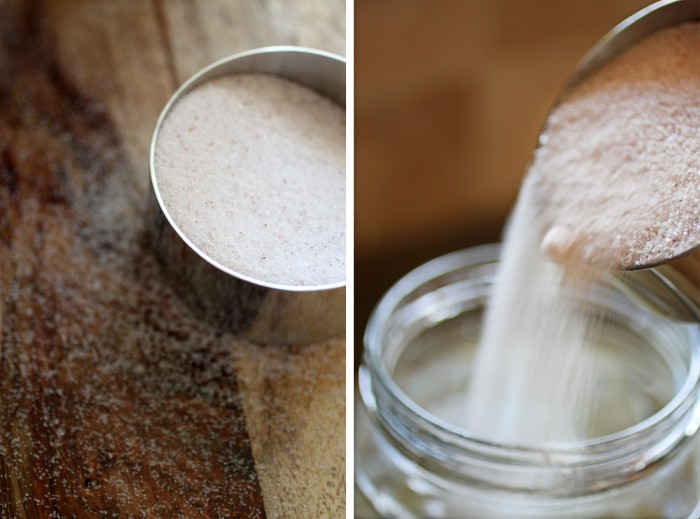 So once you have your pure, real, honest to goodness salt – the next critical step is to determine the salinity of the brine. Going back to the pickle recipe on Wild Fermentation (which has a ton of great information), I read about how varying salt weights would influence your batch. An average salt content of 3-4 tbsp per quart of distilled water would lead to an adequate amount of salinity for the brine. Higher salt amounts are typically used in the warmer months to ward off excessive “growth” at the top of the batch (ie. mold). And an astronomical 10 tbsp / quart has been used in traditional fermented pickles recipes – but to eat these pickles you need to give them a soak in water to lessen the saltiness. 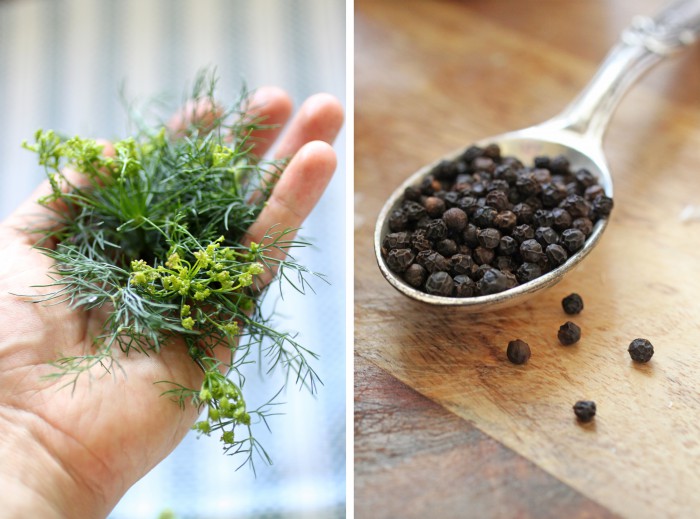 The last bit of advice the post on Wild Fermentation gave was to add few grape leaves to the batch to help the pickles stay crisp. Something about the tannins in the leaves will encourage this effect, and we have a few grape vines outside the house here, so why not!? Once all the ingredients are together in the jar, top it off with any remaining brine and add some sort of lid (we used a small glass bowl that fit perfectly inside the mouth of the jar. Then cover the top with some sort of breathable filter. We have been using coffee filters for the kombucha batches with great success, so we used one for the pickles too. The pickles will ferment for 1-3 weeks, though in the summer they will ferment more quickly – so keep an eye on them and have a taste around the one week mark. Bubbles will rise during the fermentation process, so once the bubbles stop forming, it is done. 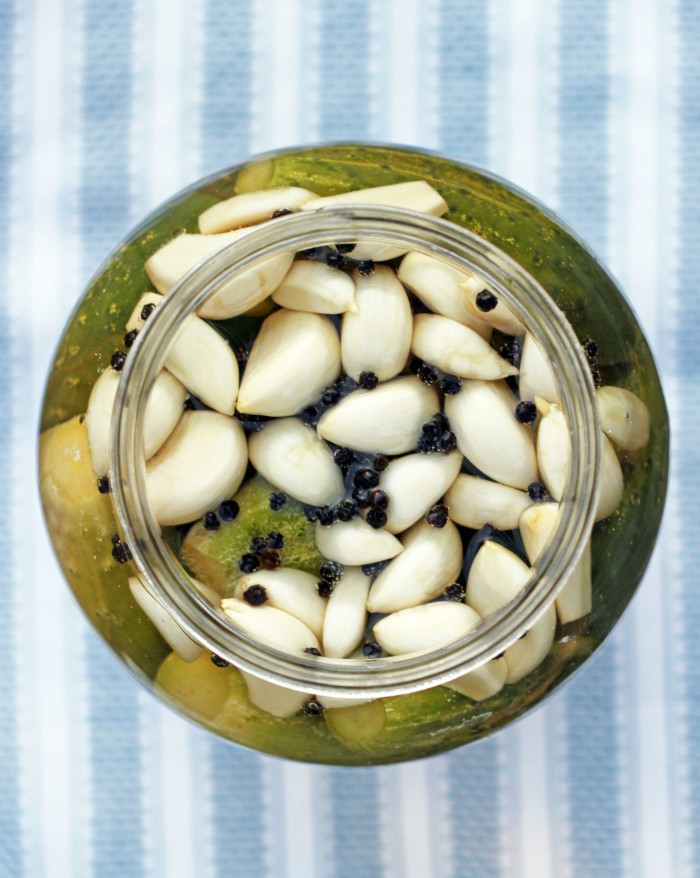 Fermented foods contain a host of beneficial bacteria (probiotics) that promote good gut health and digestion. Aside from doing good things for your gut, these pickles are absolutely delicious - with a distinct snap and crunch.

The addition of a few grape leaves will help keep the pickles as crunchy as possible. The tannins in the grape leaves are responsible for this process. Add salt at a ratio of 3-5 Tbsp per quart of water. For the warmer months, a higher ratio (ie 4 or 5 tbsp per quart) will produce better results. The fermentation process will be quicker at higher temperatures.