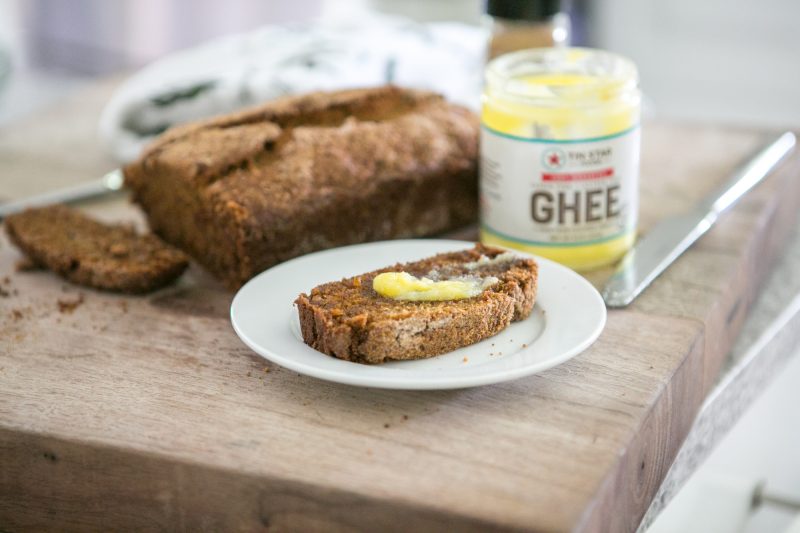 “I should make banana bread.” The thought that goes through everyone’s mind when they see a bunch of overly ripe bananas on their kitchen counter. Right? Here is a fun fact about me: I HATE ripe bananas. 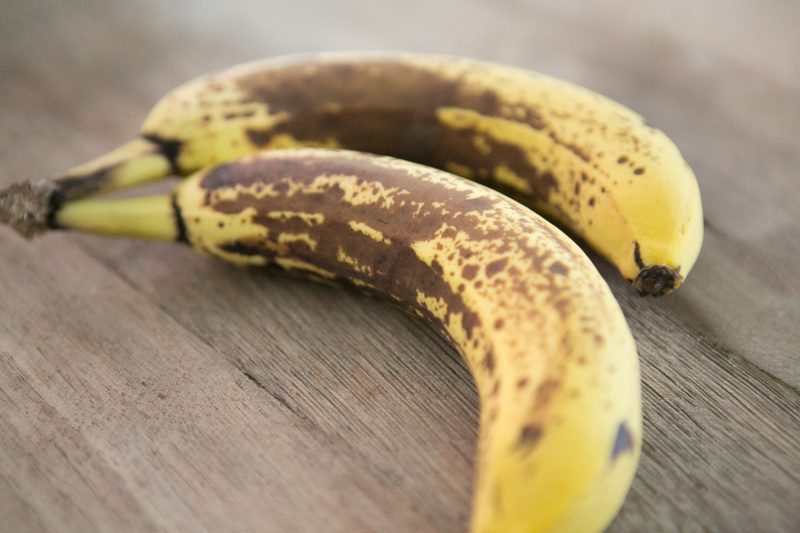 I prefer bananas with a little bit of green on the peel, and once I see them get too yellow, forget it. There’s no way I’m eating it. I’ve been known to peel a banana in question, smell it, and say, “nope” if it smells too ripe. See a teeny brown spot? Oh no. Forget about it. You won’t catch me eating that. I also love bananas, when they aren’t too ripe. The problem I have, is that I can’t buy too many, or else I’m SOL, and I end up wasting produce. That is exactly what happened this week, but this time, I made banana bread!

I mentioned in my Instagram stories that I do far better with gluten-free grains, than I do with nut flours, so I tend to do my baking with an all purpose gluten-free flour blend now, rather than almond flour. I hate baking with coconut flour, so I avoid that when I can as well. So I apologize in advance if you are expecting this recipe to be free of grains, because it is not. I have not tested this recipe with almond flour, but from my Paleo baking experience, I would say that you could substitute the flour blend in this recipe for 1 cup almond flour, and 1/4 cup arrowroot flour. Don’t quote me on that, but if I were going to make this recipe with grain-free flours, that is what I would try first. If you give it a shot, let me know how it turns out! 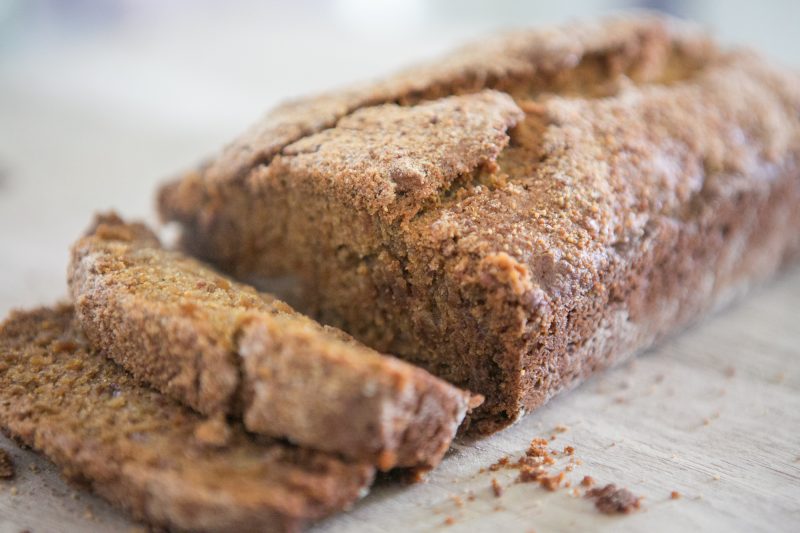 I made a lovely crumb topping for this banana bread by using our Cinnamon Sugar Cookie blend (only available on Amazon currently). It was AMAZING. Next time around, I would probably add about a teaspoon of Cinnamon Sugar Cookie in the batter as well, because the hint of cinnamon in this recipe was absolutely perfect. 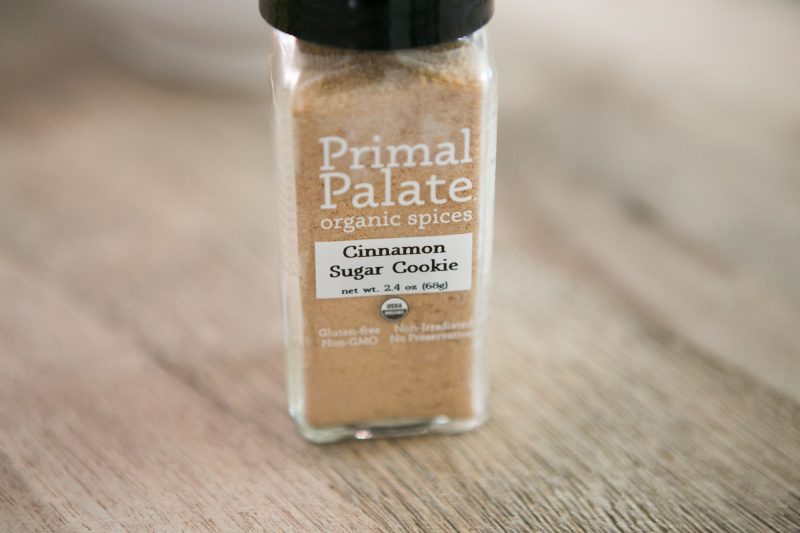 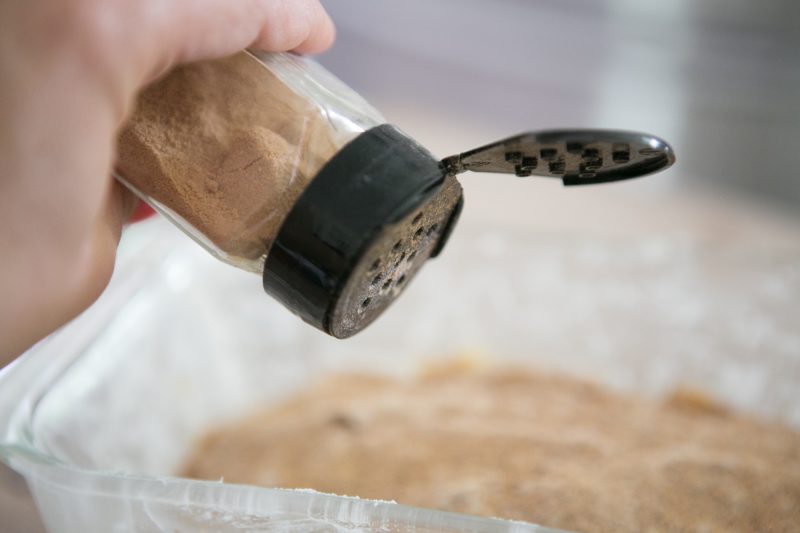 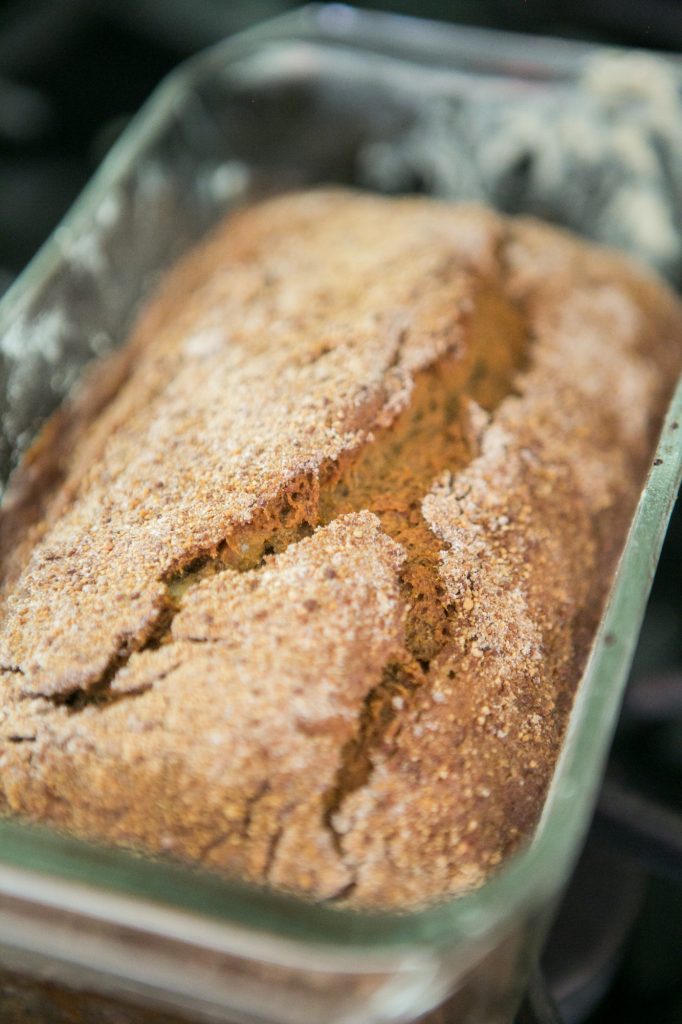 For this recipe, I also mashed the banana with a fork. In the past, I believe blended it smooth, and I found the mashing to work really well, and keep the batter from being too wet, and taking too long to bake. 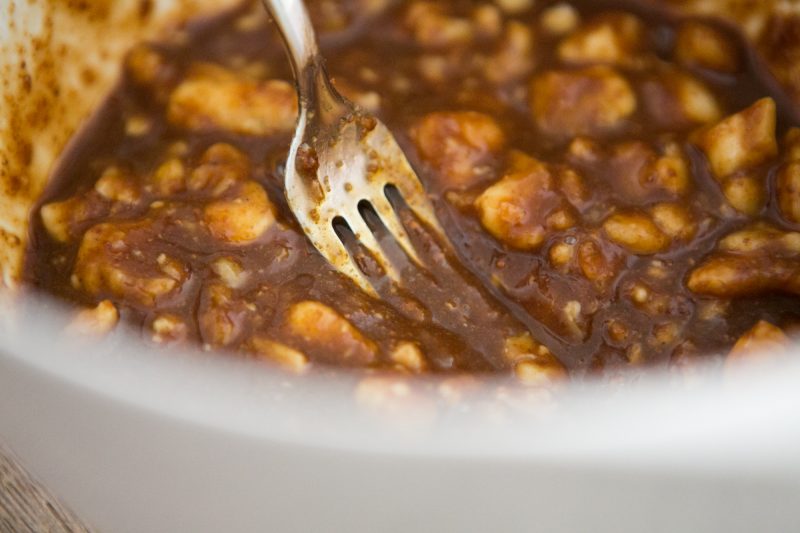 I also used my favorite baking ingredient, Brown Butter Ghee by Tinstar Foods. The flavor it adds to recipes is unlike any other. I highly recommend it! 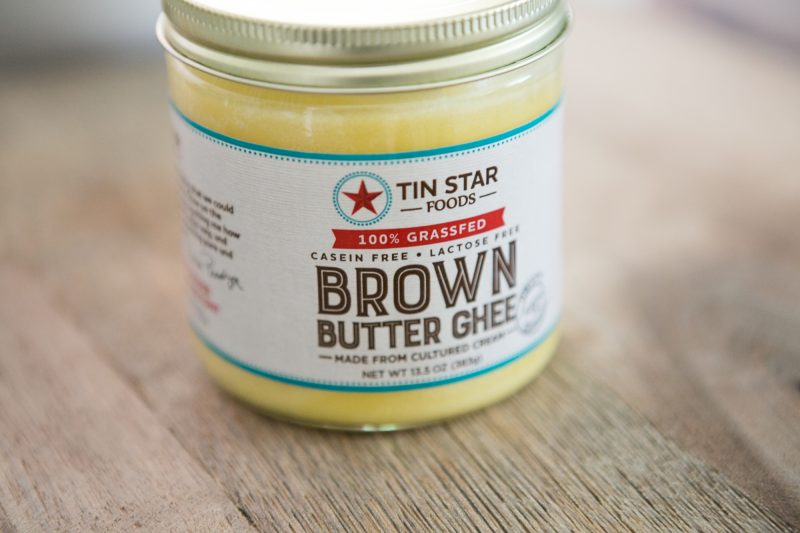 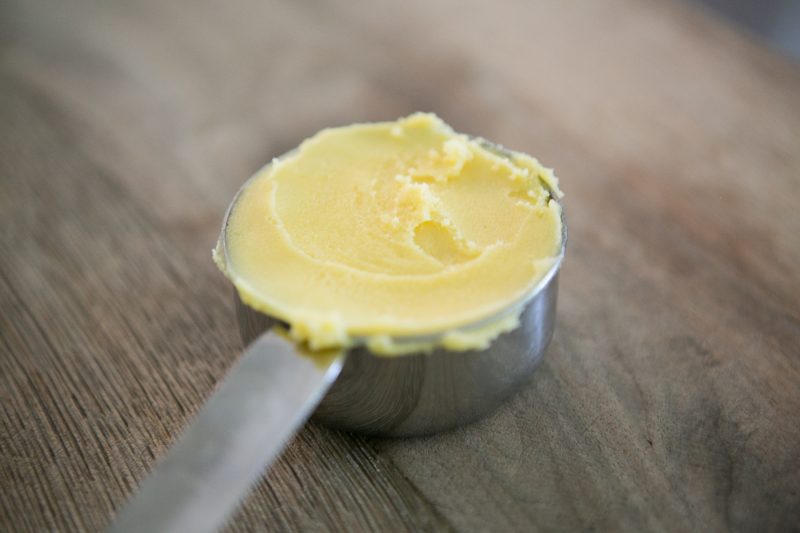 This recipe was so delicious. The loaf of bread barely lasted a day. We invited Bill’s parents over to try it, and sent them home with some for Bill’s Grammy. It turned out that his mom wasn’t going to see her the following day anymore, so we said we would take the rest of the bread into the office. When Bill picked up the bread from his parents house, he found that there was much less bread left than we had sent them with. I’m glad they enjoyed it so much! 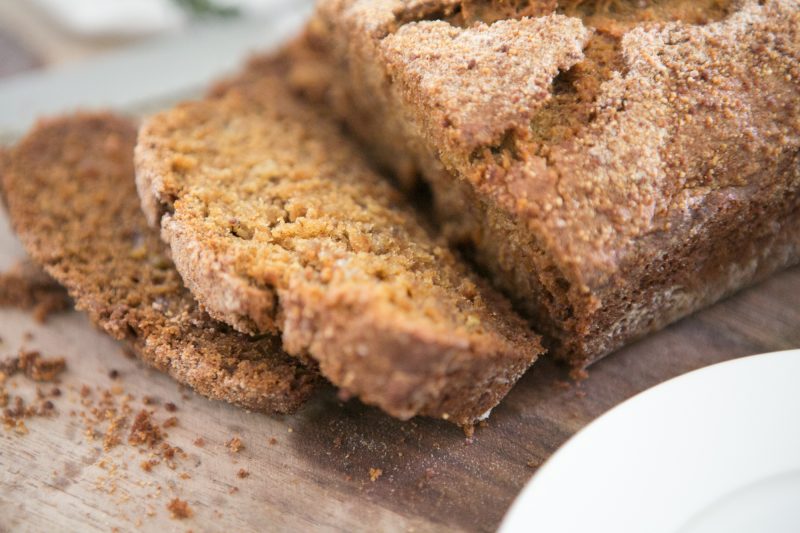 I hope you all love this recipe as much as we have!

This recipe is the perfect gluten free banana bread. The addition of our Cinnamon Sugar Cookie blend in the crumb topping adds wonderful flavor to this bread. Enjoy with ghee spread on each slice.

If you would like to make this recipe free of grains, I would suggest substituting 1 cup of blanched almond flour and 1/2 cup of arrowroot flour for the gluten free flour blend.