Find YOUR healthy Recipes on

One of the rare treats Bill and I have been enjoying while we are on The Whole Journey Candida Cleanse, is chia seed pudding sweetened with some organic liquid stevia extract. Stevia and xylitol are the only sweeteners allowed on a candida cleanse. I have been using stevia on occasion for many years now, so it’s something we usually have on hand in the fridge. Someone recently asked me on Instagram about stevia, and whether it was okay to use on a Paleo diet because they had gotten mixed answers from other bloggers. My response to that was that I was getting sicker consuming sugar in the form of pure maple syrup, raw honey, maple sugar, sugar in kombucha, etc, and I’ve been getting much better and healthier from removing all of those foods, and using stevia on occasion. Maybe one day I’ll be able to have raw honey and pure maple syrup in small amounts again, but for now it’s just not okay for me. If you prefer to use honey or maple syrup for this recipe (and do not have candida issues), you absolutely can! It will definitely taste more like dessert that way. 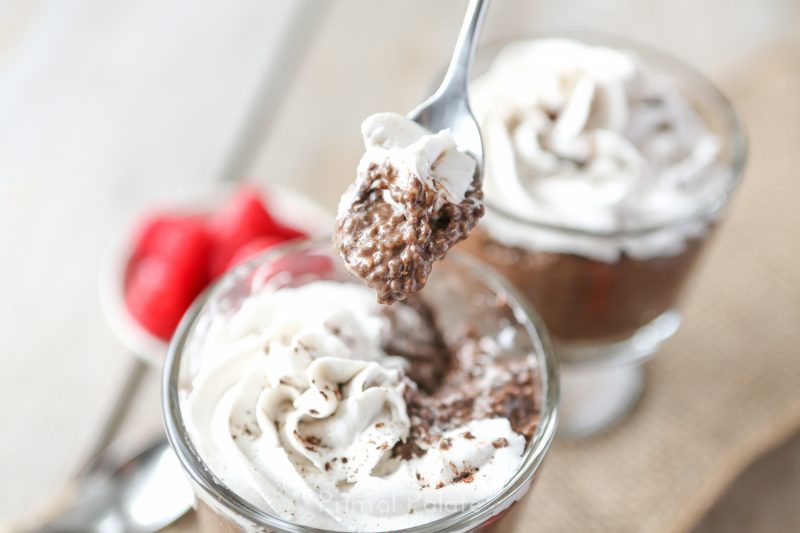 Anyway… chia seed pudding is something we’ve had on hand when we just need a little treat. Now that I’ve removed sugar from my diet for about 4 months I don’t really crave it, but sometimes it’s just nice to eat something a little more fun than just meat and vegetables. The Whole Journey cleanse allows for extra carbs to support the thyroid and adrenals, so I will often top my chia seed pudding with fresh organic berries, which is so nice! 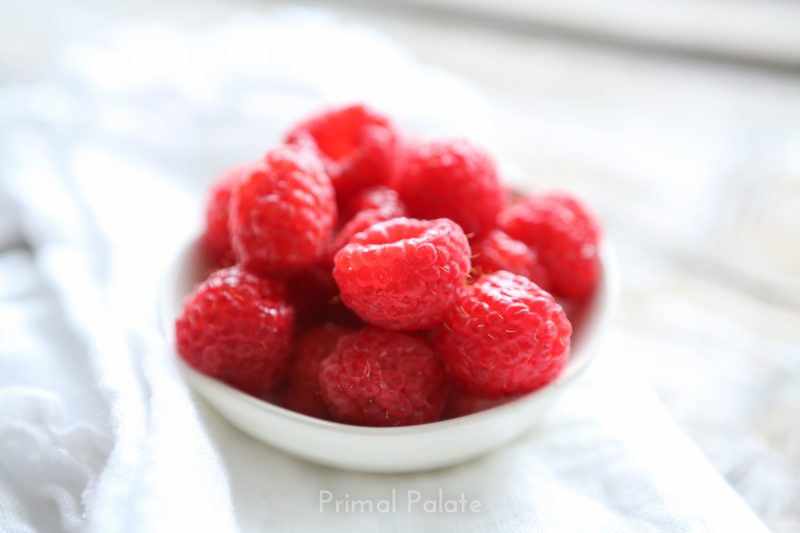 Adding back in sweet potato, berries, and green apple made a huge difference for me after 2 months of being super low carb. It was a huge relief to finally feel like I was improving from introducing more carbs into my diet! Not to mention being able to enjoy MORE foods. Yay!

For this recipe I used carob powder instead of cocoa powder. I don’t love vanilla chia pudding, and much prefer a chocolate pudding, but the caffeine in cocoa really messes me up, so I switched to carob. I posted a picture of my chocolate chia pudding on Instagram the other week, and someone asked me how I could handle the caffeine in chocolate. I responded that I was fine with it in small amounts, and then went on to have a horrible caffeine reaction the rest of the day from the chocolate pudding. I think I must have attracted that one… I don’t enjoy the flavor of carob as much as cocoa, but it’s growing on me! It tastes sweeter than cocoa, and a little fruity. I have been using Bob’s Red Mill toasted carob powder. I haven’t tried any others, I just ordered this one because it had good reviews on Amazon. 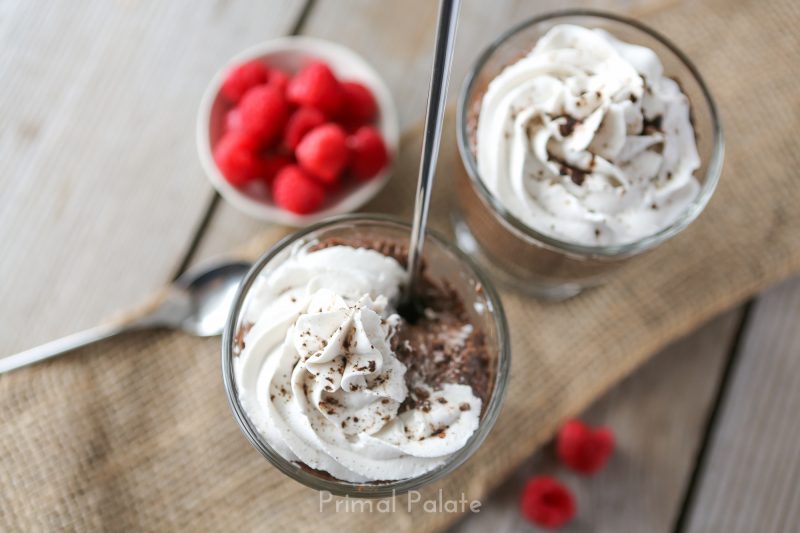 I’ve also found that for the best flavor, homemade almond milk is a must for this pudding! If I buy almond milk at the store I usually get the Whole Foods brand, because it isn’t fortified with synthetic b-vitamins (really important for me because I have MTHFR, folic acid is a big NO NO), unfortunately it still has other ingredients I don’t love, so I just make my own (Get our recipe here!) It’s much better homemade anyway, there is just no comparison! The other thing I do when I make this pudding is I whisk the mixture until it starts to gel and thicken before I place it in the fridge. You can just shake it up, and let it set in the fridge, but I found that whisking it until it starts setting up allows it to thicken in the fridge much faster, and you don’t get any separation of thickened chia seeds and almond milk. 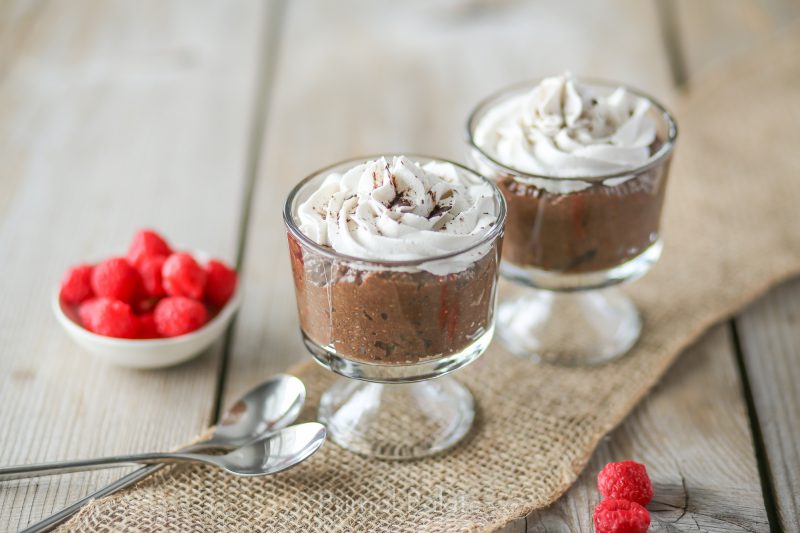 If you really want this dessert to feel fancy and special, top with whipped coconut cream, and fresh berries. This is a really easy treat that you can enjoy when you want something just a little more fun to eat, while feeling like you are still honoring your body with healthy foods!

By the way, we have announced our Book Tour Plans for Make It Paleo 2, which comes out in less than a month! Click the image below (or this link here) to RSVP for our book signings. And if you can’t make a signing, don’t forget to pre-order it on Amazon so that you can get the book delivered to you right around the time it comes out! It will also be available at Barnes & Noble and Costco (US and Canada), as well as other book sellers, if you would prefer to hunt and gather your copy the old fashioned way. Cheers!

This chia seed pudding is a delicious dessert when you want a treat that is a bit more healthy!

If you would prefer, you can use 1-2 tablespoons of raw honey or pure maple syrup to sweeten this pudding.