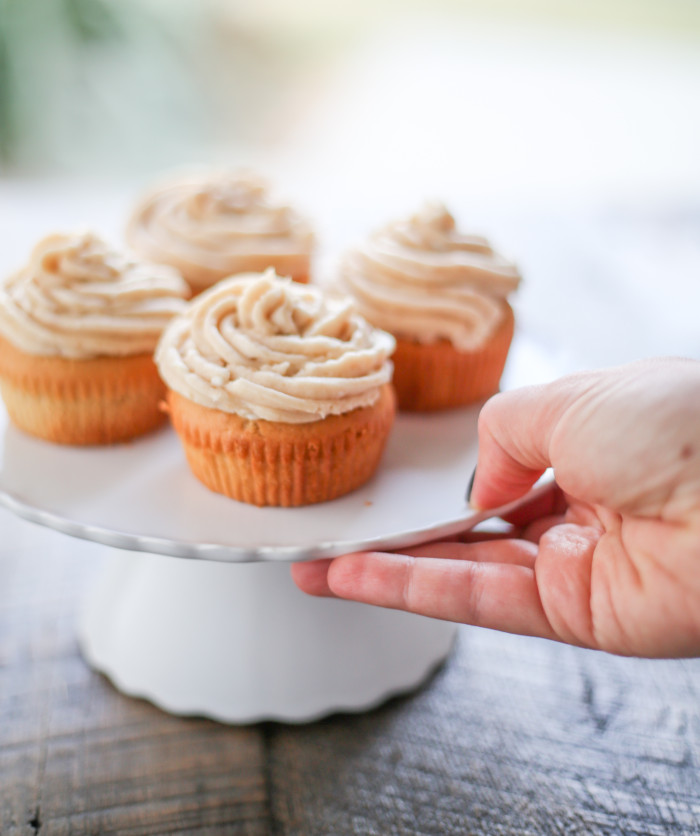 This weekend is our final shoot for Gather and I will spill the beans on what it is (I’m sure we will be posting teaser photos on Facebook anyway so I might as well tell you a few days early). Our last menu theme we are photographing for the book is a birthday party. Bill’s aunt has generously offered to host our last shoot, so we will be enjoying the food with Bill’s family. It also turns out that Bill has several family members with December birthdays so it is quite fitting.

I have been wracking my brain all week trying to plan this menu, and one of the recipes I have been contemplating is the birthday cake recipe. It wouldn’t be so tricky except that Bill also has a few family members that are allergic to nuts and coconut, Bill’s dad being one of them. His dad is only mildly allergic to nuts, not deathly allergic like his uncle, so his dad will eat our desserts even if they make him a little itchy. Even so, we all know that eating a food that so clearly causes a negative reaction in your body is really not good for you so I really feel guilty every time he tries something we make. Beyond that, we have also received countless emails from people saying they cannot have nuts OR coconut, and inquiring about what they can have for a dessert.

This morning I mentally checked out for about 20 minutes, while in my head thinking of what I could possibly do for this birthday cake that didn’t have nuts or coconut in it. As I said in our last post, I have really been enjoying working with arrowroot flour, which is derived from the tuber of a tropical plant. It really helps with grain free baking because it lightens up an almond flour base, which can sometimes be pretty dense, and also allows for more of a light, “wheat-like” texture when blended with almond flour. Lately I have been wondering if I could solely use arrowroot in a recipe and have it turn out well. I have only ever used a small amount in addition to an almond flour base, and just from using the product I know that when combined with liquid it can get pretty gummy in texture, so I really wasn’t sure if it was possible. Then I turned to my trusty side kick–google. I did find that some people had successfully (or so they said) made cakes, cupcakes, and breads just from arrowroot flour. I had also read before you can use arrowroot flour in place of white flour but you have to scale back the arrowroot flour being used in the recipe–it cannot be used in equal amounts to white flour like almond flour can. So today I decided I was going to try my best at making nut- and coconut-free cupcakes. I figured if the cupcakes worked, a whole cake would, and for testing purposes cupcakes are easier to share with others.

My original plan for these cupcakes was to make them completely allergen free by using bananas instead of eggs. Half of a banana can replace one egg in baking, so I figured I would give it a shot. There are countless people out there who have asked us for egg-free recipes as well, so I was really hoping to get all the allergens out in one shot. Unfortunately that plan didn’t work out so well. I made the “cupcakes” with the banana, but the banana didn’t add enough moisture to the cupcakes, and they turned out REALLY gummy when they finished baking. The flavor was good, but the texture was awful, and the batter was not smooth enough to fill the cupcake pan evenly. So that was a fail. Once I realized the egg-free batch was not going to happen, I worked on whipping up batch #2 with eggs. This batter turned out beautifully. It ended up with the same consistency as regular all-purpose flour batter, so I really had high hopes for this one. 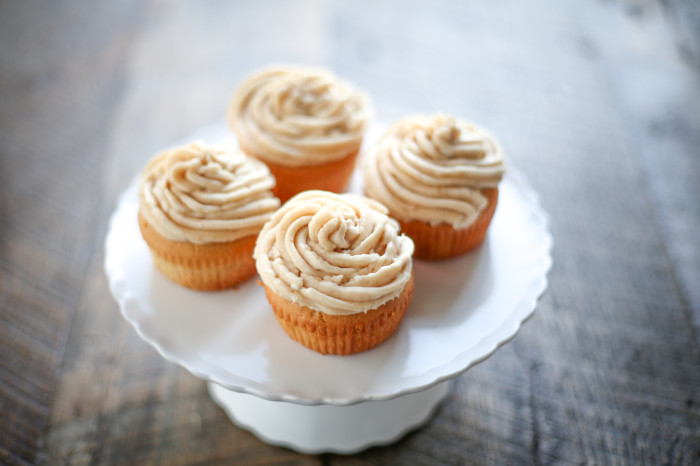 The cupcakes came out of the oven fluffy and golden. They really looked wonderful, and cooked evenly. I took one out of the tray and tore it open to see what the inside looked like. To my disappointment they still looked slightly gummy on the inside–not like they weren’t finished cooking, but just like the dough was almost stretchy. I this point I had sadly figured that baking strictly with arrowroot wasn’t going to work. As the little cakes cooled, I whipped up a new recipe for dairy-free vanilla buttercream frosting. For this butter cream I used organic palm shortening which is a great non-dairy alternative to butter in frosting and baking recipes, and sweetened it with granulated maple sugar. Adding a 1/4 cup of full fat coconut milk will help make the frosting light and fluffy, but if you tolerate heavy whipping cream that is a slightly better option, just for texture of the frosting. If you have an allergy to both coconut and dairy you can omit the extra cream in the frosting.

The end result of these little cakes was that when they cooled completely the texture was pretty good! Not as similar in texture to regular baked goods as almond flour is, but I wouldn’t hesitate to serve these to others. The flavor was fantastic, and Bill actually suggested that they would make a great cinnamon bun recipe (texture-wise), maybe we will try that next! I might try to work on blending arrowroot with tapioca or potato flour in the future to see if that changes anything, but for now this recipe seems to be a good option for those who can’t have nuts or coconut. You can still enjoy a grain-free baked good, even if the texture isn’t exactly that of regular flour. As for the cake we’re making for Gather, I don’t think I will be using only arrowroot for that unfortunately, because I don’t trust that the cake texture would come out as I would like. I will probably stick with almond flour for that, and maybe bring along some of these cupcakes for the family members who cannot tolerate nuts.

The coconut milk (or heavy whipping cream if you tolerate it) is optional in this recipe. It helps create a fluffy frosting, but for those allergic to coconut and dairy just omit either of those ingredients.