Wings for a 4th of July Barbecue: Garden Ranch Wings 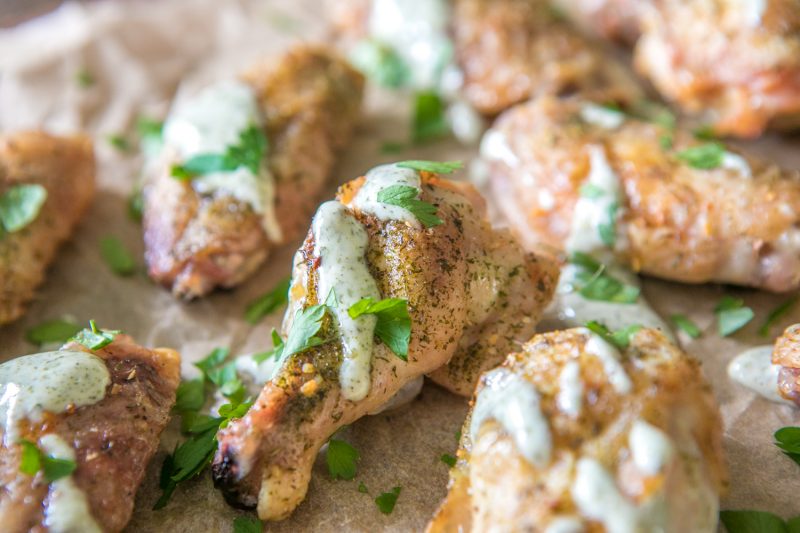 We came out with our new Garden Ranch Seasoning Mix a few months ago, and it’s been AMAZING for all the ways we’ve tried it. The convenience of having the packets has been great – they are really easy to use, and its the perfect amount of seasoning. You can make a giant 16 oz dip with one whole packet, but if you are using it for everyday cooking, it might stretch to 4 meals, or even more, depending on how many people you’re cooking for. 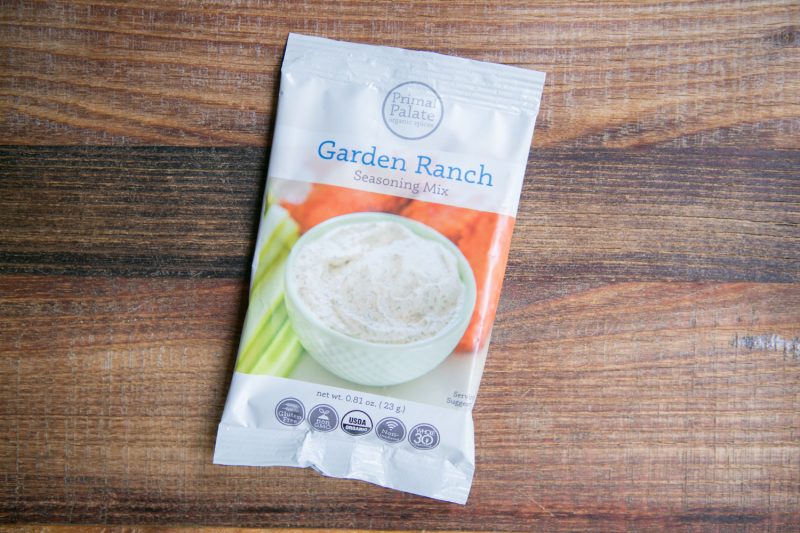 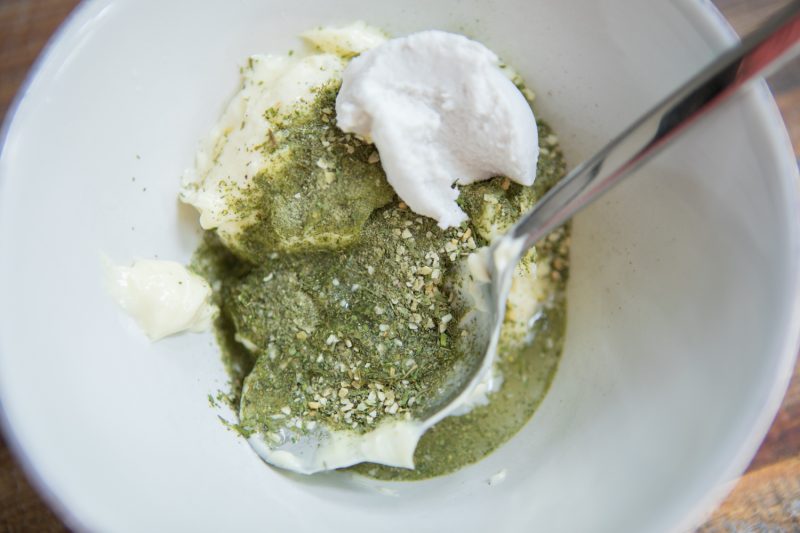 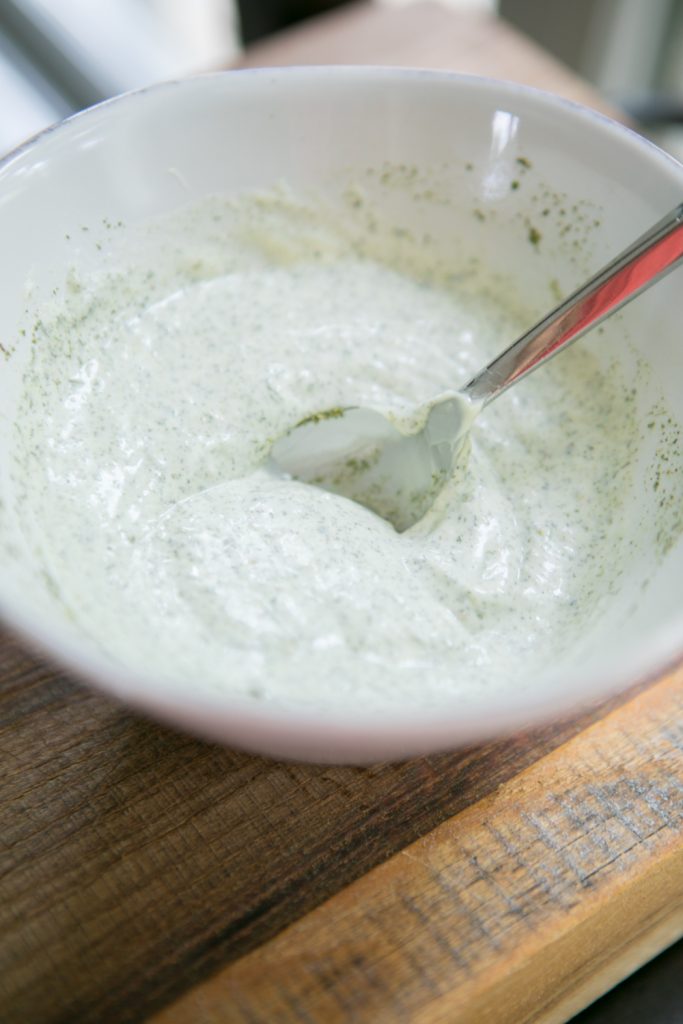 We’ve wanted to make ranch wings for a while now – even before we released this seasoning. But time isn’t always on our side. We’ve been SO busy lately. First we moved into a new office. Then we released the big resealable bags of spices. And now we have more stuff going on behind the scenes which we aren’t really talking about yet. Unless of course you care to follow Hayley on Instagram, because she’s already spilled the beans on some of it. 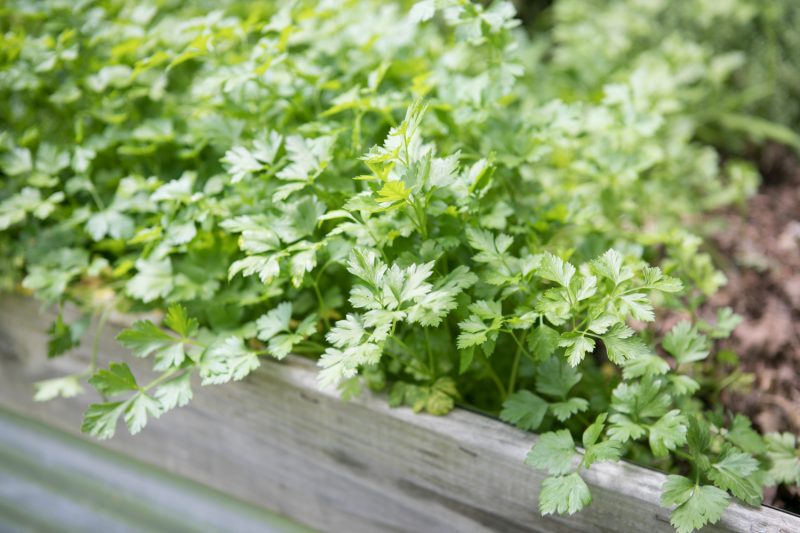 So we finally had a chance to make these utterly delicious wings this week, and they’re the perfect addition to your 4th of July barbecue! You could absolutely, 100% grill the wings in this recipe, but I’m just saying that you don’t need to. You’ll season up the wings with some of the seasoning mix, and bake them. While they’re baking, you’ll make the garden ranch dipping sauce. And yeah, that’s pretty much it. Not complicated, but extremely delicious. That’s the best when recipes are easy and tasty. 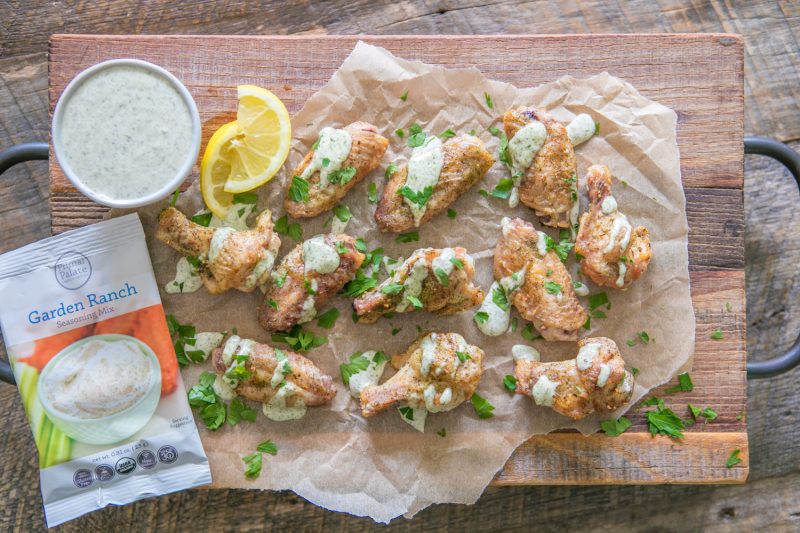 Come back tomorrow for our 4th of July grand finale recipe! We have a very special one planned for you!
B&H

Wings are an essential part of summer cookouts, and they roll right into football season and make themselves comfortable. While buffalo wings are the undisputed champion, these Garden Ranch Wings are a true contender for your summer barbecue!