I’m on a pretty serious Candida detox. I plan on talking about that in more detail later, when I have the guts to put it all down on paper, or I guess…in a blog post. For now, I’ll just say, it’s so not pretty. In fact, it’s pretty much awful, and I want to cry almost every day. At least I know for a fact that I have a serious overgrowth of yeast in my body. Bright side, right? Ugh. 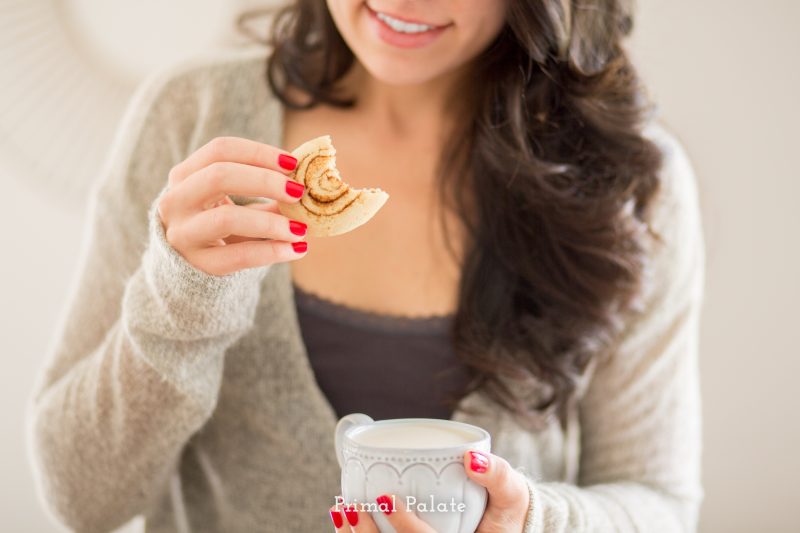 (This is me pretending that I actually get to eat this cookie.)

The reason I bring up the detox, is because on this detox my diet has to be 100% free of sugar. I’ve had some berries or a green apple here and there, but besides that, NO SUGAR. So why would I torture myself by making cookies while on said detox? Good question. For some reason I thought baking cookies would make me feel like I was going to be able to enjoy them as well. In fact, since being on this detox, I’ve come up with at least 10 new grain-free dessert recipes that I want to make. That’s just perfect. The truth is, the longer I go without sugar, the less I crave it, so it really isn’t too bad anymore (keep telling yourself that, Hayley). 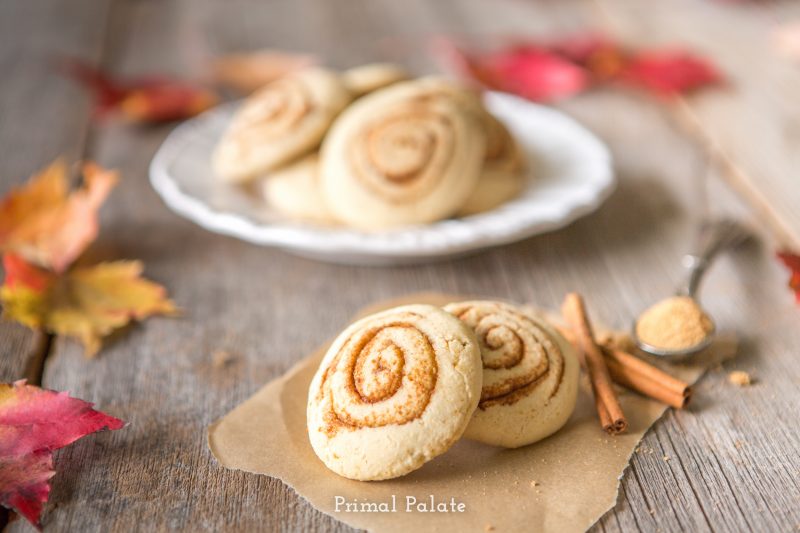 Anyway, our good friend Juli Bauer was just in town for another week for her “project work” (I cannot wait to be able to say what it is!!!) She is so much fun to have around. She pretty much dances and sings in our kitchen all day long. I’m not sure where she gets all of her energy from, and I especially can’t relate to that while detoxing, but I do think some of her positive energy rubbed off on me a little this week, because I did have a stretch of days where I felt great and had lots of energy! 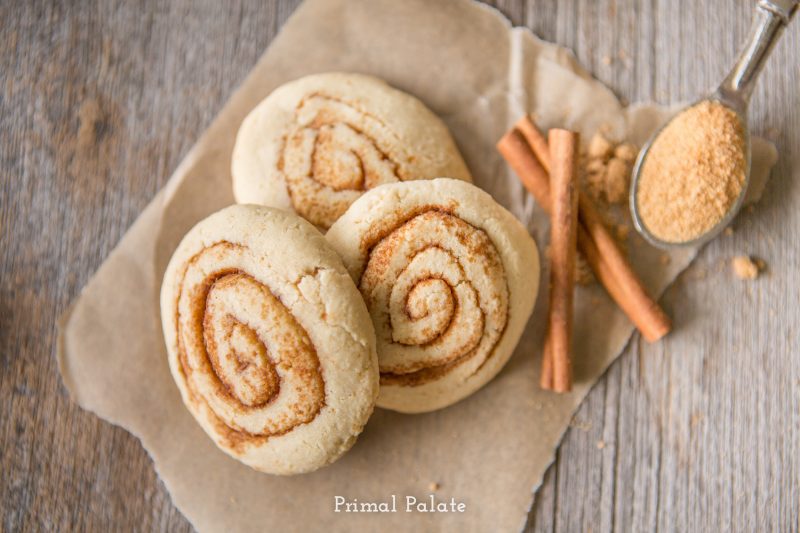 While Juli has been here she’s been doing 99% of the cooking in the house (I’m sure you can piece together the puzzle and figure out why she is here), so I get really excited when I can cook something for her. Especially a treat, because she loves treats. We were driving home from Whole Foods the other night, and I decided that I really wanted to make cinnamon swirl cookies. I actually wanted to try it out with some cashew meal I got at Trader Joes. That was a complete fail because cashew meal basically turns into glue like sunbutter, but everyone said they loved the cashew cookies anyway, so I will post that recipe soon. 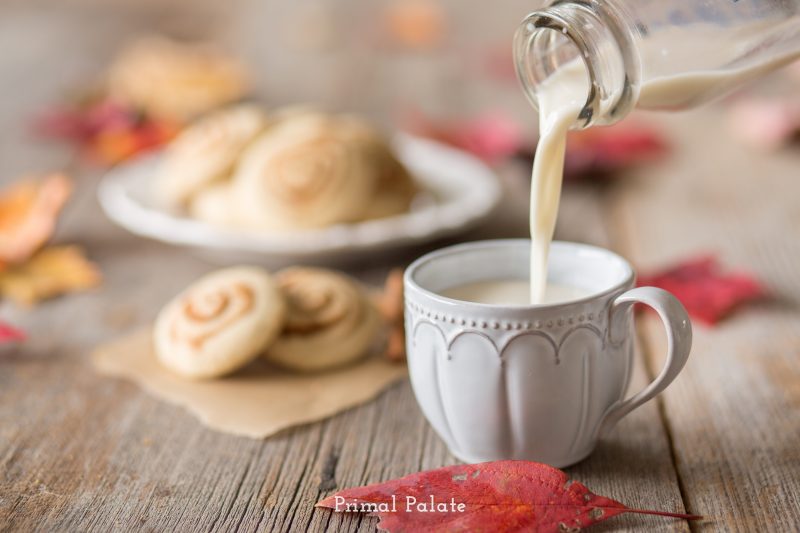 Since the cashew meal cookies didn’t turn out how I had hoped, I decided to make the recipe with almond flour, because I really wanted to make the cinnamon swirl cookies. They actually turned out sort of like cinnamon rolls, which is pretty cool, because now I know I could come up with a cinnamon roll recipe. Fun! 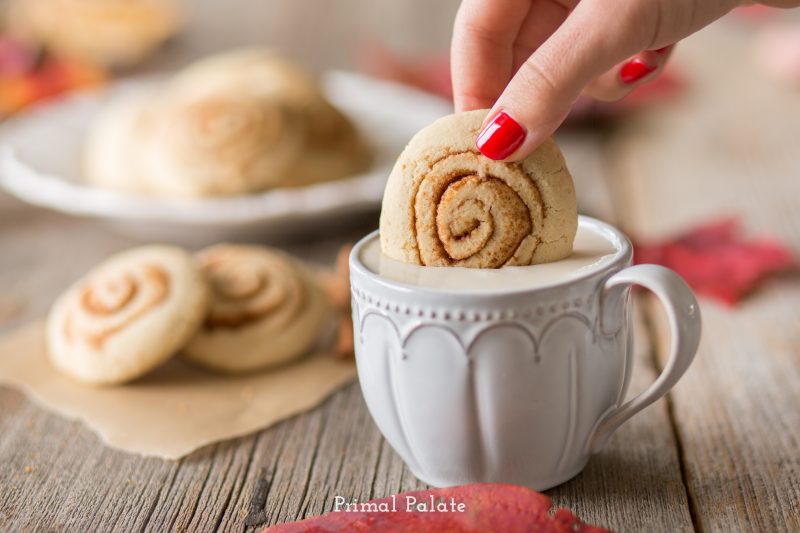 Unfortunately I couldn’t taste test this recipe, but I did smell it…a lot. I’ve been doing lots of ‘smelling of things I can’t eat’ lately. Mostly chocolate chips. Bill, Juli, and Kara tasted the cookies, as well as Bill’s parents, and they all gave them two thumbs up. In fact I got a text from my MIL saying “NO MORE COOKIES, THEY ARE TOO GOOD.” So there’s that. 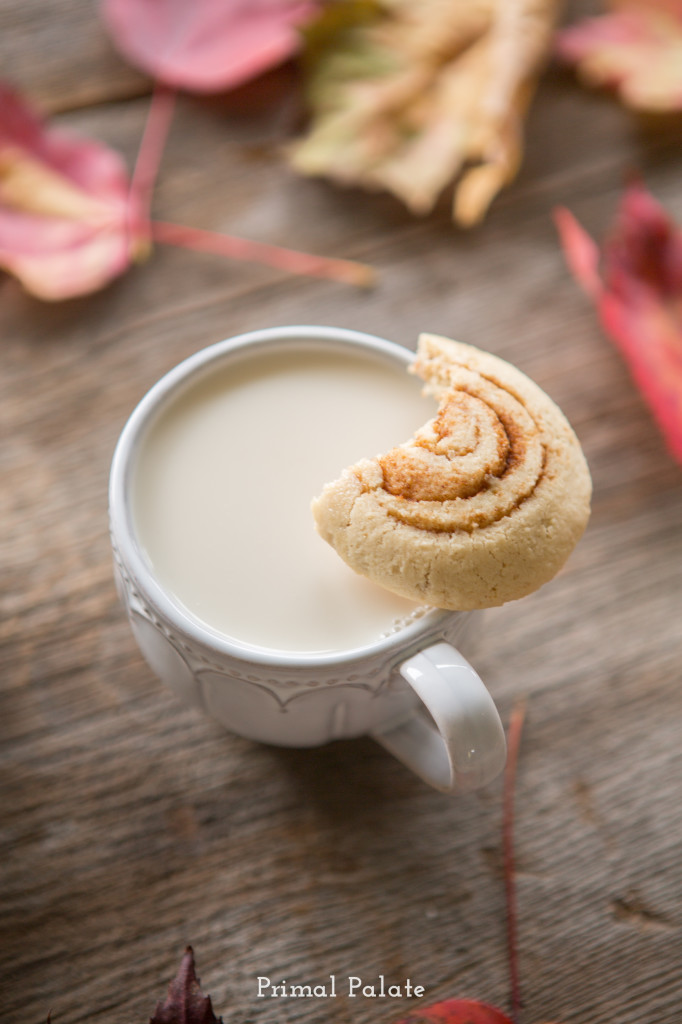 These cookies were also pretty easy to make! They look like they would be challenging, but the dough was the perfect consistency, so they rolled out very well, and rolled back up well. You do want to be sure that you are gentle with the dough when you roll the cinnamon and sugar mixture, because the cinnamon and sugar layer will act as a barrier with the dough, and keep it from sticking, and with these cookies you do want them to stay together. 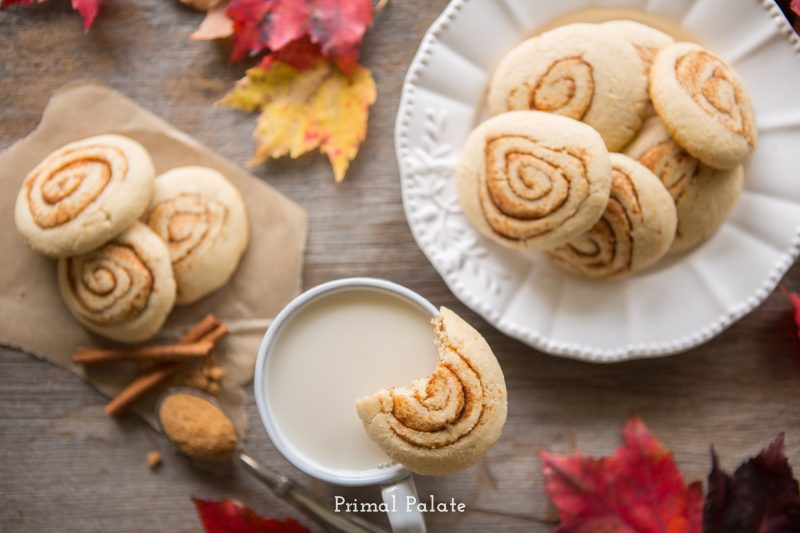 I also used my friend Brittany’s trick for slicing them. Dental floss! It works like a charm. We use this brand for flossing our teeth, which is tea tree, so luckily it also doesn’t add any aroma to the cookies. I hope you guys enjoy these. They are so fun for fall, and very tasty!

These cute and festive cookies are a fun little treat to make, especially during fall. The cinnamon and sugar swirl not only enhances the flavor, but also makes the cookies totally adorable.