For this week’s “Featured Contributor Friday” post, we interviewed Russ Crandall: founder of The Domestic Man and author of The Ancestral Table. Russ is one of the most laid-back, down-to-earth people you will ever meet. His blog posts and recipes match his personality perfectly: in one word, you can describe all of the above as authentic. He likes to create recipes that are accurate and “true to the dish,” which easily describes his book, The Ancestral Table. Halfway through our conversation, it became crystal clear Russ has big things planned for 2015 – including two new ebooks, plus an appearance in Food & Wine magazine. Read on for all the details – and thanks for taking the time to speak to us Russ! -Kara

Tell us about the recipes you chose for the Best Paleo Recipes of 2014 cookbook.

I was actually pretty deliberate picking those six recipes. I wanted one that was purely vegetarian, which is the Ital Stew – a Jamaican dish. This is not supposed to be a delicious soup; they don’t even add salt to it because that would be considered a “processed food.” It’s supposed to be a little bland. Obviously I just wasn’t having that, so I added a little spice to it. Mickey Trescott made it for a party at Paleo Parents’ and everyone loved it, so I took that as a good sign. 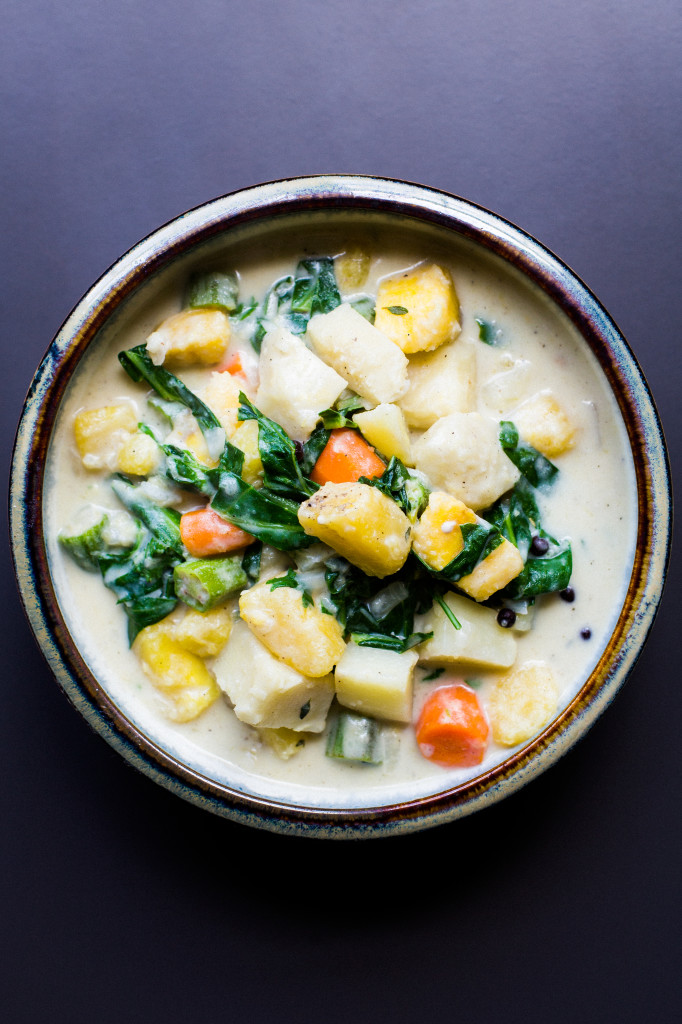 Another thing I really wanted was a combination of really easy recipes, with a few hard ones too. The Steamed Littleneck Clams is a 10 minute recipe, and the Tuna Stuffed Potatoes are pretty quick, too. The Pollo al Ajillo takes only two steps – you just marinate it overnight grill it over indirect heat. 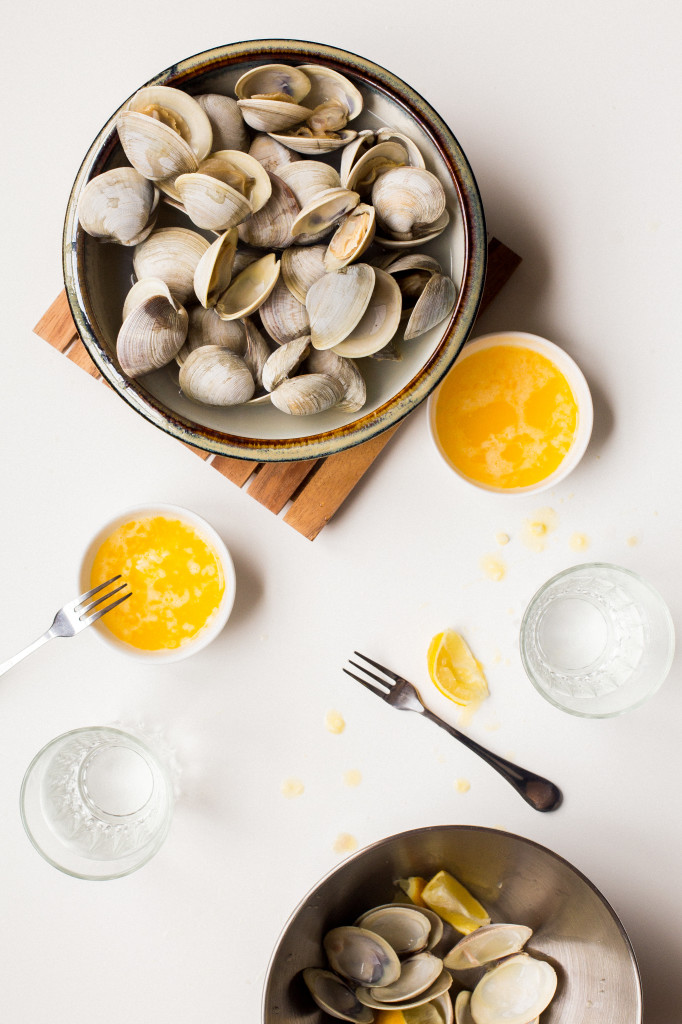 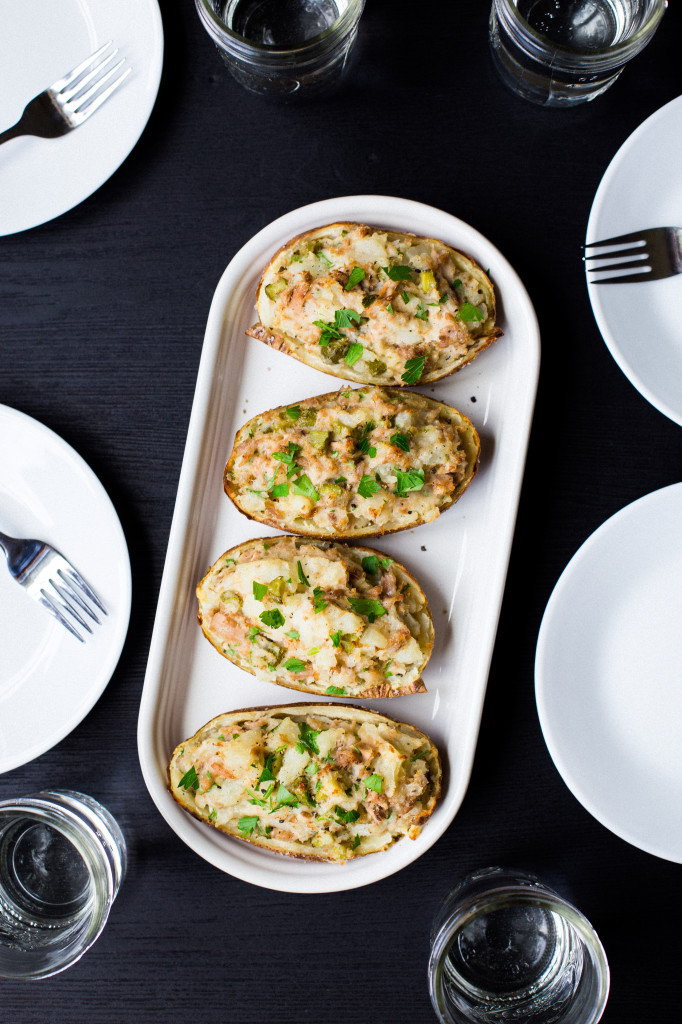 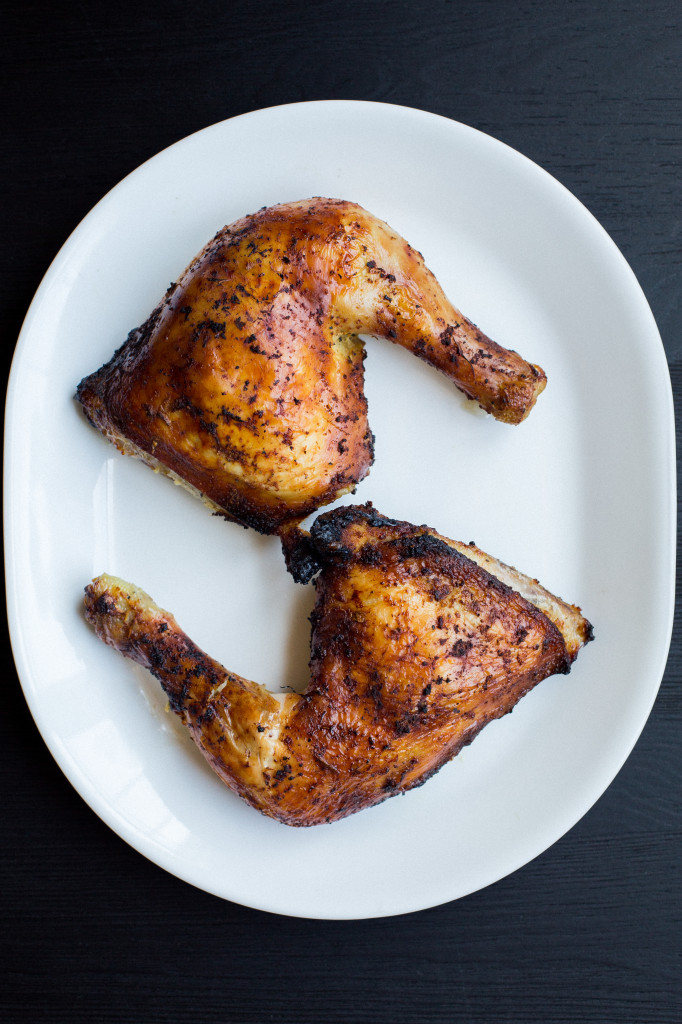 The Meatloaf is really good. There are a lot of meatloaf recipes out there, but for mine I used mushrooms as a binder and cooked it in a waterbath so it wouldn’t be overcooked. I was really happy with how it turned out. 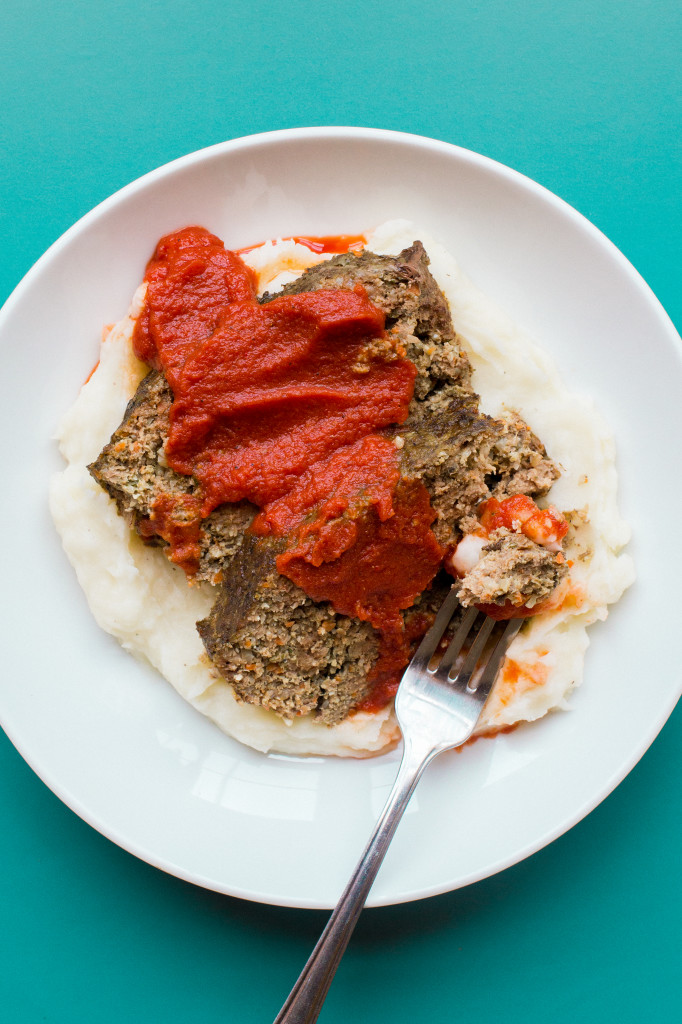 Beef a la Mode is a typical French Pot Roast. I really like that one because it’s super flavorful; to the point where every bite is like, “Wow. I wasn’t expecting that from a pot roast.” I braised it in red wine and beef broth; and finding the perfect ratio made the dish really tasty. 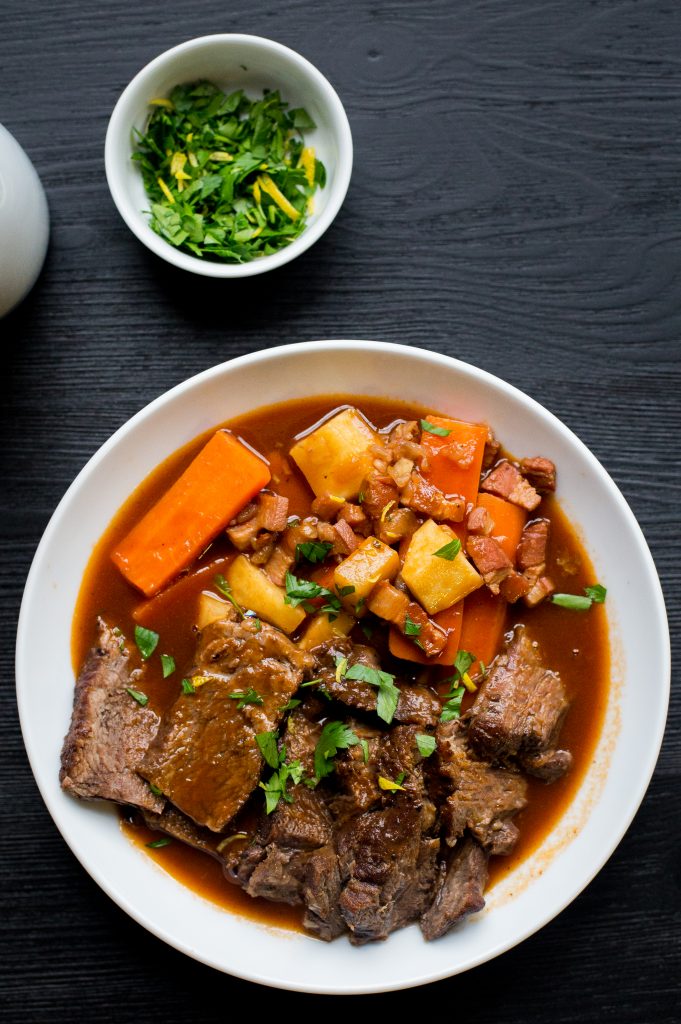 Do you have a favorite cookbook?

Honestly it’s been hard to find a cookbook I really like that still matches my approach. When I’m working on a recipe, I want the dish to be “historically accurate.” I don’t really trust cookbooks because an author may have a different agenda than staying true to history, so I read a lot of material on the internet.  I’ll watch YouTube videos of people making food in their own homes, sometimes in their own language. I would rather create a historically accurate recipe and make it tasty, than find something that tastes good, but isn’t true to tradition.

There was one book that came out called the Old World Kitchen, which was written by a British lady and is Europe-focused. It is filled with some of the most comforting foods ever created. I also love to see the new Paleo cookbooks coming out, to see what everyone is coming up with.

What projects do you have in store for the upcoming year?

I recently moved to Florida, and fortunately my workload has been cut in half. Now that I’m here, I’ve been taking advantage of a true 8-hour workday, and it’s been really fun to devote more time to the blog. So, I have four big things coming up:

That’s insane! You have Food and Wine and the Food Network calling you!? Way to go!

Yea, thanks! Honestly, I have no idea how I get these e-mails. I was up for a Saveur award in the Special Diets category two years ago, and I still get traffic from that two-year-old link. I don’t put myself out there or solicit other people, it just happens.

Originally, the Food Network asked me to come to New York for the weekend to audition, not knowing I had moved [from D.C. to Florida.] When I sent in my audition video, I thought, “Oh this is actually really fun.” So now I’ve done a few YouTube videos. It’s actually really hard! I’ll be cooking, and then look at the camera and say, “Ok actually DON’T do that! Do this instead!” I really need to start with just filming the dishes I know. But I think cooking videos might be my new direction.

What advice do you have for someone following Paleo on a really tight, i.e. minimum-wage-tight, budget?

My recipes tend to be in line with the Perfect Health Diet, meaning they do use starchy foods. Rice and potatoes are two of the most budget-friendly foods out there. If you can tolerate it, adding in rice is an easy way to make a meal affordable. Canned fish is really good for you, and it’s really cheap when bought on sale. The last tip I have is home fermentation. If you have the time, it’s a great way to get a lot of nutrients without paying a lot of money.

I usually have two staples; and gosh, it makes me sound like I’m a starch fiend. The first is Colcannon, which is an Irish dish mixing whole potatoes with sautéed kale. The other dish is Jap Chae, a Korean dish made with sweet potato noodles, steak, and a flavorful sauce. You can make it Paleo using coconut aminos and it will still taste great. At Paleo parties, no one brings the carbs. It’s all meat and bacon-wrapped dates. I go to one of those things and I’m literally TIRED from eating so much meat, yet don’t feel full or satiated. 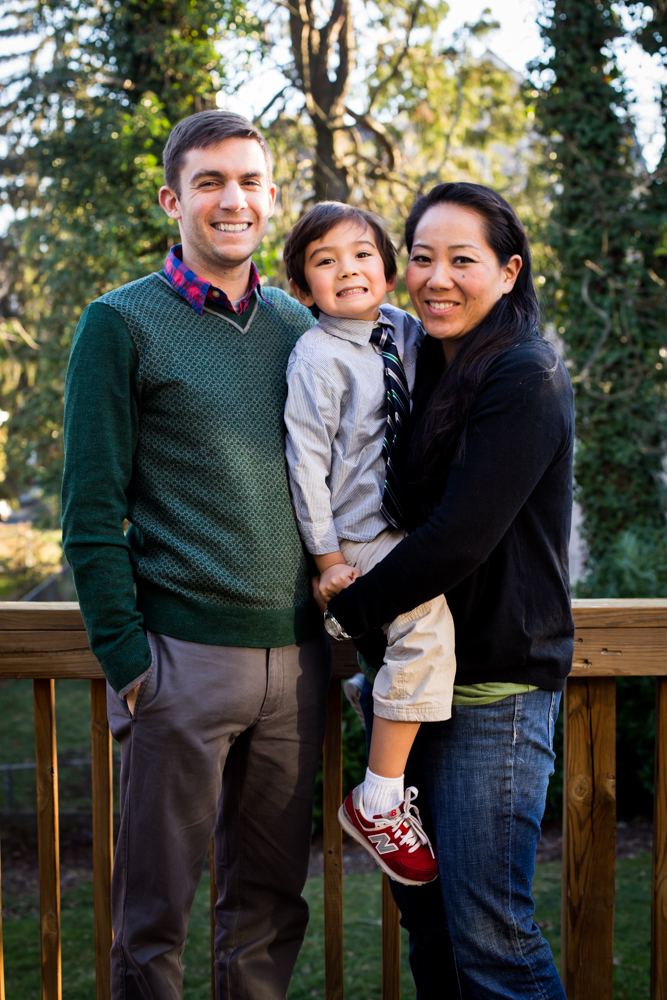 What do you always stock in your pantry?

Ok I’m literally going to have to open my pantry to look. Let’s see…coconut milk is everywhere. I have a lot of canned fish in almost every variety: tuna, sardines, kippers, anchovies, salmon, mackerel.We have a lot of seaweed and dried mushrooms. Basically our drawer is full of 12 different types of dried seaweed, along with oyster, black, and shitake mushrooms. Mushrooms dry really well and it only takes 20 minutes to reconstitute them in water. You just add them to rice and – crap I said rice again – and other dishes, like soups.

Someone wanted to know more about the series you did on different Paleo brands and how food is produced. How did that turn out?

With that, there are a few things I learned right out of the gate. So many of the smaller Paleo food companies have the same values. They eat a certain way because they found it improved their health. Therefore, they’re really passionate about Paleo. Which is great…but it made the interviews really redundant.

With the larger companies, I was hoping they would follow the same Paleo values and standards. I recently visited a larger company, and did an interview and toured their facilities. I can remember asking how they made their tapioca and arrowroot starches, and they couldn’t tell me a thing. They source everything from Asia; they couldn’t tell me how it was made or what region it was from. So while it was awesome to see how smaller companies are doing smart, thoughtful things with their products, it was disheartening to see how larger companies were disinterested in anything but the bottom line, to the point that I didn’t feel it was appropriate to write about companies I wasn’t impressed with. I didn’t want to be the investigative guy who unveils all these bad things. Eventually I tabled the project until I can figure out how to better approach it in a way that’s interesting and unique for everyone involved.

[Hayley] Ok let’s finish up these audience questions…Someone wants to know if you’re single and what your “rating” is…What the heck?

[Russ] Maybe they meant the Navy. Is that it? In the Navy you refer to your ratings. That could be it. That’s probably not it.

Ok, any final comments for followers of “Team White Rice”?

We tend to look at things from an “avoid / eat” list, yet we’re eating things that are way less Paleo than rice from a historical, and even nutritional, standpoint. I’ve always wanted to examine why we gravitate toward these strict yes/no lists. Honestly, how is rice NOT Paleo? Look at tomatoes: Westerners have only eaten tomatoes for about 200 years, and there is a huge population of people that cannot tolerate them. Yet, rice has been eaten since prehistory, and is considered so easy on digestion that it’s been used as a baby food for thousands of years.  There has to be more to it than a list. 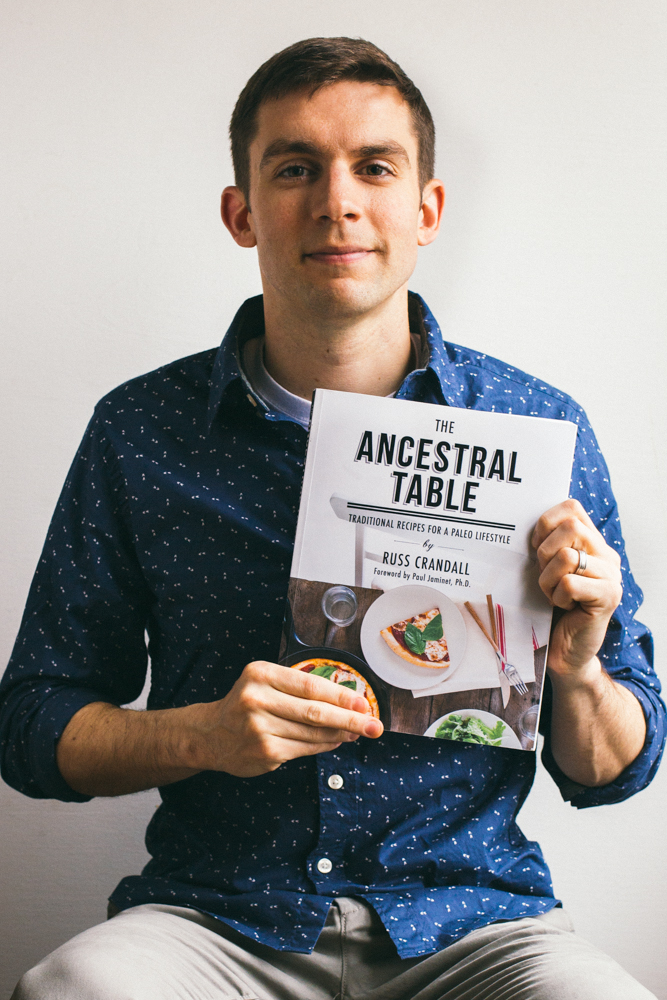