Paleo Success Story: The connection between food and mental health

Never has it taken me so long to edit a single post.

I interviewed Elizabeth this past fall, then let this sit as an unedited Word doc on my Mac for months. To be completely honest, I had no idea how to edit it. I wanted to do Elizabeth’s story justice and share it, but I wasn’t sure if certain pieces would be too graphic. Her battle with mental health was unlike any story I’ve ever heard, let alone written about.

If you keep reading, you’ll see at one point Elizabeth says, “I just told myself, ‘This is no longer an option,’”—and that line alone was enough to make me hit publish. I cannot believe how strong and brave this girl has been through this entire experience. For every time you’ve wanted to eat a pint of ice cream after a bad day, I suggest you read this first.

Thanks for sharing your story Elizabeth. -Kara

Note from Bill & Hayley: If you or your loved ones are struggling with Depression or Anxiety or other mood issues, we urge you to seek the help of a medical professional.

Let’s start from the beginning. How did you find Paleo?

I found Paleo through my friend, Gretchen. She had posted about it on Facebook for three months before I started in July of 2014. I was going part-time at my job to help with family, and would soon lose my health insurance. I was very overweight and dependent on a lot of medication, which I knew would cause a financial strain over the next year. I started Paleo with a Whole30. I didn’t go Paleo to lose weight—it was about making a lifestyle change.

What medications were you taking before you lost your insurance?

I have PCOS and have been diagnosed with multiple mental health issues: major depressive disorder, major anxiety disorder, and post-traumatic stress disorder (PTSD). I was on medication for all of the above.

I have dealt with depression since my late twenties. My family had been through a lot of hardships: my brother was diagnosed with cancer, I was in 3-4 severe car wrecks, and my niece died. About a year and a half ago, my brother’s cancer returned. I went part-time so I could tend to him in hospice until he passed in December.

I was absolutely terrified to go off my anti-depressants, but with the changes to my insurance I knew I had to. I hate dieting, but I had only ever done it for weight loss. I read about the connection between the gut and the brain, and said to myself, “I have to do this.” In July of 2014, six months before my brother passed, I went off my anti-depressants and anti-anxiety medication.

Between stress, my many medications, and PCOS; I had not had my period in two years. Within two weeks of the Whole30, I got my period back. 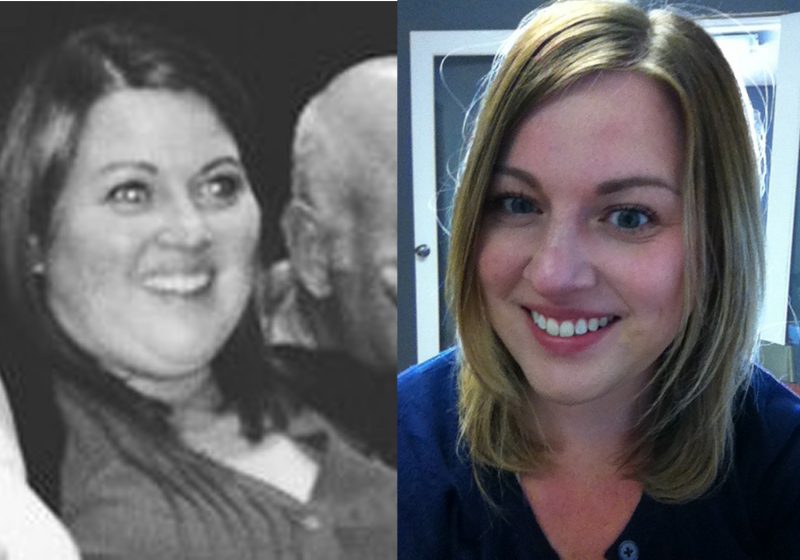 Had you always struggled with your weight? Or was it brought on by stress?

I was raised in a healthy family, yet we’ve all struggled with our weight. We never ate dessert, ate out, or ate junk food. I can’t blame my upbringing on my weight—it’s just genetics.

I was average-sized until I was 25. When I was 32, I gained 50 pounds. I didn’t know what was going on. Often times, PCOS causes you to become insulin resistant. Everything you eat just turns to sugar. They put me on Metformin and I instantly lost 50 pounds. However, after switching to a sedentary job and going through a few traumatic events, I was put on anti-psychotic medication. That was the weight that would not come off.

What mental health issues have you battled throughout your lifetime? What events lead to your diagnosis?

The depression I dealt with was crippling. I’ve been hospitalized twice, and was once on FMLA (Family Medical Leave) for four months because I almost had a break down. I feel as though I’m talking about a different person, because I don’t identify with that girl anymore.

Going into a mental hospital is awful. You’re on lockdown and monitored 24/7. The first time was because I had such severe depression I wasn’t functioning. They chose to give me ECT—Electro Compulsive Therapy. It sounds really scary, but I’ve had it done and can tell you it’s very effective.

Holy mother of…What did your family do?

My family was terrified. I was terrified. When you have a family as close as mine, and you do something like that, it changes everything. My brother was the one who found me. That’s why it was so important that I be a healthy person. I needed to return the favor he did for me—for calling 911 and saving my life. 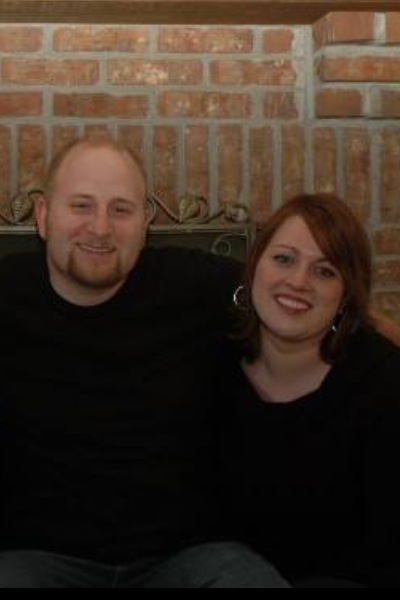 When my brother went on hospice, I knew he was not going to make it. He had brain cancer, and eventually had a stroke. He could not speak for eight months before he passed. I had to be at the top of my game. Emotion was taken out of it, and I told myself, “This is no longer an option.” It had to happen, especially with my brother being so sick.

Most people would have wanted to emotionally eat a dozen cookies in that situation. Was it hard to stick to Paleo?

It was hard in the fact that friends and neighbors were constantly bringing us food. When people bring comfort food, it tends to be a five-course dessert. Usually, I would have taken full part in that.

I was so devastated for hurting my family with my attempted suicide, that any craving couldn’t touch that. It was so awful. I was so terrified by what I had done, I wouldn’t even lick my finger if there was frosting on it. Honestly, I don’t think I could have ever done Paleo had it not been for that situation.

How has your family reacted to you undergoing this transformation?

My parents and the rest of my family are thrilled. I live with my sister-in-law now, because she has two little boys I help care for. Naturally I’m an introvert, but now I have such an easier time interacting with people. I quit my job and now work as a real estate broker where I talk to people for a living. It doesn’t even make sense that food could change how I interact with people. 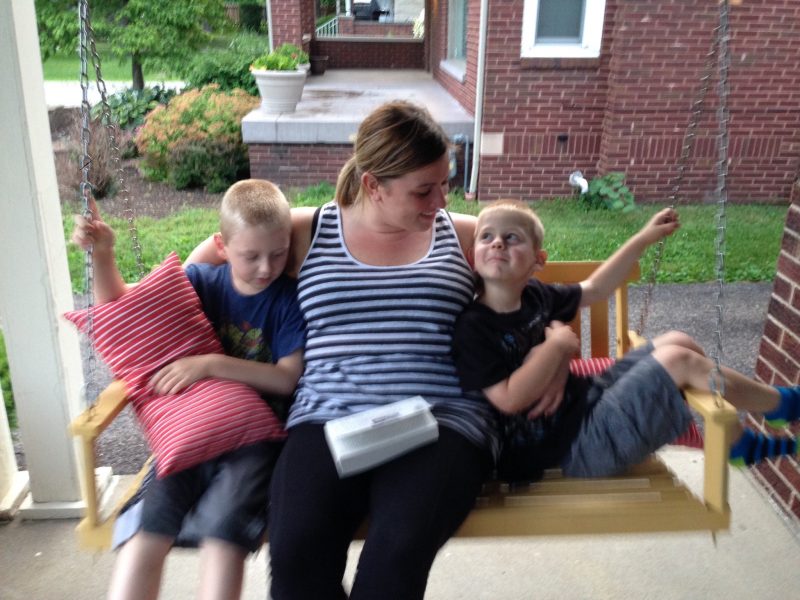 Did you ever cheat?

I was super strict for five months—I never cheated. Once Thanksgiving and Christmas came, I gave myself a few cheats. I’m 80/20 now. I’ll enjoy dessert, I just don’t like it as much as before.

Once you get off sugar, it’s crazy—I’ve found I don’t really care about food. I get very little gratification from it. I battled weight my entire life, but once I detoxed I found I didn’t really care about what I was eating. This is coming from someone who would inappropriately overeat—to the point where I thought I had a disorder. I still struggle from time to time, but it’s nothing like it used to be.

What advice would you have for someone just getting started?

Don’t make it too complicated. I think I was too hard on myself during lunch. I would make myself eat salads for lunch—but I hate healthy salads! I’ll eat a fried chicken salad all day long, but can’t stand healthy salads. I would buy so many different meats to make various recipes, and after two weeks I thought, “I’m fine if all I eat is a pork chop, sweet potatoes, and broccoli every day.”

You went through a horrifying experience and you were able to change your life around in spite of that. What do you say when someone can’t make that level of personal commitment?

When I meet someone and tell them about Paleo I say, “Listen, I was here, and now I’m here.” It never hurts to try it. You will never be worse off than where you started.

Things do not have to be so awful and miserable you would even consider taking your own life. The fact that eating right can lift my depression by the same amount as getting my brain shocked, is shocking to me. With my diagnoses, I don’t think any doctor would have ever believe I had a chance of getting off medication. Yet I became a new person without the help of pills. Mental health is like physical health—you have to work at it. At one point in my life, I was getting daily injections in a hospital I had such terrible migraines. So if a sick person is standing in front of me and I tell them, “This is what I did to change,” and they say no—I just want to smack ‘em. I knew there had to be a root cause to all I was dealing with.

I just realized, I got so caught up in your story I never asked you how much weight you’ve lost!

I think I’ve lost sixty pounds, twenty of which came off in just two weeks. It had to be water weight and inflammation. It was just puffiness that went away. I lost those 60 pounds without exercising, and have been able to keep it off. 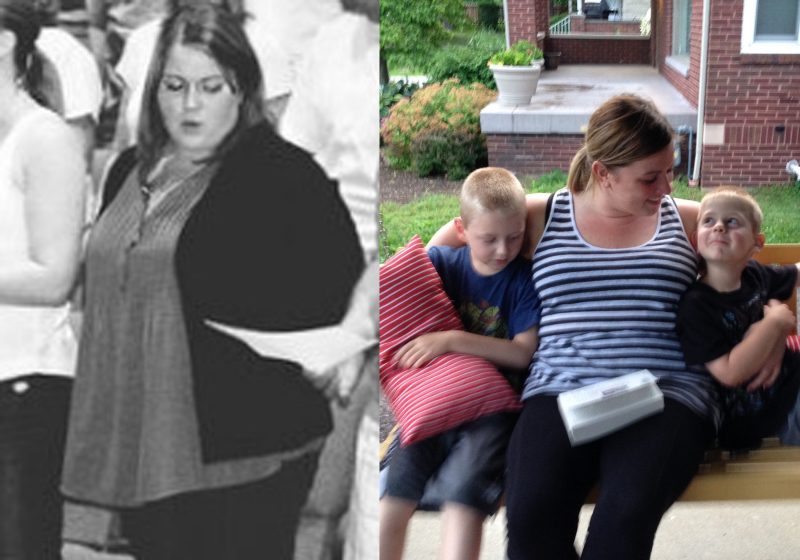 Secondly, I tried Paleo for about two weeks 4-5 years ago and I did not last. I didn’t do my research, which is a game changer. When I read about how the gut affects different parts of the body, a light bulb went off. You need to do this for yourself. It has to be so important, and so vital to you, that you won’t give up. It should never be about weight loss—it should be about looking back a year from now and being ahead of where you stand today.