Several weeks ago Bill, Hayley and I received an e-mail from Katie of Personally Paleo – an up-and-coming blogger who started following Paleo in 2013. When she mentioned she had lost a total of 85 pounds through a combination of Paleo and exercise, I immediately said, “I have to talk to her!” Katie is only 25 years old, and openly says she was an introvert in high school who, “never had any confidence.” Today she is someone who pushes herself and tests her limits. Last year alone, she ran three half marathons, went on her first backpacking trip, and launched her own blog. She knows all-too-well the mental battles associated with weight loss, even after the pounds have come off. Keep reading for her insight on confidence, happiness, and sustainable health.

Let’s start at the beginning. Was weight something you always struggled with?

I was basically overweight my entire life. I played volleyball in high school, and while I had the height, I wasn’t quick on the court. When I moved to Chicago, I was working from home a lot and was really down in the dumps. One day I thought, “There is a literally a gym a block and a half from your apartment, and you’re too lazy to go walk in.” When I walked into the gym that first day, the guy at the front desk was super friendly and encouraging. He said, “We have personal training here too,” and really sold me. It was my personal trainer that really got me going. 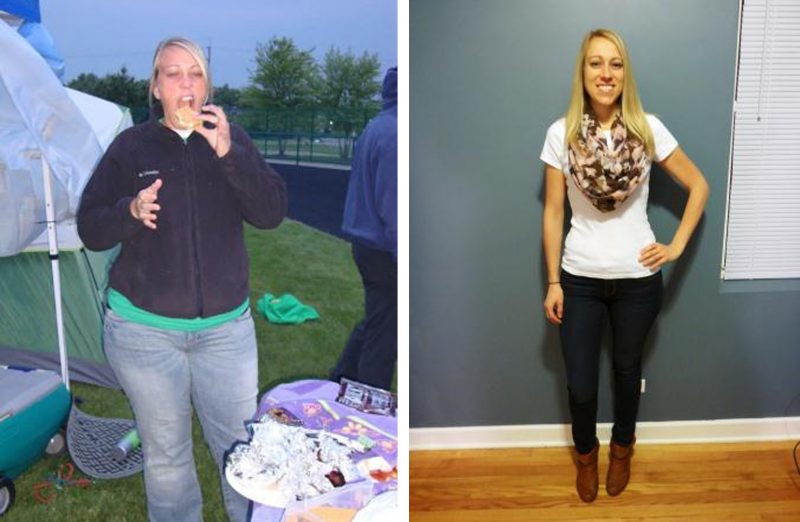 Those first three months my trainer taught me proper form, and how to use weight machines. I lost about 25 pounds in three months. I kept going, and on my-second-to-last session my trainer asked me, “Do you run at all?” Right away I said, “Nooooo, no no no. That is not my thing,” And he just said, “No. We’re going to make you run next time.”

The next day I went to the gym and got on the treadmill. I kept running as a personal goal, even after my personal training sessions were done. I ran for about eight months, but would always hit a wall at 2.5 miles. I couldn’t even run that extra half mile to get to a 5k. Two weeks after I started Paleo, I ran my first 5k. I literally thought I was going to cry when I walked into my apartment afterward I was so excited. Last year, I did three half marathons. 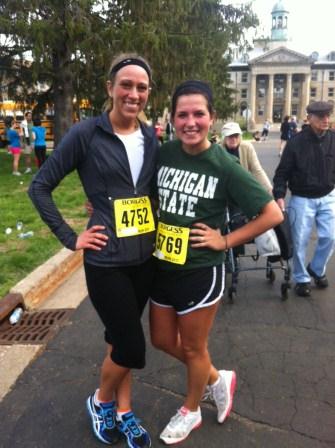 How did you find Paleo?

It’s actually kind of weird; I didn’t find it myself. When I was working with a trainer, they really emphasized the low-fat, eat-edamame-every-two-seconds, whole-wheat-bread-is-great; kind of diet. Then, my boyfriend Kyle started looking for a homeopathic remedy for ADD. He stumbled upon Paleo, and really wanted to try it. He showed me Mark’s Daily Apple, and I read it for six hours straight. I said, “Alright. Let’s do this.” I spent two weeks planning everything. I agreed to do it for thirty days; but when I realized how easy it was, I kept going.

During those first two weeks we referenced Mark’s Daily Apple and the Whole30 website. Then we went to Barnes and Nobles to find a cookbook to help with meal planning. The first cookbook I ever bought, was Make it Paleo. 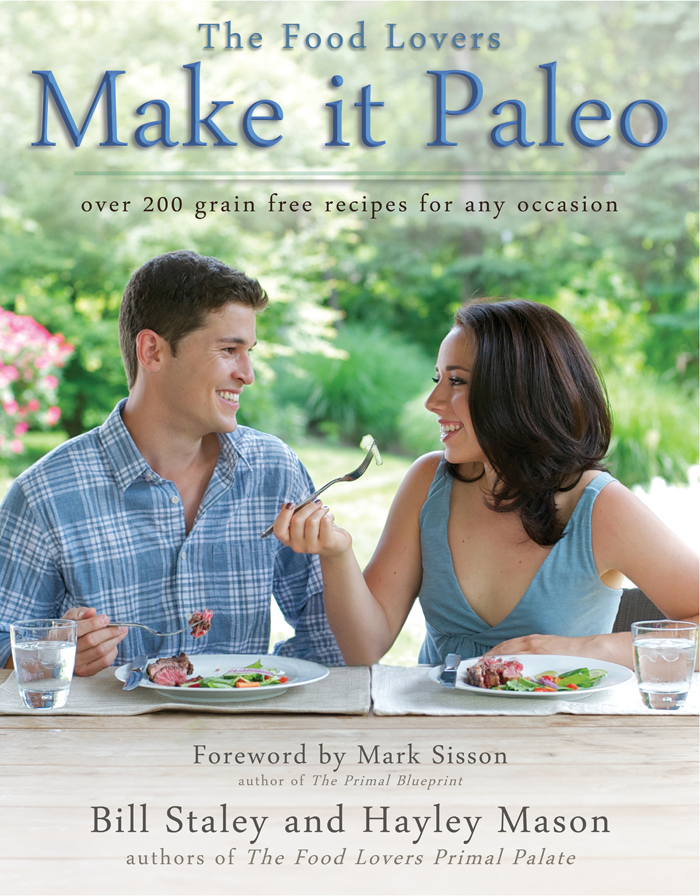 Did you know how to cook before Paleo, or was that an adjustment?

I wasn’t ever really a cook, and when we did cook it was instant rice and pan-fried chicken. It was weird to adapt initially. We both worked full time, and we were used to bringing frozen lunches or soups for lunch. It was hard because we couldn’t just go to the grocery store and grab ten meals before work. Now, we take leftovers every single day for lunch. We never worry about having to run out and find something to eat in a pinch.

Did Kyle know you before you were Paleo? What has he thought about this entire transformation?

We’ve been together for a little over five years now. He’s a good boyfriend, and says I was always beautiful, no matter what. But one thing he does say, and what a lot of others say, is I’m just a lot happier. 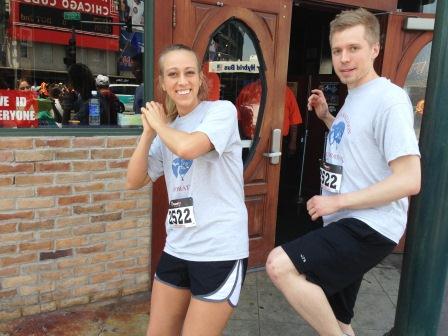 When I was overweight, I was very introverted. I was on the defensive a lot, thinking people were looking at me or judging me. When I played volleyball, I never had any confidence. I would just go home, and eat. I would go with friends, and eat. Now I find myself to be a much happier, kinder person. I’m more open to trying new things. I have the confidence to try new sports or go on a trip, and Kyle has definitely noticed that.

Did you ever go on any crazy, fad diets?

Oh definitely. In high school, you feel so much pressure to look or act a certain way. It really wares on you. One year, I tried giving up all sugar. Another year I tried giving up all pop. In the end I just drank tons of Gatorade. The craziest diet I ever went on was one where I took these HCG drops. You were only allowed to eat 800 calories a day, and I would go out and buy low-fat hotdogs for lunch. In just one weekend, I had already lost ten pounds and thought, “Oh my God, this is AWESOME!” I went to my boyfriend’s house for dinner, and his parents asked why I was hardly eating anything. He explained I was on the HCG diet, and his parents were like, “That’s so unhealthy!” 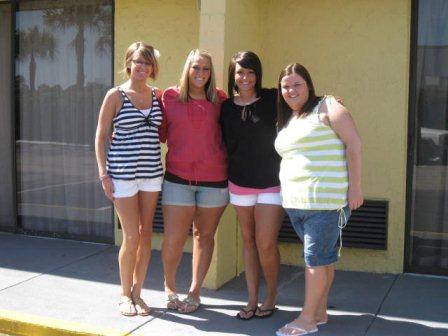 Did Kyle ever worry about you? 85 pounds is a lot of weight to lose – did he ever think you were going “too far”?

There was a period when he started to worry. I was so obsessed with “low-fat,” I literally wouldn’t eat anything unless it contained those two words. When you go through such a big change, you become really paranoid that something will mess everything up. You think one little thing will throw all your hard work out the window. I became really hard to be around because I was only “allowed” to buy low-fat things, I had to do an hour of cardio, I had to work-out at least four times a week. It caused me to loose touch with a lot of other things. Paleo released me from this idea that going out for ice-cream will set you back six months, or cause you to loose all the work you put in. 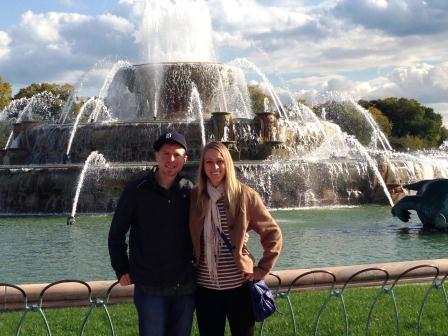 You seem to be such a well-rounded person, and really have things figured out. How did you come to find sustainable health?

To this day, I cannot pinpoint exactly when or how I made that change happen. I literally woke up one day and realized how unhappy I was. I had moved to this new city, where I didn’t know anyone but Kyle, I was sitting at home not doing anything, and I thought, “Ok. You CAN control your own happiness.” My weight made me unhappy, so I started there. 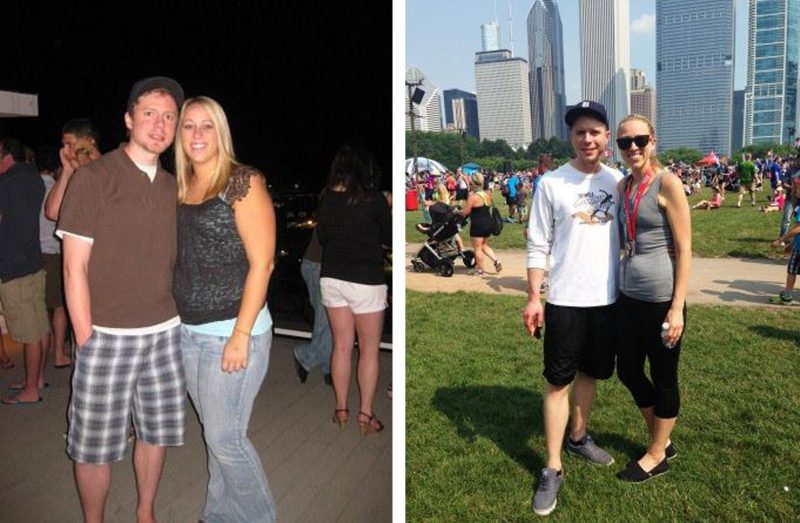 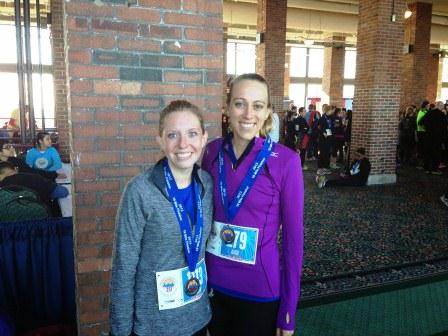 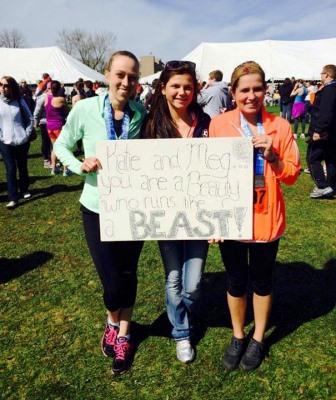 Could you offer any weight-loss secrets to someone who is just starting out?

Yes. I have three big tips: 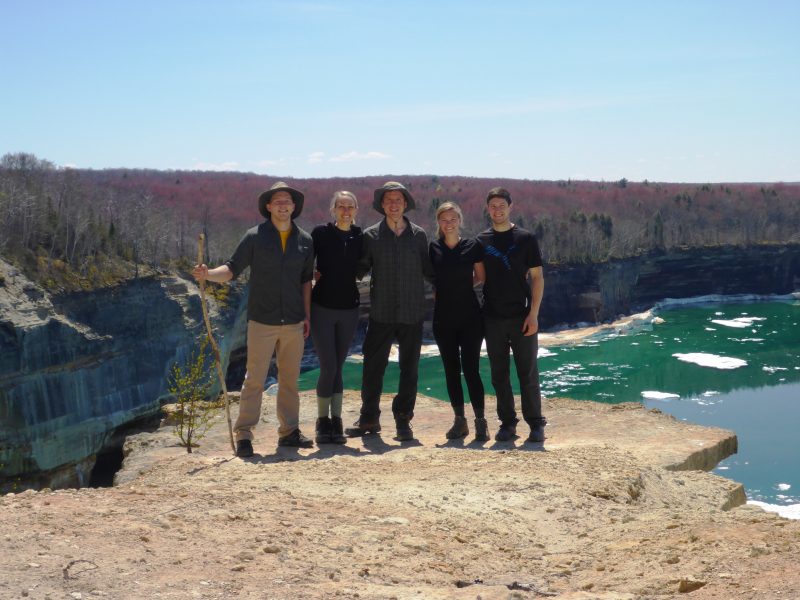 You’ve started your own Paleo blog. Tell us about it!

Yes! I started from the encouragement of family and friends. We used to FaceTime during dinner, and our parents would ask what we were having. When we told them, they would say, “That’s great – you’ll have to make that the next time you come home!” They were really supportive of starting a blog so I could share the actual recipes with them.

My favorite recipe is probably my quiche. I’m absolutely obsessed with breakfast, and I made the quiche with a deep-dish crust so it comes out a little fluffier. It’s an almond flour crust, and I’ll add almond milk to the filling to make it creamy. It’s a very personable dish – I usually make it with spinach and cheese, but you can use whatever you want. It’s called Quiche Kathleen after my grandma, who always made a quiche when I spent the night. 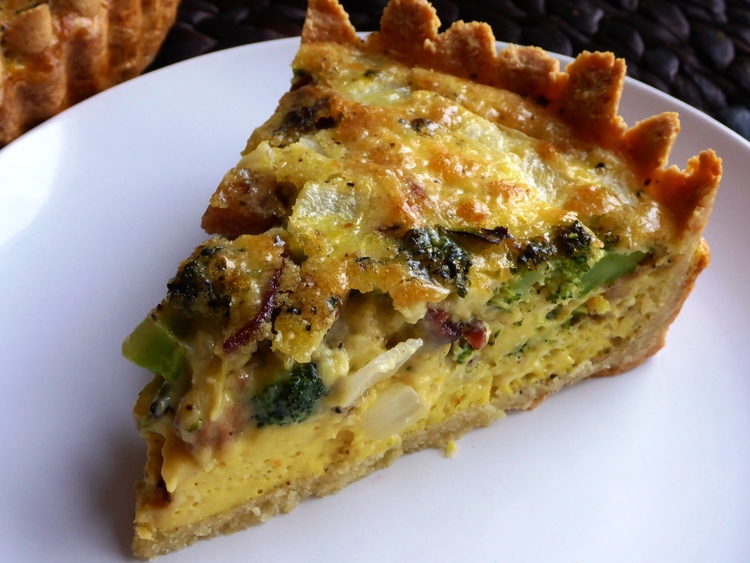 Another favorite is the Two Meatloaf – it’s a newer recipe but it’s a favorite. It packs a lot of flavor into a little loaf. The Cinnamon Pita Chips are also really good. I make them with Tigernut flour, which is very unique in the fact that it adds a natural sweetness to dishes. 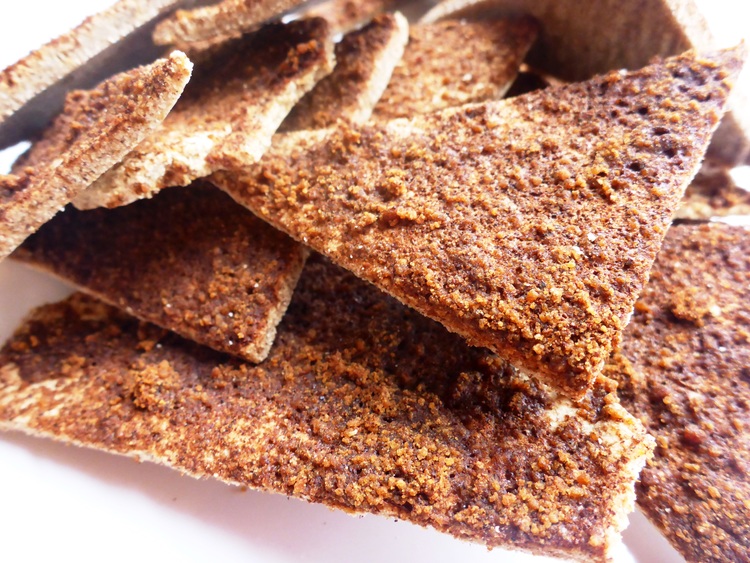 If you could go back and tell the Katie from 2012 what you know now, what would you tell her?

I would tell her, “Remember you’re not going to be perfect.” There are going to be days when you just want to eat a Snickers bar. It doesn’t mean you’re doing anything wrong; it means you’re human. Kyle and I don’t buy any groceries that aren’t Paleo, but if we go out and we want chips and salsa, we’re going to have them. I’m 25, and I enjoy a glass of wine or even beer on the weekends. It’s about making conscious decisions, and not beating yourself up over it later. There’s no such thing as Paleo perfectionism. You just have to make Paleo as perfect for you as you can. 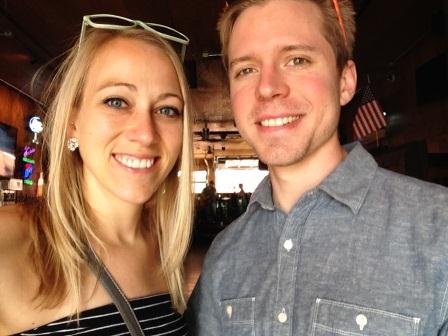