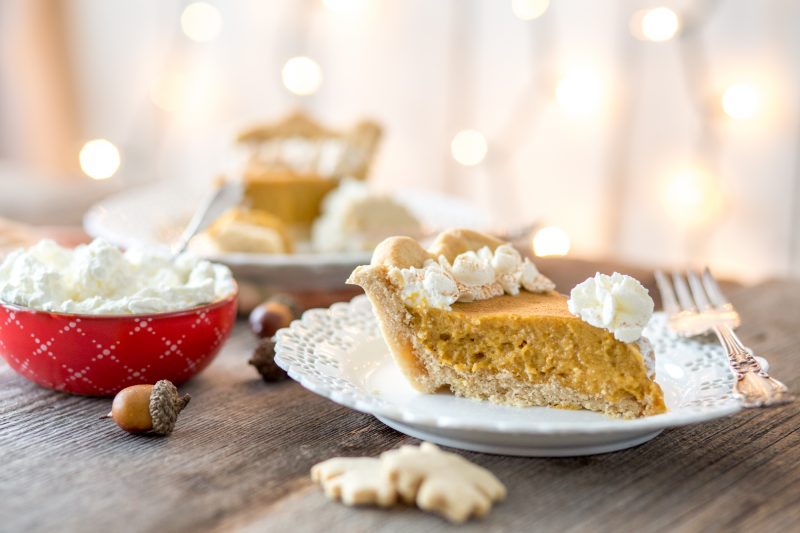 After four long years, we have decided to freshen up this recipe with a significantly improved crust, and some minor edits to the filling. We feel like this new recipe is a big improvement over the one below. Thanks for your continued support and encouragement!

***Please visit the NEW and IMPROVED version of this recipe*** 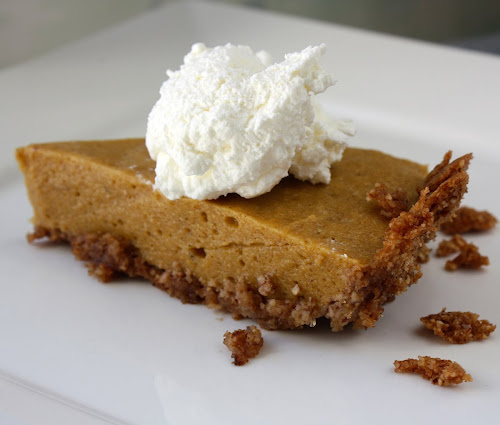 Thanksgiving is right around the corner, and whether you are new to primal eating, or a veteran to the grain free ways, enjoying Thanksgiving without straying from a healthy diet may still seem challenging. Bill and I wanted to present to our readers a delicious recipe for Thanksgiving pumpkin pie that is grain/dairy free, and delicious enough to fool any family member into thinking it is a classic pumpkin pie, full of sugar and grains.

Bill has been telling me for weeks that his dad (also Bill) makes THE best pumpkin pie in the history of pumpkin pies. I asked Bill (Sr.) where he got this recipe from, and he told me it came from a cook book of his mothers called “Ladies Who Lunch”. He said that one Thanksgiving while home from college, his job was to bake that pie for Thanksgiving dinner. Bill’s dad, being the generous man he is, allowed us to attempt transforming his infamous pie recipe into something more primal. I will admit, the pressure was on for this one. I had a lot to live up to when baking this pie. Thankfully we only had to change three things in the recipe and it came out absolutely delicious. Four stars on this one from Bill’s family, and his dad (thank goodness!).

The crust for this pie came from a gluten free pie crust recipe I found on Elana’s Pantry. That recipe can be found here. I did however make a few adjustments. I used maple syrup instead of agave, and coconut oil instead of grapeseed oil. This pie crust is absolutely to die for! It would work beautifully for any type of pie filling your primal hearts desire. Definitely worth trying! 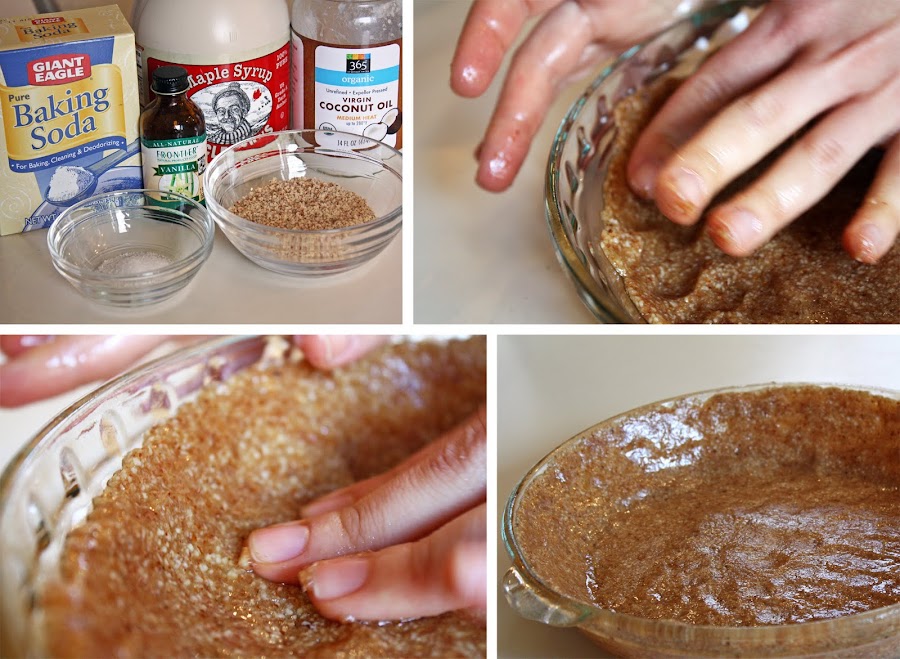 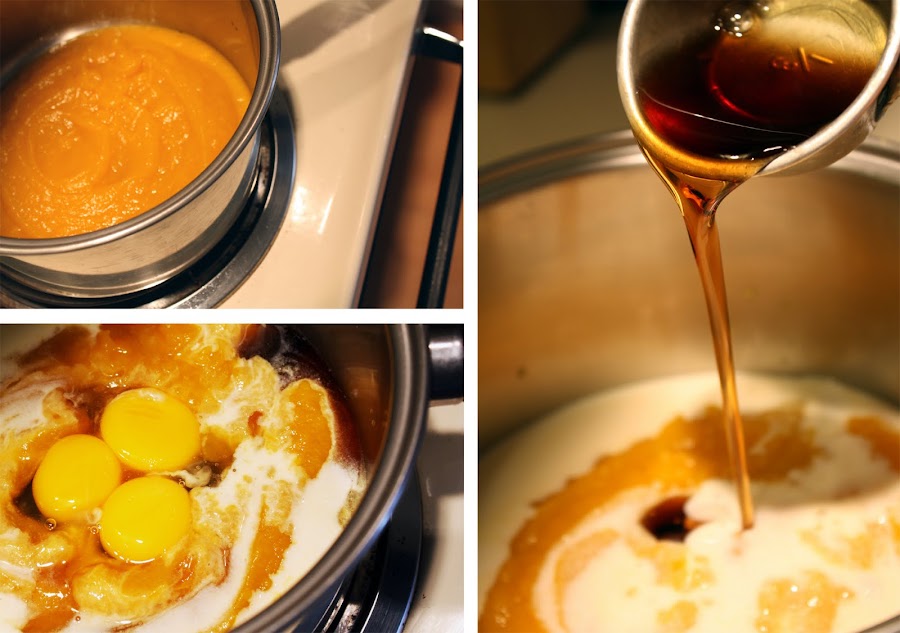 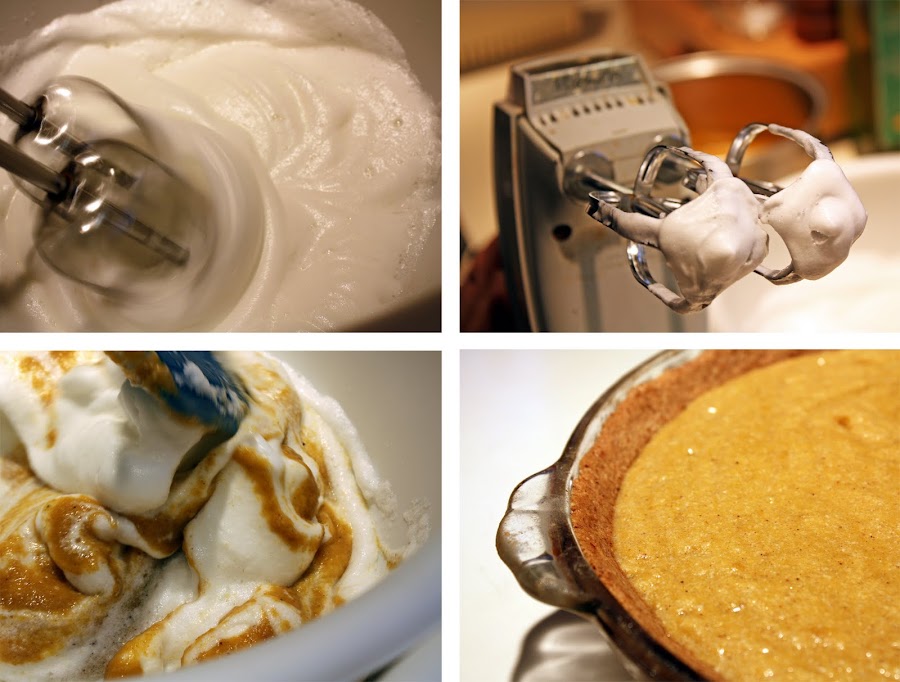 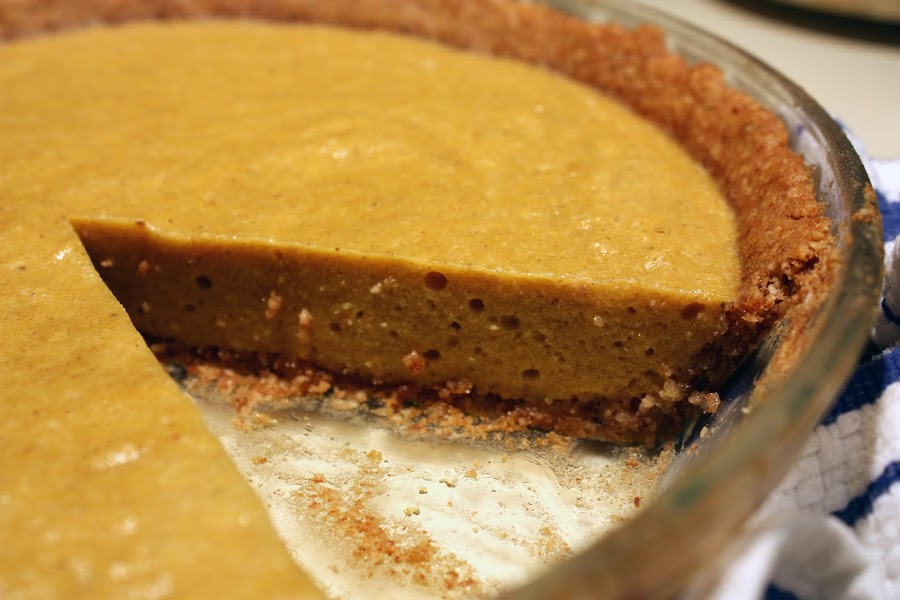 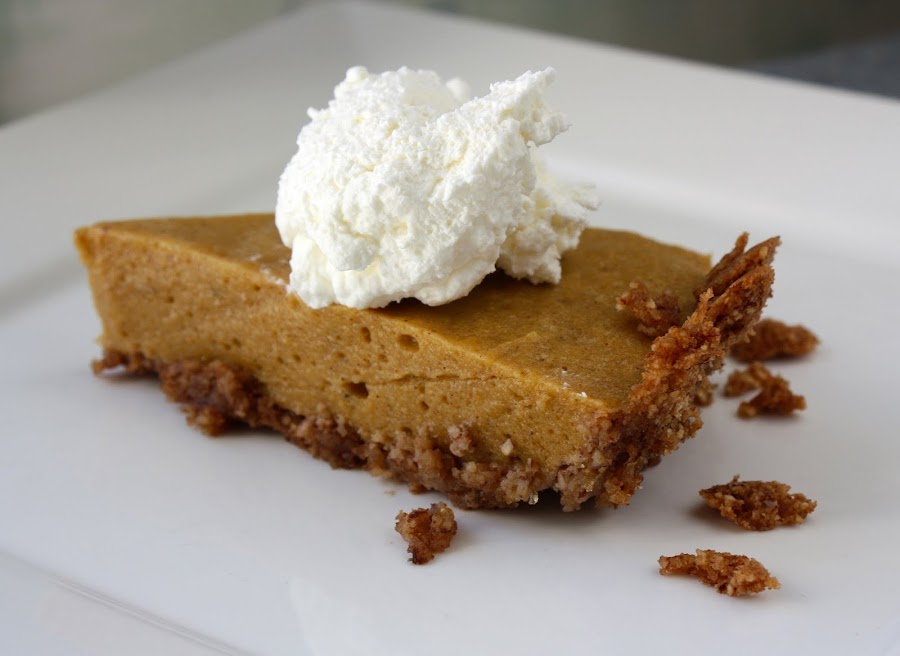 Although I have never tried the original version of this pie, our modified recipe was mouth watering! According to Bill and his family, it tasted just like the real deal. Pumpkin Pie success! We highly recommend adding this recipe to your Thanksgiving menu.