Let me start this post by saying that I hate the taste of liver! I desperately hope that changes one day, but as of now it totally gives me the “icks”. The first time I tried liver was an attempt at our first chicken liver pâté. I heard Diane raving about it so often that I figured we should give it a shot. It was a total fail. Bill even tried the “lets wrap it in bacon” trick. Unfortunately that trick just made the bacon taste bad, if you can even believe that bacon could ever taste bad. After dumping a pound of pastured chicken livers in the trash, and wiping the tears from my cheek, I thought, “Okay, my fault. Next time won’t be a fail!” I even made plans to try my Grandy’s recipe for chopped liver. This was a recipe that she used to make with her Bubbie, and I figured if she made it, it must be good! I still haven’t gotten around to making chopped liver with my Grandy, but it’s still on my “to-do” list.

The last time Diane came to visit us, she brought her homemade chicken liver pâté. I was really excited to try it thinking that I would love it, hoping my distaste for liver was only because of my failed attempt. Boy was I wrong. I could tell the difference between my amateur liver recipe and Diane’s for sure, but it was still was a no-go for me. The scariest part of this whole situation was that we had a giant beef liver in our freezer from US Wellness Meats. I knew beef liver was much stronger in flavor than chicken liver, and although frightened, I was desperate to figure out something to do with this nutrient-dense superfood.

Liver is chock full of B vitamins, which would be why my kitties run up and down the halls of our home like crazy cats after they have liver mixed into their dinner. After reading the benefits of liver from Diane and our other Paleo super goddess friend, Liz, I was even more desperate to get this super food into our diets.  There is even a great graphic in Diane’s post showing the difference between conventional liver, organic, and pastured. Moral of the story is that the healthier the liver, the darker in color it is. Pastured is best when choosing liver .Then it hit me. My Grandy always told me that when my mom was young she would have the butcher grind liver into their beef. She even told a story of one of the neighbor boys coming over for dinner and saying her hamburgers were the best he’s ever had. That was it. I was going to mix our beef liver into some ground meat and hope for the best.

I didn’t use much liver, and just chopped it up as fine as I could. I then mixed it into grass fed ground beef, seasoned it, and formed the meat into little liver packed meatballs. The end result was pretty good. Every now and then Bill and I would take a bite that was full of liver flavor, which sort of made us shudder, but all in all it worked out pretty well. For those of you Paleo parents out there looking for a way to get some liver into your kids’ diets, I highly recommend the hamburger trick. It is a surefire way to get the liver down, if your little ones can’t stomach the flavor. 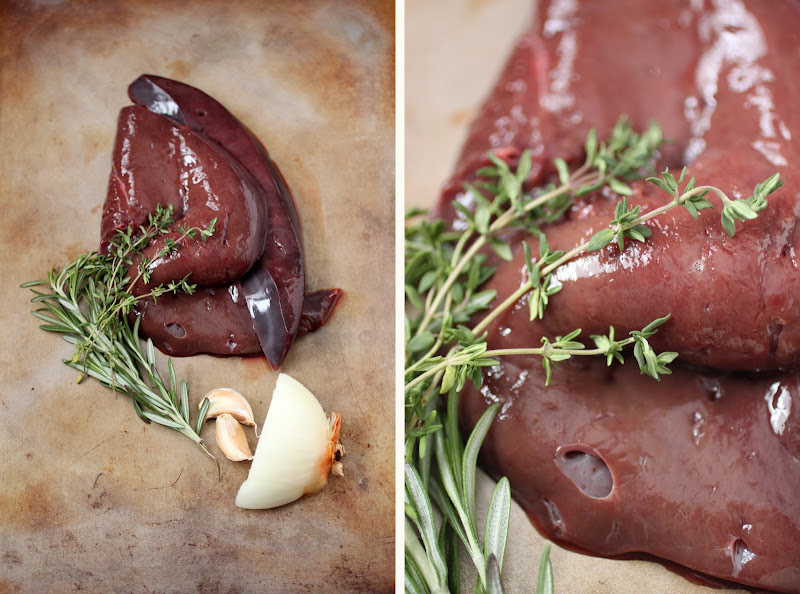 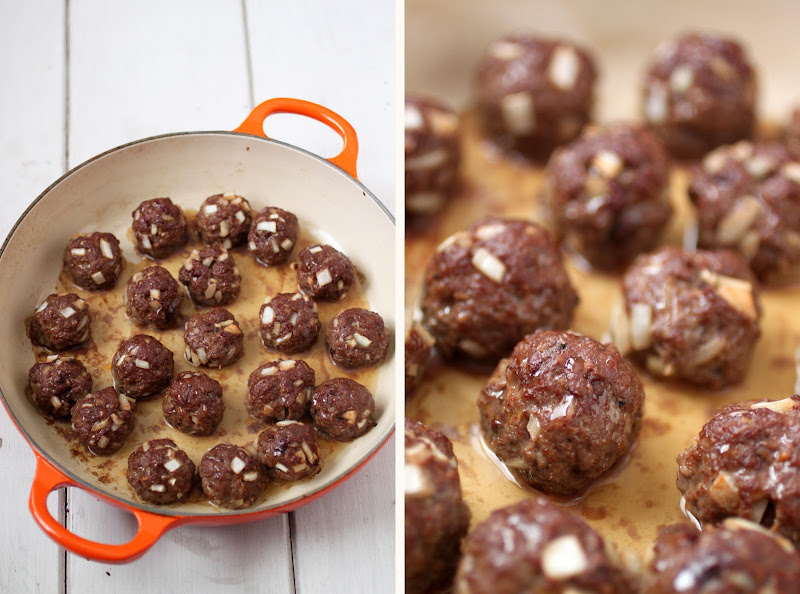