How to Grill Prime Rib

We’re back! I know, two posts in two days. Our 2015 New Year’s Resolution was to post more frequently… better late than never, right? 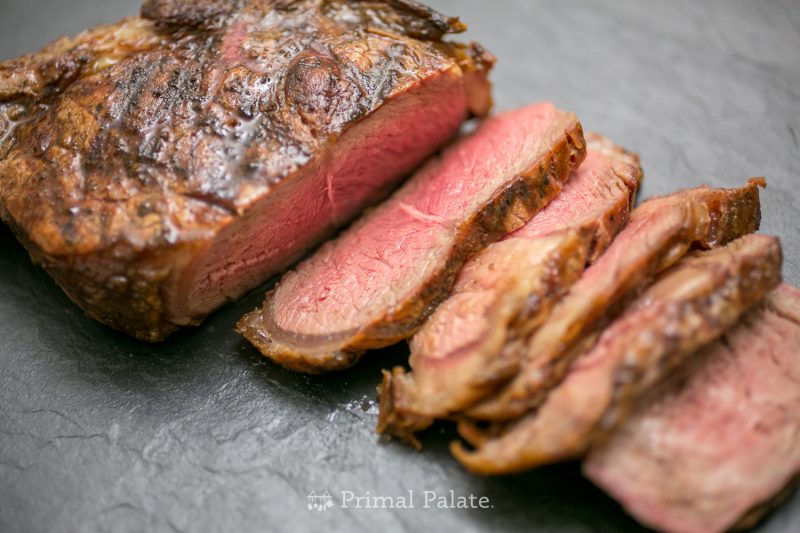 After posting a Sous Vide Prime Rib recipe yesterday, I thought: “great, that recipe probably works for the few dozen readers that have a sous vide or immersion circulator.” But what about everyone else? Even having a Sous Vide, I usually don’t feel like hauling it out. Filling it up. Vac-packing the food. Not to mention planning a meal several hours in advance. That takes thought and effort: two things that are hard to muster some days.

I will say this though: the sous vide method yields a much better, more consistent result. So there’s that. However this (grilled-only) steak still tasted GREAT. 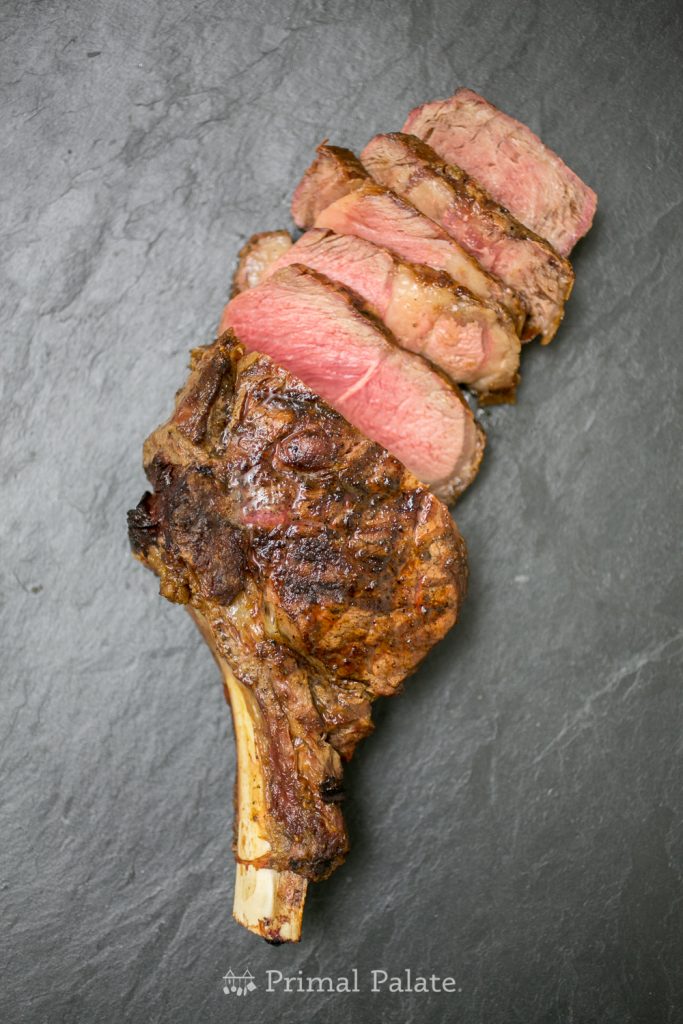 So here you go: a great way to make Prime Rib using just a grill and a meat thermometer. The only tricky part is getting a really hot, really quick sear, and then using indirect heat to gently bring up the internal temperature to around 125F (which will rise to 135F after cooking). Because a single-bone chop is still quite thick (at almost 2″), you need to take out the cut at least 30 minutes prior to grilling, ideally 45 minutes. This helps lessen the temperature differential between the center of the cut and the edges.

Normally we would sous vide Prime Rib, but if you don't have a fancy immersion circulator, this method will do just fine! If you have a meat thermometer and a grill, you're in business!