A recipe search for “paleo pancakes” is what led me to Marks Daily Apple for the first time last winter. Fairly new to the exciting world of grain-free baking, I had never even considered making grain-free pancakes or waffles. After a quick Google search, the first search result was a link to MDA. My first click into the world of Mark Sisson had me hooked. His website became my new obsession, and I gained much more knowledge of the paleo lifestyle through his website. The recipe I found for pancakes was one that used almond meal, and although they were delicious, they didn’t quite make the pancake cut. They were more like yummy almond latkes. After a year of adventures in grain-free cooking, along with my favorite partner in crime (and love of my life, Bill), I decided on a second attempt at grain-free pancakes (plus waffles!), this time with coconut flour.

As an artist, I love creating art out of food. I visualize all that is going into the recipe, how it will look during cooking, and how I want it to look after. My desire for cooking is more targeted toward creating something I never knew I could create, rather than the final result of getting to eat it. A bonus to it all is making something that I know Bill will love, and his reaction to the food that I make is the icing on the cake. For this recipe, I knew we would create something beautiful, delicious, and I knew Bill would absolutely love it.

This is a simple recipe for waffles, or pancakes. The only difference in the two is that we added extra cinnamon to the waffles for a stronger cinnamon flavor. The topping for the waffles were simple sliced bananas sauteed in coconut oil, along with chopped pecans. The sweetness of the banana, along with the warm, sweet flavors of the pecans and maple syrup combined beautifully together. This was definitely a dessert breakfast, but for those of you missing the comfort of a warm waffle or pancake breakfast, this one is for you! 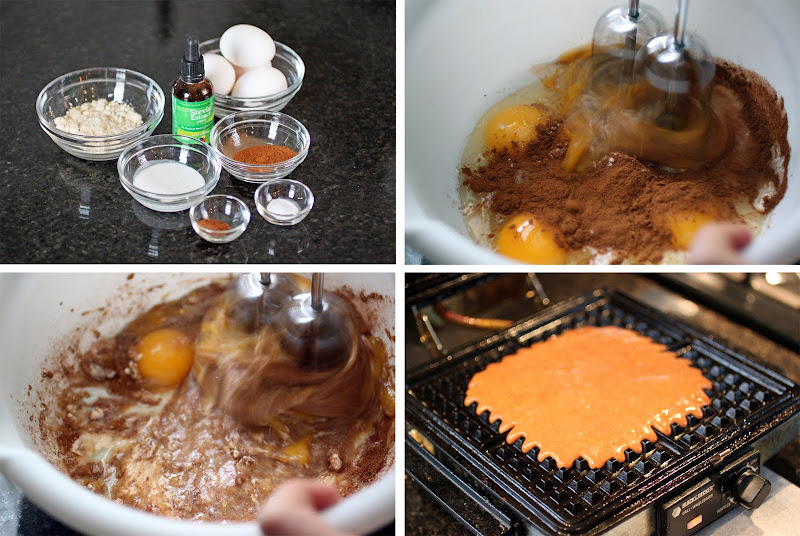 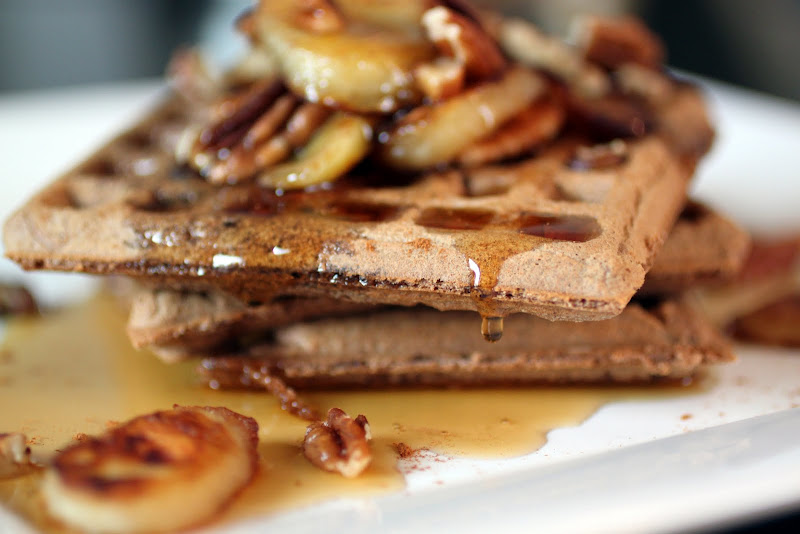 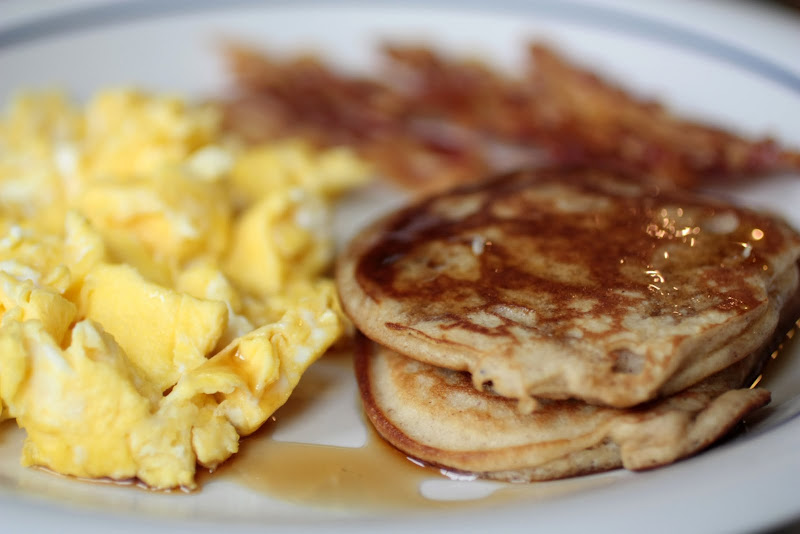 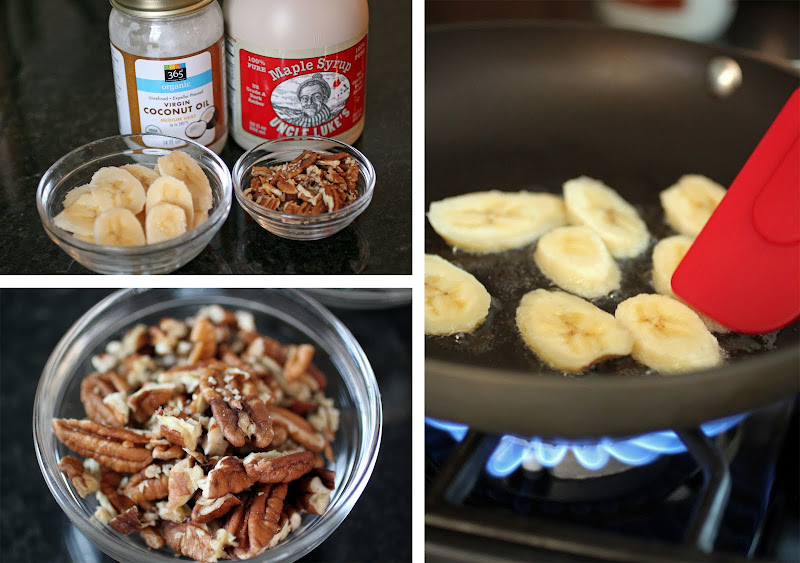 We topped the waffles and pancakes with a drizzle of pure maple syrup. These protein packed waffles would be a wonderful treat to bring as breakfast in bed to your loved one come Valentines day, or as a breakfast treat for your grain-free little one. Anyway you’d like to serve them, you wont be disappointed.