Posted January 6, 2012 by Bill
So remember yesterday when I said Bill was doing better? Apparently I spoke too soon. We were out running a few errands and Bill turned into Oscar the Grouch, hard core. Everything that came out of his mouth was negative. However, Bill being the evolved man that he is, was able to stop himself and say “Wow, I guess sugar had a stronger hold on me than I thought.” He knew he was angry, and although I stayed relatively calm and quiet, he knew it was stressing me out.
I on the other hand have felt great. My appetite has significantly decreased, and my headaches are gone completely. The only downside is that my energy has been low for workouts. I think that is due to keeping my carbs so low for this detox (it’s not to late to join, by the way!) I’m trying to drink as much water as I can, but come night time I can’t seem to quench my thirst.
Yesterday we made some really yummy food (as we always do, I must say), one of which was a side dish that was just for Bill. Like I said, I’m keeping carbs pretty low, so I avoided this dish. We sauteed parsnips in a lot of butter and added some warm spices to bring out the sweetness of this vegetable (even so, it’s not a sweet dish by any stretch of the imagination). It turned out great, and Bill really enjoyed it! (I ate the entire batch, folks. – Bill) 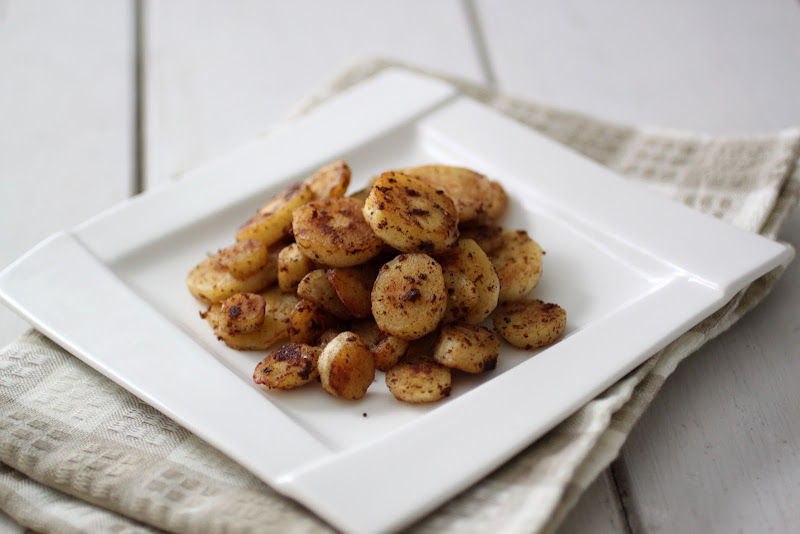