Adrenal Fatigue 101: Why You’re Tired & Hangry With No Sex Drive 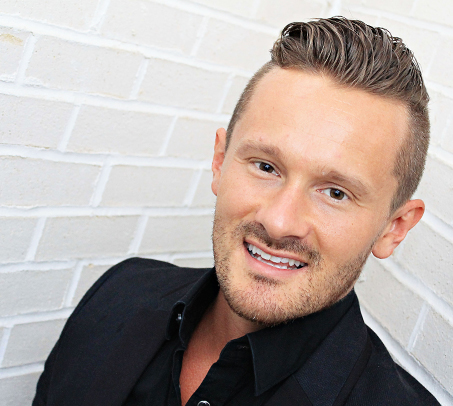 Today, we have another excellent guest post from our friend and colleague, Dr. Will Cole., Will is a progressive Functional Medicine doctor, and has been helping people achieve better health through a Paleo-template combined with various forms of alternative medicine.

Today, we invited him to share his expertise on all-things Adrenal Fatigue. Thanks Dr. Cole! 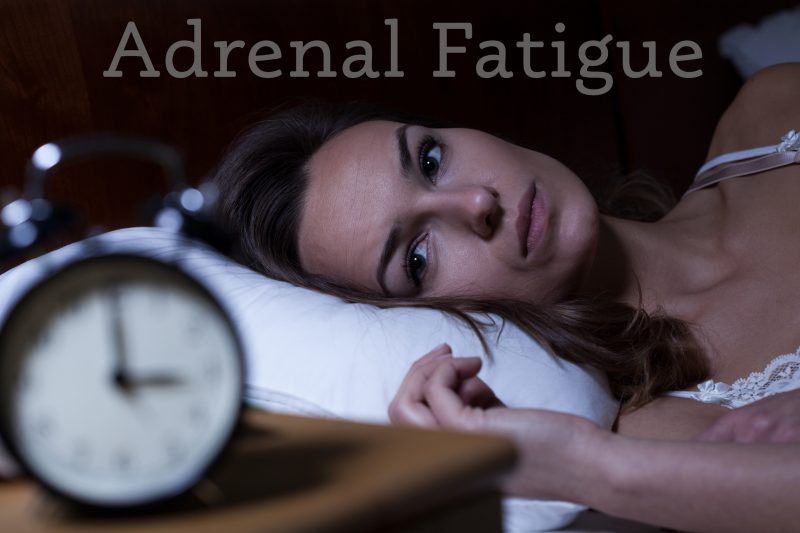 The health concern that I hear most from patients around the world is fatigue. On a daily basis I witness the epidemic of extreme exhaustion. People everywhere are waking up feeling exhausted, craving cups or cans of caffeine. They are irritable and “hangry” for salty or sugary foods. They can’t lose weight despite dieting and exercise and have little to no sex drive. Their energy level crashes again in the afternoon, but often times get a “second wind” before bed. Then they have trouble winding down in the evening only to have another night of restless sleep. Sadly, many think this is normal because they look around at everyone else who are just as tired and miserable as they are. Just because something is common doesn’t make it normal.

This is not normal, this is the epidemic of adrenal fatigue.

What are the adrenal glands?

Your adrenal glands sit on top of your kidneys like little kidney baseball caps. They regulate many critical hormonal jobs in your body. One of those jobs is the release of your body’s main stress hormone, cortisol. Our bodies are built for stressful events, and throughout time they have adapted to them. We are here today because the human species has some grit and can handle stressful events. If our ancestors were chased by a predator, the sympathetic response, our body’s fight-or-flight mode, would be activated. During this stress response, cortisol would be released, ramping up blood pressure and blood sugar, which were needed for the stressful event. When things calm down, cortisol secretion decreases, along with your blood pressure and blood sugar levels. Normal balance is intact.

What is adrenal fatigue?

In Functional Medicine, instead of just treating symptoms, my main focus is to address the underlying hormonal mechanisms that are at play. Cortisol is neither bad or good, it just is. Problems occur when there is imbalance in  cortisol.

In a healthy individual cortisol is higher in the morning and slowly flows lower throughout the day in a “S” shaped curve or circadian rhythm. Melatonin, your “sleepy time” hormone, is inversely proportional to cortisol. When cortisol is high, melatonin is low and vice versa. Adrenal fatigue happens when there is an imbalance to this cortisol rhythm. Cortisol is high when it should be low, low when it should be high, always high or always low. The secret to understanding adrenal fatigue is understanding its origin: your brain!

Your brain tells your adrenal glands what to do through a complex web of communication called the hypothalamic-pituitary-adrenal axis (HPA Axis) or simply the brain-adrenal axis. Your hypothalamus releases corticotropin-releasing hormone (CRH), which tells the pituitary gland to release the adrenocorticotropic hormone (ACTH). ACTH then tells your adrenal cortex to release cortisol.  Adrenal fatigue is really a dysfunction of your brain’s communication with your adrenals (HPA axis), not the adrenal glands themselves!

Some chronic stressors that can lead to adrenal fatigue are:

Do you experience the following symptoms?

If you struggle with most of these, you should rule out adrenal fatigue.

Adrenal Fatigue Treatment (what to do):

One of the labs I run on patients is a 24-Hour Adrenal Stress Index, a salivary test which tracks your cortisol levels, HPA axis quality, and other hormone levels throughout the day to get a comprehensive view of what’s going on in your particular case.

Removing or improving  the stressors listed above will be essential to breaking the chronic stress cycle, regaining your health and feeling like yourself again.

Rehabbing the brain-adrenal connection takes time. What works for one person may not for you but here are some general natural medicines that work regardless of what your cortisol rhythm looks like:

Adrenal support: Glandulars like the ones found in Primal Boost (See below) can have a therapeutic effect for Adrenal dysfunctions.

Methylation support: Activated forms of B12 and folate are effective ways to support healthy methylation pathways which help balance the melatonin- cortisol rhythm. I personally use Primal Balance (See below) for this.

A health program should be tailored for your specific needs and labs. What works for one person may not for you.

Depending on your individual brain-adrenal dysfunction it may require to work with a qualified pracitioner to carefully replace a small portion of the levels of the missing adrenal hormones for a period of time.

Specific amounts of DHEA and the precursor to cortisol called pregnenolone, can stimulate your body to begin producing it naturally.

Because everyone is different we offer a free webcam or phone evaluation for people everywhere. This allows you a chance to talk about your individual concerns and to see if Functional Medicine is right for you.

Today we wanted to make a re-introduction, of sorts, to my grandfather, Dr. Murray Susser (MD). Those of you who have the original Make it Paleo cookbook might recognize him, as he wrote the introduction to the book. He has been practicing functional medicine since the late 1960’s, and was a pioneer of early nutritional medicine. To us, we simply know him as “Grandpa Buz.” When my mom was sick as a kid, she would get a shot of vitamins that Grandpa Buz called “the whopper.” He has been prescribing nutritional supplements as an alternative modality of treatment for over 45 years, giving him fairly vast experience on how impactful they can be to one’s health.

My grandfather has always been an inspiration to me to live a healthy lifestyle, and include many holistic alternatives to healing. He has always used food as medicine in his practice, and has been a doctor who digs deep to find the root cause of illness for his patients. He has been someone who I have leaned on through my struggles, and given me advice and encouragement when I have needed it most. Because of Grandpa Buz, there may have never been PrimalPalate.com, or any of our cookbooks. I am not a doctor, but I believe that I have followed in his footsteps with nutrition, and natural health.

Over the last few years, he has developed two supplement formulations with which he has seen great success, called Primal Boost and Primal Balance. Here’s what he has to say about them, in his own words:

“I created Primal Boost and Primal Balance through years of clinical experience to help treat common imbalances and deficiencies that can be easily avoided. Primal Boost is a combination of adrenal and thymus, which can help with the body’s ability to combat stress, improves immune function, and optimizes adrenal function. Primal Balance, on the other hand, is a powerful combination of lipotropic factors which aid in fat metabolism and help balance hormones, which is especially important for women.”

The two of us have been fans of both of these supplements for years now. These are supplements he formulated a few years ago (and has used with hundreds of his patients), and we thought they would be helpful to many of you out there, which is why we are helping him introduce them to you today. We have both taken them with great results. When I had my health crash in early 2015, I relied on Primal Boost to help restore my adrenal function. And more recently, Bill has been taking Primal Boost to mitigate his higher-than-usual stress levels.

With the increasingly common issues of stress, low energy, and hormone imbalance, we think these two supplements have the ability to help a lot of people, not only in the Paleo community, but beyond. If you are interested in learning more about these two great products, click the image link below. There, you’ll find a great deal of information, straight from Dr. Susser. There is also a contact form where you can submit any questions you might have for Dr. Susser about Primal Boost and Primal Balance. 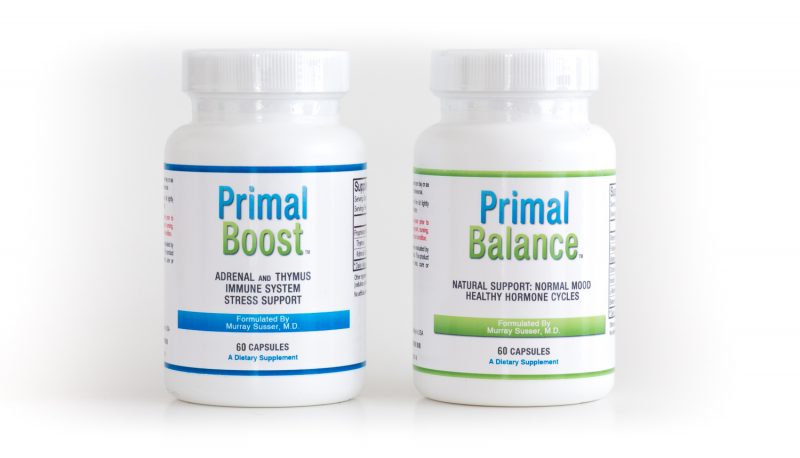