The first person who explained the concept of “autoimmune disease” to me was Megan Mcgrane. Megan was the first Paleo success story interview I did that didn’t involve weight loss, but rather switched to a Paleo diet after being diagnosed with her third autoimmune condition. Before her interview, “autoimmune” was this term I read and heard about, but never fully understood. After speaking with Megan, I finally “got” it: “There is no known cause for autoimmune conditions,” she told me, “And if you don’t know the cause of something, you cannot cure it. All you can do is manage the symptoms.”

Those three sentences give you the most fundamental reasoning behind elimination diets. It is also the entire concept behind The Paleo Approach by Sarah Ballantyne. In order to find out what works for you and your body, you first need to strip everything away, and slowly reintroduce things back into your diet. 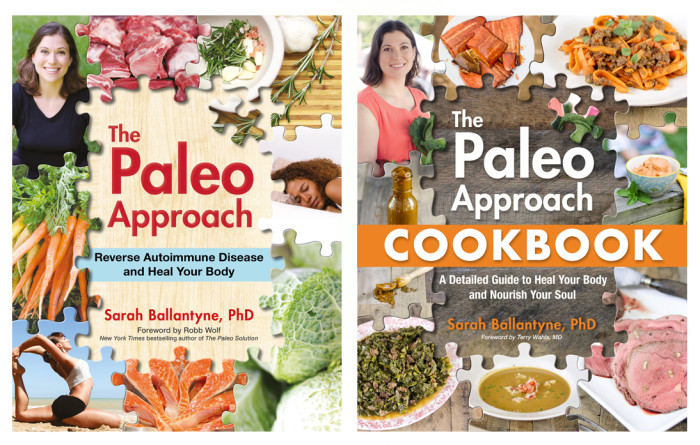 The Paleo Approach is very extensive, and might seem overwhelming to some people. However, if it looks like a textbook, then hey – treat it like a textbook! Feel free to jump around, browse the guides, or use the index to find the sections most applicable to you. If you simply want a snapshot of what foods to avoid, which foods to include, and general nutritional information, her “Summary Guides” section at the back of the book would be most beneficial to you. Other sections I found useful include:

If you are looking for recipes to follow, Sarah has also written the Paleo Approach Cookbook to be used in conjunction with The Paleo Approach. I actually made two recipes from her book: Plantain Crackers and Smoked Salmon and Roe Endive Boats. I eliminated the endive boats from the salmon recipe, and chose to serve it as a “smoked salmon spread” alongside the crackers. 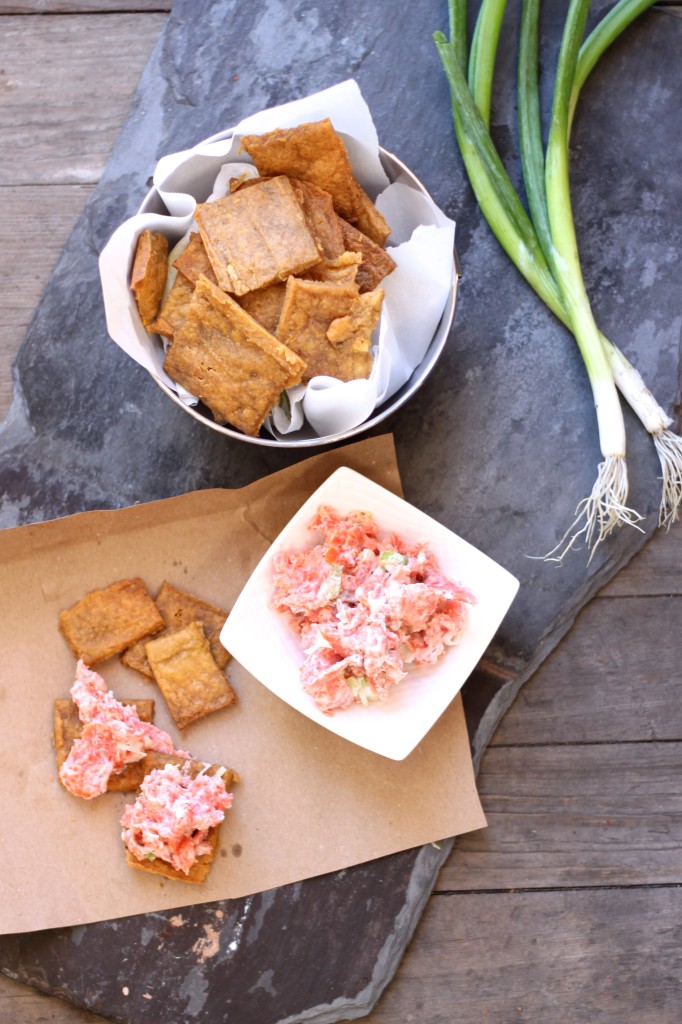 The crackers could not possibly have been easier to make, requiring a mere three ingredients and a handy food processor. Sarah includes a “Tips” section with each recipe, and suggests making “Herb Crackers” by adding 2 Tbsp of your favorite seasoning mix. I tried mixing Primal Palate’s BBQ Spice Mix in with half the crackers, but could barely taste a difference in the end product. If I make these again, I’ll follow Sarah’s suggestion and add in garlic and rosemary. When I took the crackers out of the oven, the outermost crackers had the “crunch” we all crave, but those in the center were still chewy. I removed the outer crackers, and returned those in the center to the oven for ten minutes. 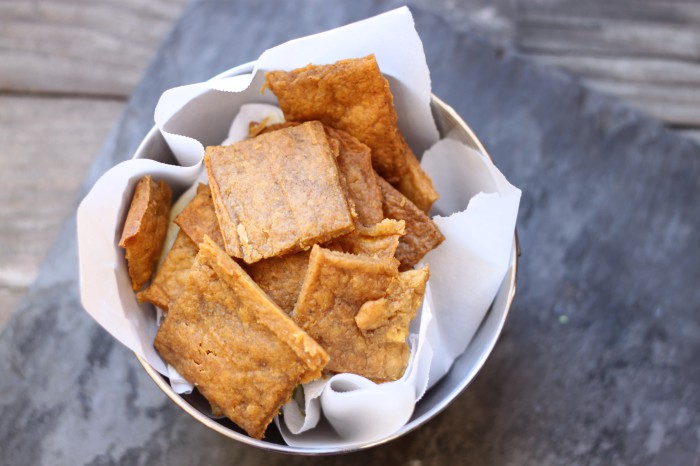 The Smoked Salmon and Roe recipe was equally effortless, and paired perfectly with the crackers. I could not find roe/cavier of any kind, so I simply left it out altogether. As I’ve said before, don’t sweat it if you can’t find it. If you can’t find an obscure ingredient, look for Sarah’s “Variations” section at the bottom of each recipe for substitution ideas. 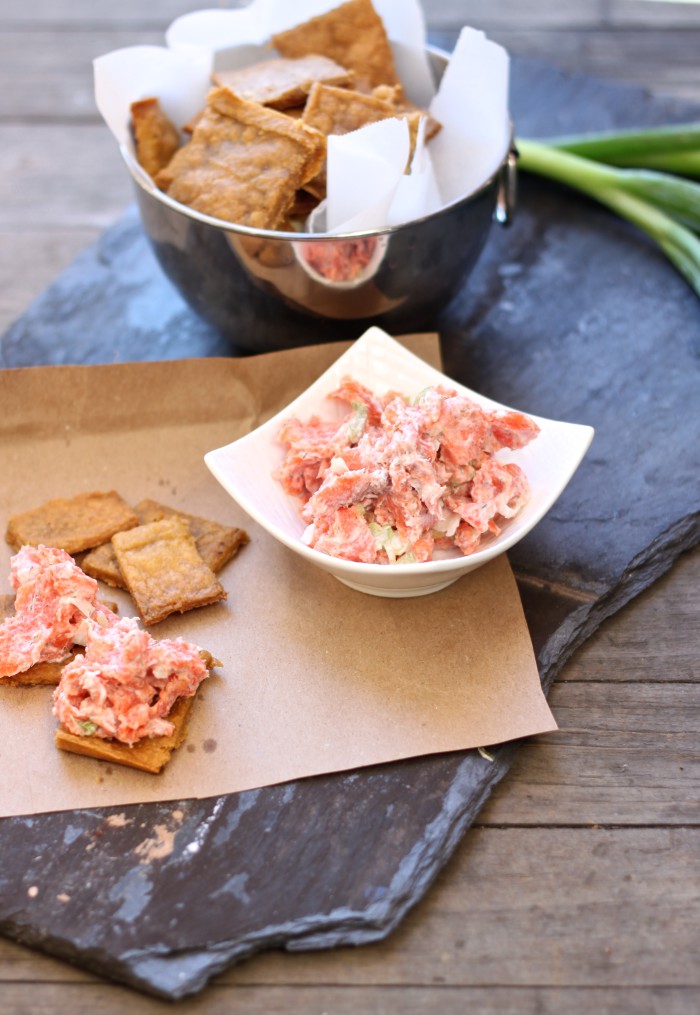 Now, many of you may be wondering, “Do I need to buy both books?” The simple answer to that is, it all depends on what you’re looking for. If you have a reasonable grasp on Paleo, the cookbook contains enough bonus material to get you through (meaning, it’s not just a cookbook). On the other hand, if you are one who has struggled with autoimmune conditions or other health issues, The Paleo Approach might be a better option. And one lucky person reading this is going to win BOTH!

For your chance to win The Paleo Approach AND The Paleo Approach Cookbook, tell us how you found Paleo [whether it be through a friend, blog, Crossfit gym, etc.] in the comments below! One lucky winner will be chosen at random. We will announce the winner Thursday, September 18th at 9 p.m. Until then, go snack on some plantain crackers!

To view variations of this recipe, go check out The Paleo Approach Cookbook by Sarah Ballantyne.

Want more tips on budgeting, shopping, and meal prepping for the Paleo diet? Get our extensive (and popular) 30 Day Guide to Paleo program! You will receive weekly tips delivered to your inbox – for free!