Our Best Ever Pizza Recipe – Gluten, Grain, and Nut-free


The other week Bill was craving Pizza, and I told him to make our pizza crust recipe from our cookbook, Make it Paleo 2. We both forgot how tasty that pizza recipe is, but it inspired me to want to make it even better. 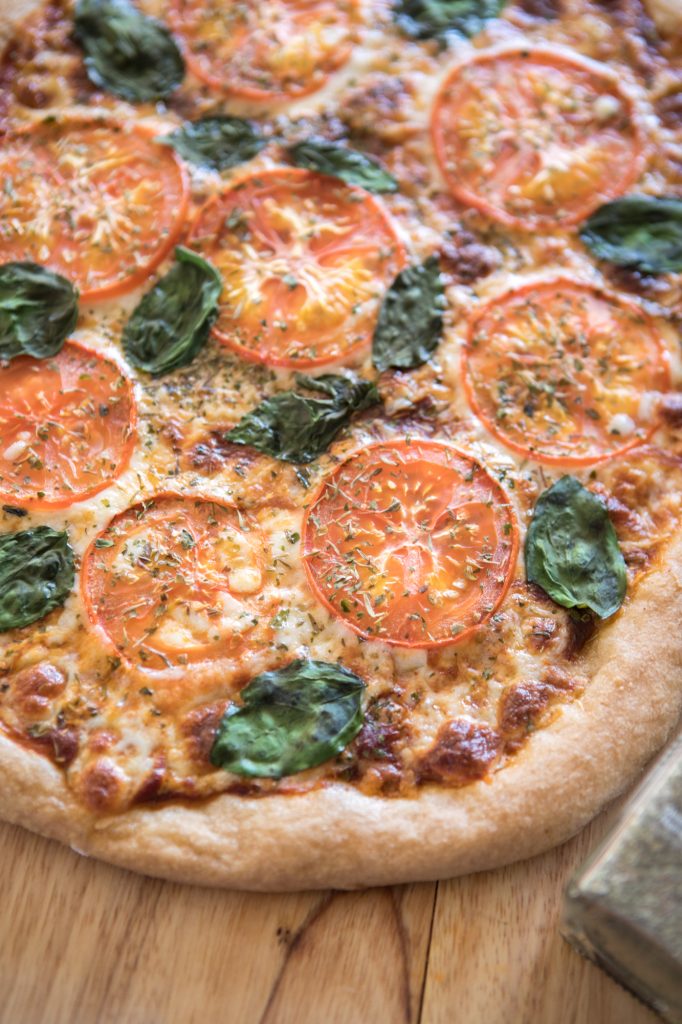 I decided to make the recipe similar to the one in the book, except adding Cassava Flour and yeast. It turned out well, but it still wasn’t quite right. I decided to do a little research, and found myself watching a video from America’s Test Kitchen about how to make perfect gluten-free pizza crust. There were two things that really stood out to me in this video, the first was to use yeast AND baking powder to really get the rise you are looking for with pizza dough, and the second was what ingredient to use to replace the gluten, and that was psyllium husk powder. 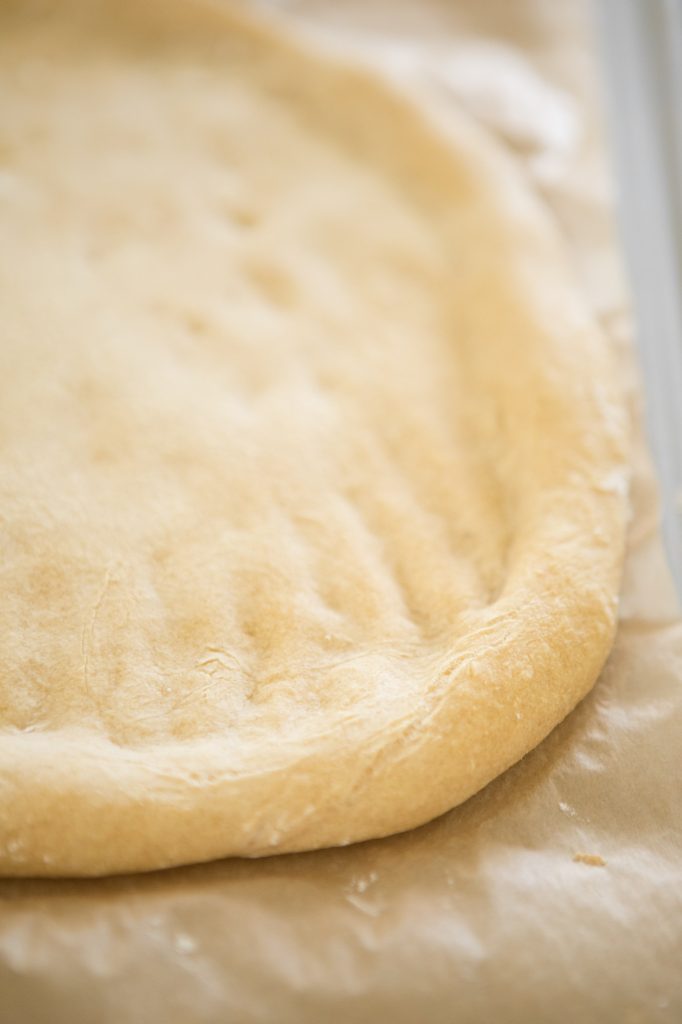 When I want my grain-free baked goods to really have the proper texture, I will resort to using xanthan gum. I know this is often frowned upon in the Paleo community, although Chris Kresser does say it’s okay in small amounts. I also know that a lot of people aren’t happy with psyllium husk either. Both xanthan and psyllium can be irritating to the gut, especially if you have major digestive issues to begin with. At some point I will try playing around with chia or flax in place of the psyllium, but for now the psyllium really does work wonders, just as ATK said! 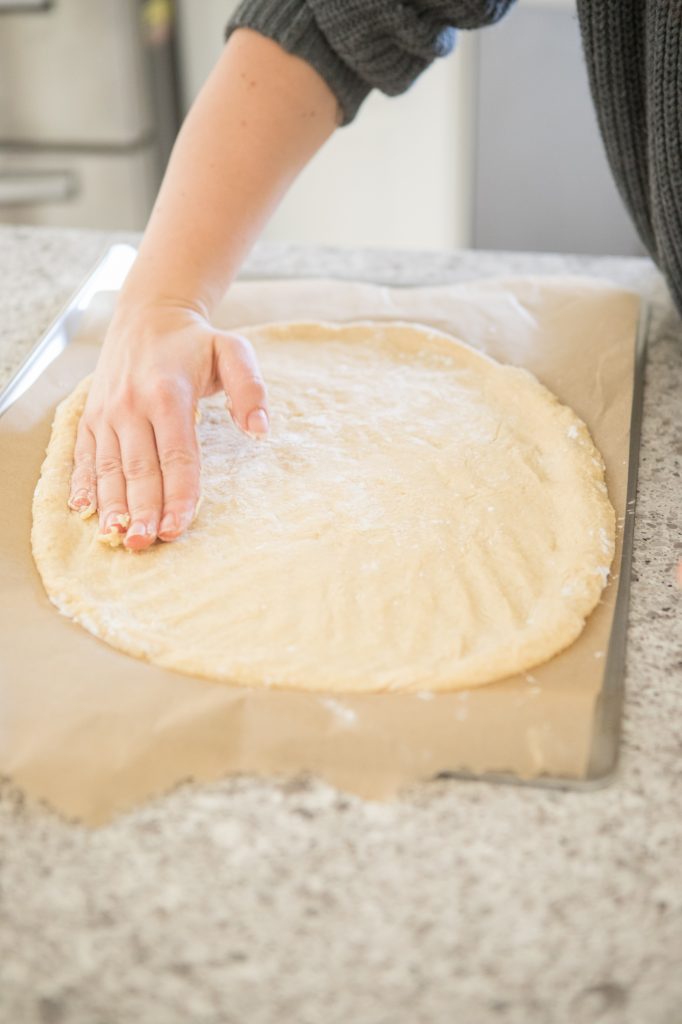 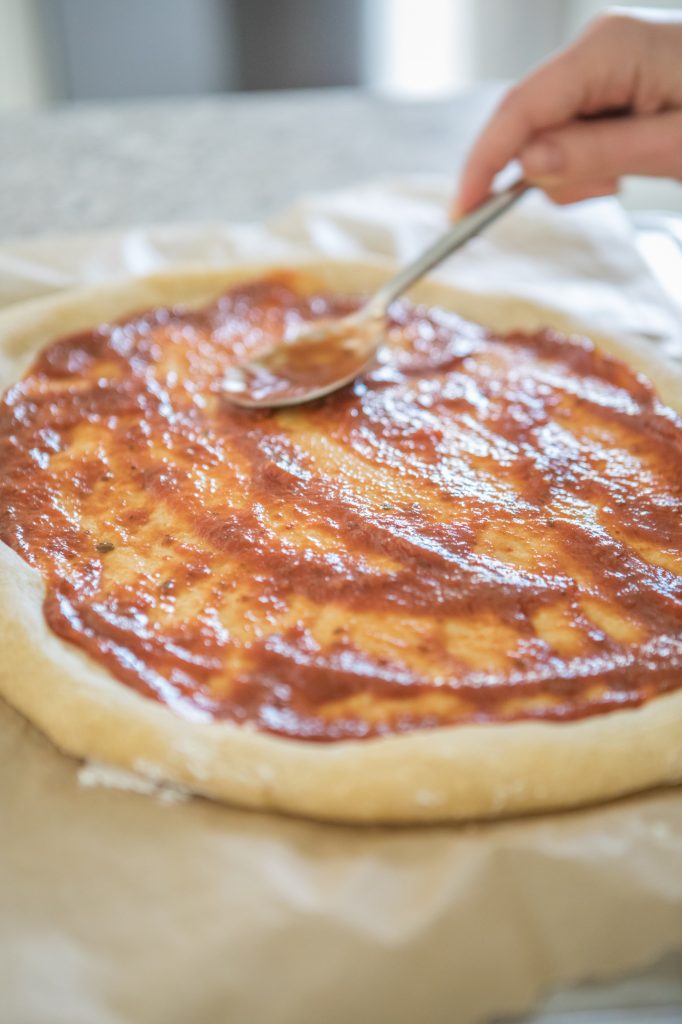 I tested this recipe modification out at my Aunt’s house when we were doing a big family dinner for my two cousin’s birthdays. I decided to try the ATK gluten-free recipe just to see how it would turn out, and modify my grain/nut-free crust using some of the tips from ATK. I have to say, I really think my grain-free crust turned out better! My crust rises like crazy, and the ATK does not.

They even say that it will not rise, because gluten-free doesn’t typically rise much. The gluten-free version also seems to be more dense, and my crust is lighter. All in all, I was a lot happier with the texture of my crust recipe, and so was everyone who has tried it. My whole family said they couldn’t even tell it was gluten-free, and Bill’s parents loved it as well! 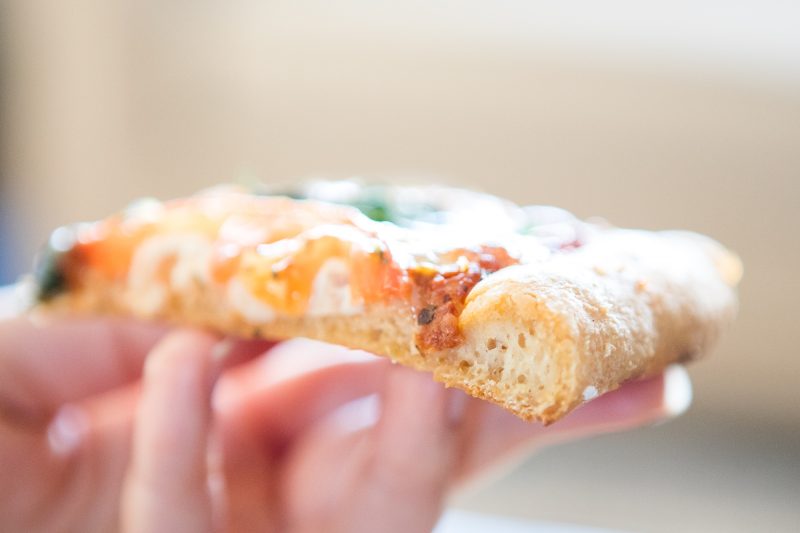 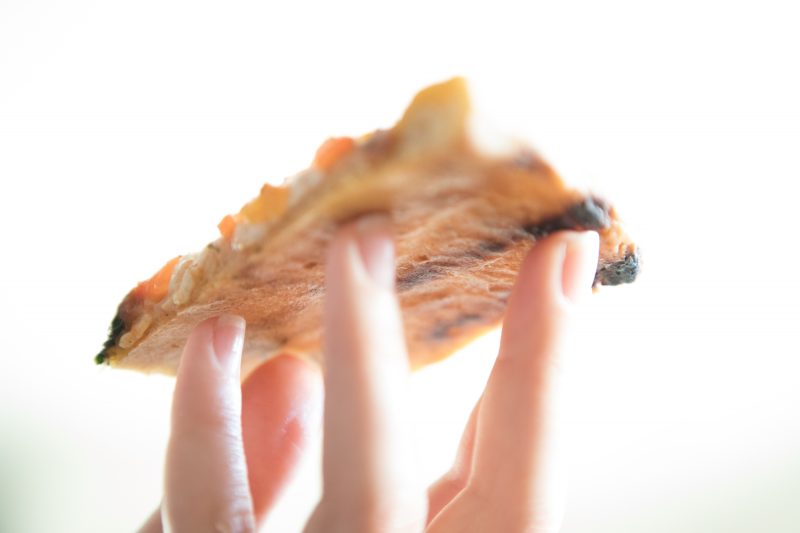 We added some of our Super Gyro Seasoning, which is our favorite way to season a Margherita style pizza. This particular blend is a really versatile Mediterranean type of seasoning, bringing together all the classic flavors of the region. So a few shakes on top really does wonders! 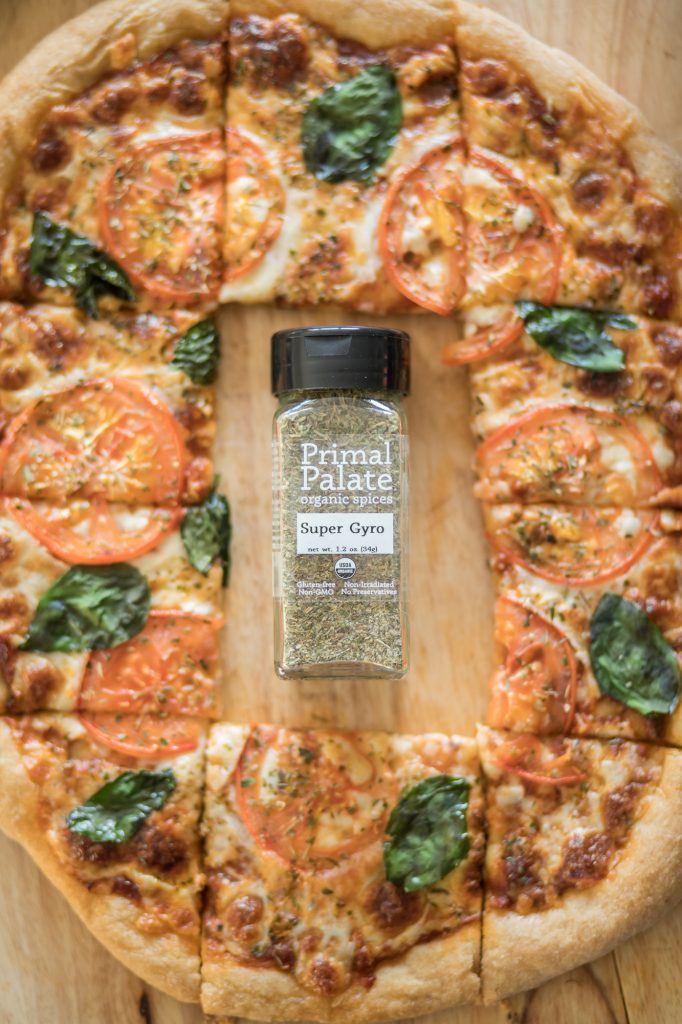 The other great thing about this recipe, is that it makes A LOT, especially once it has risen. It makes two really nicely sized pizza crusts, which can easily feed 6-8 people in total. The other thing that we were really excited to experiment with was grilling this crust. It takes more time, because you should really only finish it on the grill to avoid burning the bottom of the crust. So I bake the pizzas for 15-20 minutes with the toppings, and then Bill throws it on the grill for a few minutes to finish over medium heat. You can definitely skip the grilling part, but the extra heat and smoke gives it a nice flavor that mimics pizza from a wood fired oven. Plus, it’s a nice party trick if you are doing pizza night for a couple friends. Just be sure to rotate the pizza often, and check to make sure it’s not burning. We found 3 minutes on the grill at medium heat was perfect. 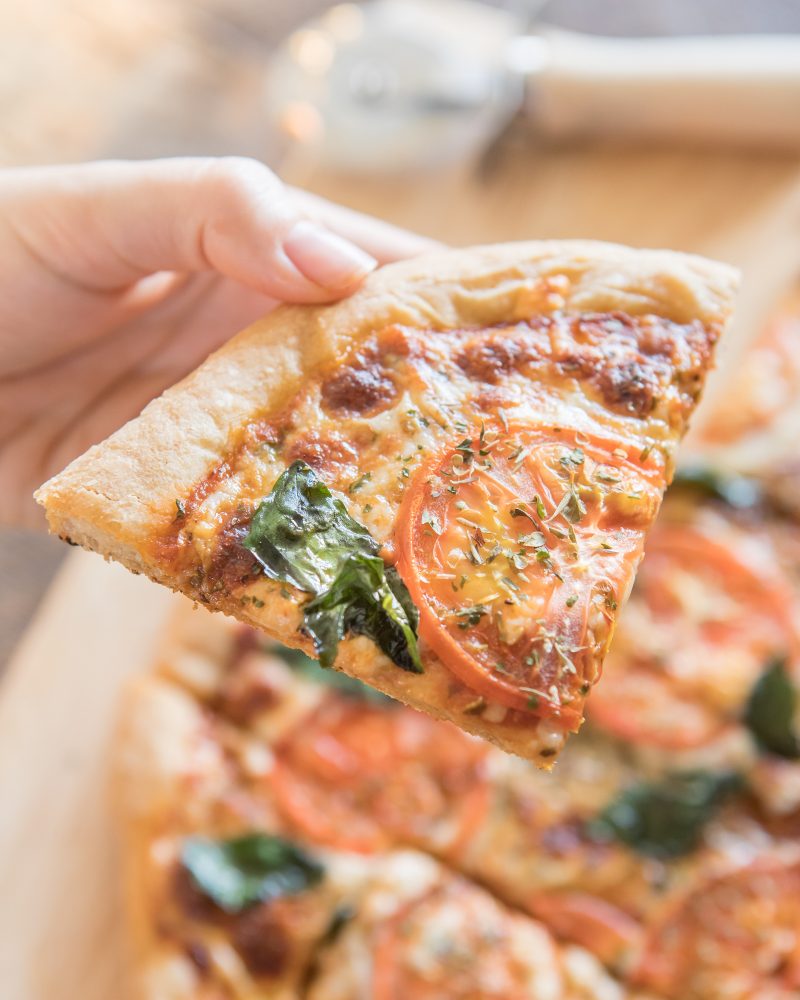 This recipe does take some time to come together, since there are quite a few steps involved, but it’s really so fun to make, and even more fun to eat!

Our Best Ever Pizza Crust

Our latest and greatest version of Paleo Pizza Crust is the best we've ever had! It's crispy on the outside and a little chewy on the inside with a nice amount of bubbling in the crust. You're going to LOVE IT!