When someone asks me why I believe Paleo is a healthy way to live, I have a really hard time coming up with a solid answer. I can talk about insulin, carbs, and fat until I’m blue in the face, but that’s not what “sold,” me on Paleo. What’s sold me on Paleo is the countless success stories we’ve done on this blog, and the amazing people I met at Paleofx, who have literally had their lives changed through a change in diet. Jody Allard of Paleo’ish on a Dime is a single mother with seven kids. She was diagnosed with mitochondrial disease at age 34, a disease for which there is no cure. But having a “never take no for an answer” fighting attitude that we’ve seen in so many of our success stories, she went to the internet to find other possible solutions. Thank you Jody for sharing your story – and I hope you continue your path towards better health! -Kara

On a gloomy February evening, almost two years ago, my doctor called. My muscle biopsy, done two months prior, showed evidence of mitochondrial disease. After 34 years of strange health problems, unanswered questions, and a severe health decline that began after the birth of my youngest kids, I finally knew what was wrong.Mitochondrial disease (mito) is a disorder of cellular function. Deep inside every cell in our bodies (except red blood cells) are mitochondria, which produce energy, clear out waste, and perform many other critical tasks. When the mitochondria do not work correctly, symptoms can appear in almost any area of the body, but common ones are the eyes, brain, kidneys, liver, GI tract, and muscles. It is incurable and progressive, and there is no treatment.You might think that hearing the diagnosis that day was devastating. Being diagnosed with an incurable disease isn’t exactly good news. But, on that day, I cried tears of relief, simply because now I knew what was wrong, and I had proof of what was wrong, and I would never again have to listen to a doctor tell me that maybe I was just tired, or stressed out. Two years ago, that validation of my experience came as good news. It was only later that the reality of my situation began to sink in.

I was 34 years old then. I was a single mother of 7 kids (three sets of twins and a spare). I had once had a successful career at a large software company but my health had deteriorated enough to prevent me from working. And, then, I was told that the cause of these health problems simply wasn’t treatable. I wasn’t going to drop dead anytime soon, but I was facing a slowly progressive neurological decline. And there was nothing my doctors or I could do to stop it.Like many people in my shoes before and after me, I turned to the Internet for help. I learned a ridiculous amount about the cellular respiratory chain. I read all the medical journals. And, eventually, I found Paleo, with its success stories in everything from weight loss to curing autoimmune diseases! The more I read, the more hope it offered. And, so, despite some skepticism, I tried giving gluten-free a go. Three days later, my IBS-like symptoms that caused me to run to the bathroom 5-6 times a day or more were gone! A month later, my daily migraines vanished. Three months later, without any medication, the reflux I had struggled with since I was 21 disappeared, too. And, after going off my thyroid meds that I had been taking since I was 19, my thyroid was… fine. Just like that, I saw obvious health improvements and began to lose weight! It seemed so miraculous that I wanted to shout it from the rooftops. I began to ease my way to Paleo, over about 9-12 months, and two years later, I’m still eating mostly Paleo. 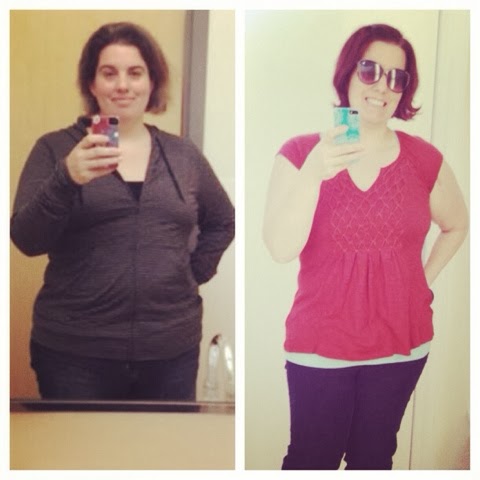 I’m 100% gluten-free and 99% dairy-free, but I don’t sweat sugar in condiments and sometimes I eat gluten-free baked goods or a cheese-less gluten-free pizza. I have tried elimination diets, which also uncovered issues with eggs, so I don’t eat those, either. I am lucky to live in the Seattle area, where organics are easy to find, and even gas station coffee shops offer non-dairy milks, so it’s been a simple transition for me and my kids. Yes, all 7 of my kids follow the same diet I do while with me, with the exception of some white rice and rice pasta. And the two teens with migraines 3-4 times a week also found them cured, along with acne, stomach aches, and even joint pain. They don’t follow paleo while out with friends and it’s almost shocking to watch them react to foods now with a resurgence of symptoms! 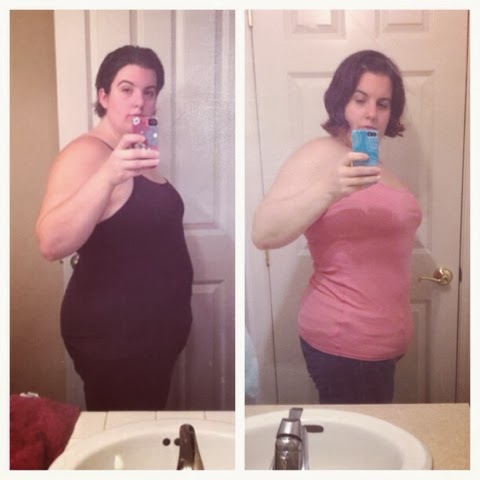 For me, I wish I could say that my overall health has improved over the last two years. But, unfortunately, that’s not the case. Despite my hopes along the way, I’ve experienced no positive change in my mito symptoms themselves. Instead, the symptoms that did improve were ones that seem likely to have been caused by my own lifestyle choices like diet. More intrinsic mito issues like muscle weakness, kidney disease, etc have continued to slowly progress and have not responded at all to diet change. In fact, I only got a few days into a whole30 before having to stop because it was too low carb for my body to handle and my muscle weakness immediately became much more severe! These days, I eat a lot of sweet potatoes, plantains, and even white potatoes to keep my starch up and it helps my myopathy slightly. But, it is by no means a cure or even a treatment. 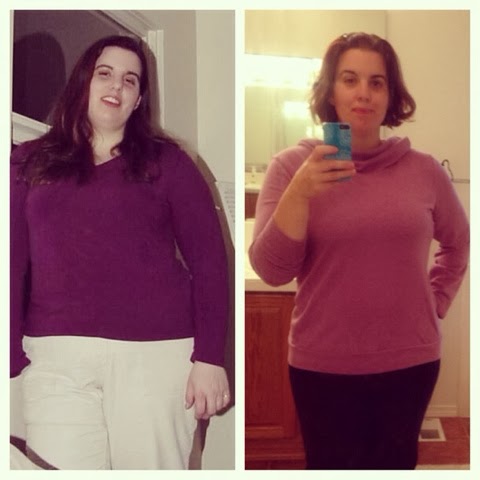 Even though Paleo didn’t magically cure my incurable disease, it has led me to a happier and more sustainable life. I don’t have IBS symptoms anymore. I don’t have daily migraines. I’ve gone from a tight size 16 to a loose size 12, and I am still very much losing weight. I look better, I feel better, and these changes have improved my quality of life. With so many other health problems, I deeply appreciate relief from even a few. Not to mention looking better, and having more confidence about my body and even myself!A lot of people I know with mito and other genetic diseases get angry when diet change is suggested as a treatment. They rightfully point out that diet cannot change genetic disease. Sure, epigenetics argues that we can flip the switches of disease expression, but that’s completely different from the case of a person suffering from deleted, duplicated, or scrambled mis-sense genes. Just like diet change can’t alter chromosomes in someone with Down’s Syndrome, diet can’t replace genes in mito that are missing or in the wrong place. It can be frustrating to hear over zealous friends talk about paleo or juicing or the diet du jour as a cure, when we know that there is no cure. But, no matter what disease we have, we also are people who have made lifestyle choices that may have created problems that ultimately have nothing to do with our disease (or perhaps are simply more likely to occur because of our disease). And, just like anyone else, we might find relief from symptoms through diet change, if we’re willing to give it a try. 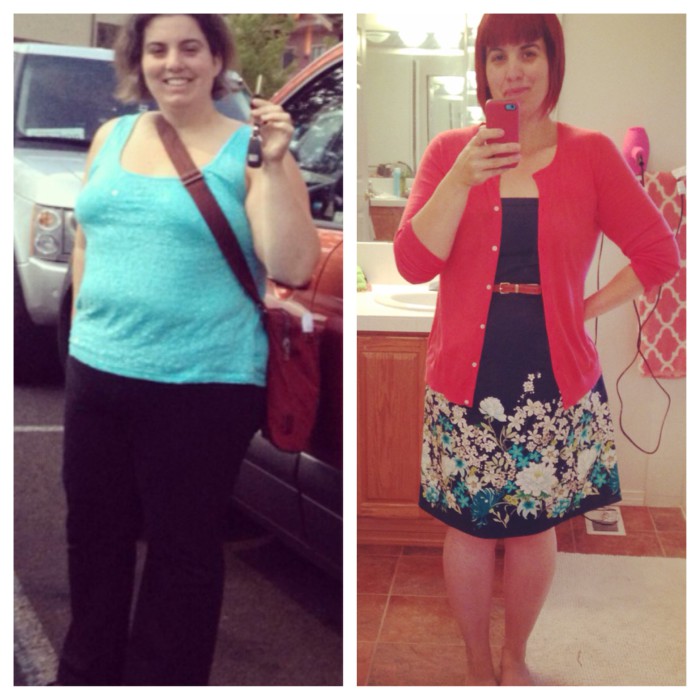 If you are interested in learning more about my health journey, check out my blog Paleo’ish on a Dime where I share recipes, budget tips, and more about my family’s paleo journey. I love to try new foods and I always share my family’s favorite recipes on my blog.This recipe is my kids’ absolute favorite. Because I like to try new foods to keep myself from getting bored in the kitchen, it is rare for us to eat the same thing more than once. But, this pork is requested and made almost weekly! It’s incredibly simple, but beyond flavorful. We never have leftovers, and it makes the house smell divine.If you eat rice, like my kids, it’s great served over rice seasoned with cilantro, lime, and olive oil. But, if you don’t, like me, my favorite way to eat this is over greens, with caramelized onions and beets, and topped with guacamole or aioli. Or both. Yum! 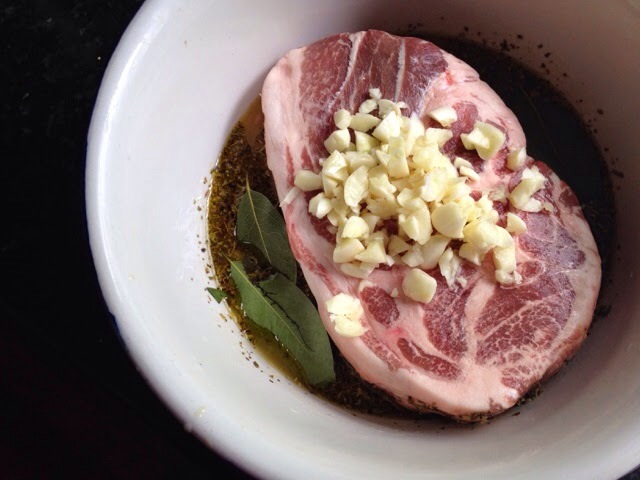 This recipe is my kids' absolute favorite. Because I like to try new foods to keep myself from getting bored in the kitchen, it is rare for us to eat the same thing more than once. But, this pork is requested and made almost weekly! It's incredibly simple, but beyond flavorful.

If you feel inspired by this post and want to set yourself up with the kitchen tools we recommend, visit the Primal Palate online store! You’ll find all the cooking gadgets we love, handpicked, just for you.