Today we want to introduce you all to James Trenda, who goes by “I’m No Chef” on Facebook and Instagram. Some of you may already be familiar with his work, which has an instantly recognizable style. James has been working on launching (what promises to be) a fabulous blog of his own in the near future. In the meantime, he has been kind enough to share some of his glorious creations on some other popular Paleo sites such as The Urban Poser and Danielle Walker’s Against All Grain. We’re so pleased he’s been willing to share his recipe for Roasted Sweet Potato Gnocchi with us. Sit back, enjoy the beauty, and tuck this recipe away for later use (Pin this recipe). 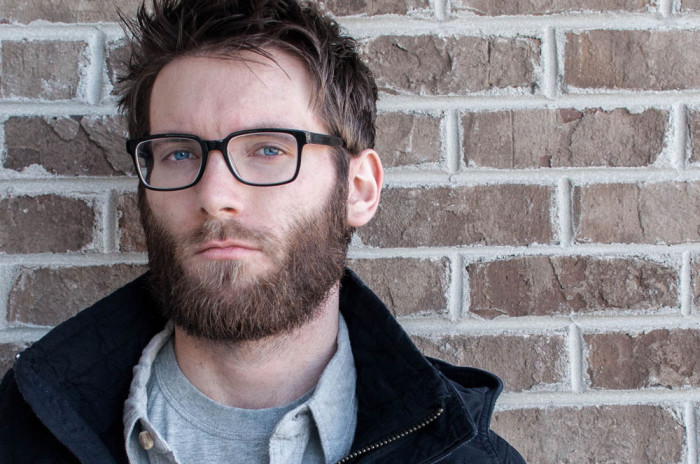 This one time, in college, I tried making gnocchi. Let’s just say it wasn’t very good and didn’t look too pretty. Perhaps it was because the recipe called for regular sweet potatoes, which tend to get overly mushy. That, and the fact that I had no idea what it was or how to make it.

For those of you who are unfamiliar with gnocchi, it is an Italian/Middle Eastern dish traditionally made from a variety of starches, most commonly potatoes and flour. I’ll spare you a history lesson on gnocchi and its origin, mainly because it would just be a facade and also because its origin is somewhat unknown. Gnocchi, which I’ve heard pronounced three different ways (NO-kee, nee-AW-kee, or nee-OH-kee), is typically served as a main course with some kind of sauce.

I decided to try Japanese sweet potatoes for this recipe, but before I did that, I tried making it with turnips. Don’t ever do that. Ever. Then I tried with plantains, but I found them to be a little too stiff and they had a tendency to clump badly when I tried to incorporate the flour. Then I remembered the Japanese sweet potato, which I discovered for the first time a year or so ago while perusing the different varieties at my local grocer. They’re sweet, buttery, and starchy. And best of all, they don’t turn to mush if you over bake them. And as it turns out, they’re perfect for making gnocchi. 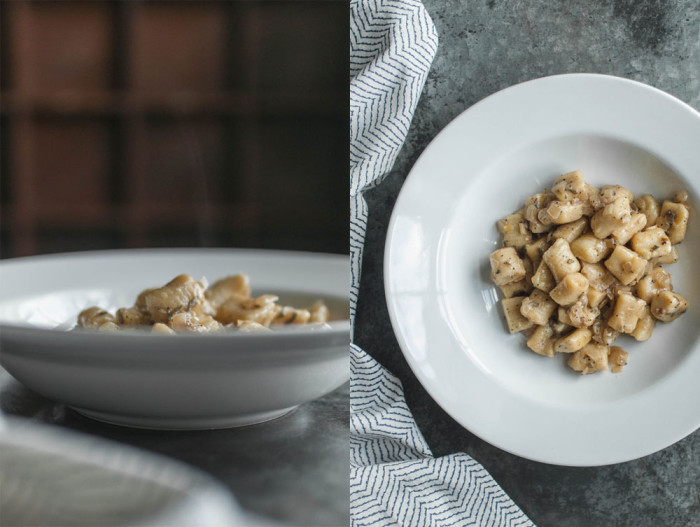 To make the wine sauce, it’s best if you have some pan drippings with which to start. I served this with grilled chicken for Valentine’s Day this past Friday, and used the pan drippings to start the sauce. I made it again on Sunday, but this time I cooked some breakfast sausage in duck fat, which I was finally able to find – sort of nearby – at a place called Dough in Asheville, NC. Then I refrigerated the cooked sausage for another purpose and continued with the leftover juices.

Now would probably be a good time to show you a picture of the sauce simmering away on the stove. But alas, I don’t have one for you. 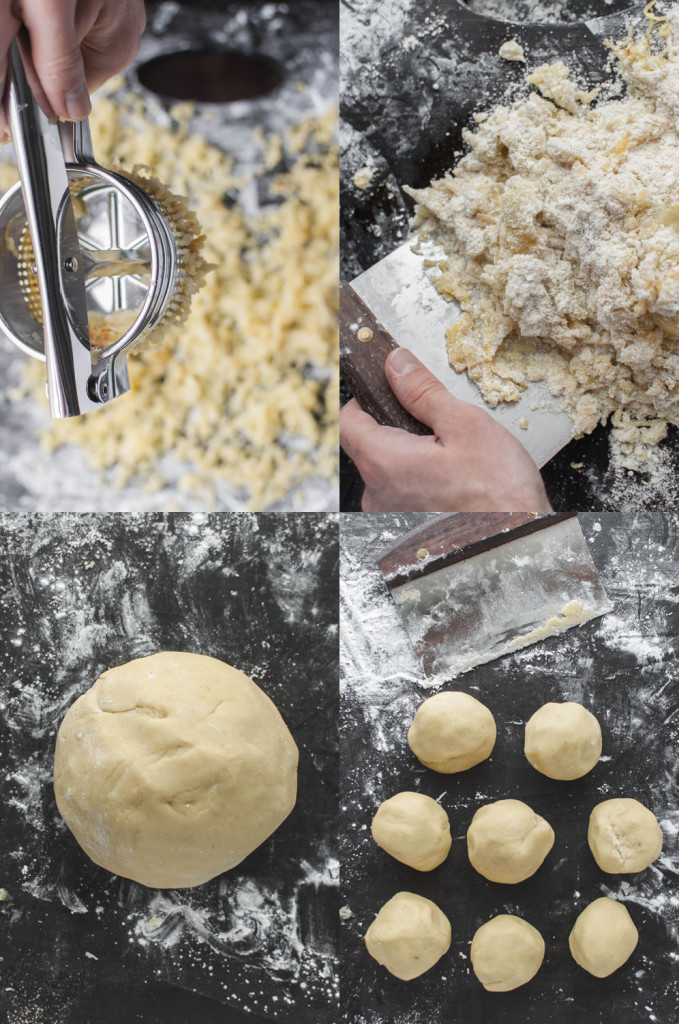 The first thing you’ll need to do is roast the potatoes and then immediately pass them through a potato ricer or food mill. I’ve tried both, and although both worked well, I really prefer the potato ricer over the food mill for this recipe. The next thing you’re going to do is let the riced potatoes cool down before pouring a beaten egg over the top, along with a cup of the almond flour/arrowroot flour mixture. I found it to be far less messy when I started with a bench scraper to initially bind the ingredients. It’s also a good idea to go ahead and get some water gently boiling in a large pot.

Once the initial cup of flour is mostly combined and clumped together, add a little more flour. At this point, you still want to try and use the bench scraper as the dough will still probably be too sticky to handle with your hands. It’s a good idea to keep a towel close by because no matter what you do, your fingers will mostly likely get dough stuck to them. Once most of the second round of flour is absorbed, go ahead and begin using your hands to gently knead the dough until all the flour is absorbed and the dough becomes smooth and somewhat elastic. If the dough is sticking to your fingers, then you need to add more flour. I’ve found the ratios I’ve listed in the instructions below to be pretty accurate.

Once you feel that your dough has reached the correct consistency, tear off a small chunk and roll it into a ball. Again, it shouldn’t be sticking to your hands at this point. Try rolling the ball out into a rope. If you’re able to form a smooth, elastic rope, then you probably don’t need anymore flour. When I say elastic, I mean that the dough should be a little stretchy. You’ll still be able to pull it apart if you manhandle it, but it should hold together nicely on its own and you should be able to pick the whole rope up without it falling apart. The best thing to do next is to cut off about a 1/2-inch to 1-inch piece of the rope and test it by dropping it into the boiling water. After about 90 seconds, it should float consistently at the top. If you can’t find it, then it might have disintegrated, which means the dough needs more flour.

When you’ve reached the correct consistency and the dough looks similar to the one pictured above, it is time to divide and conquer. Using a floured bench scraper, cut the dough into smaller, more manageable balls. Then roll each one out into a rope that is about 1/2-inch in diameter. Tip: you can save time by rolling out two to three ropes, laying them together, and then chopping each one at the same time into 1/2-inch to 1-inch dumplings. 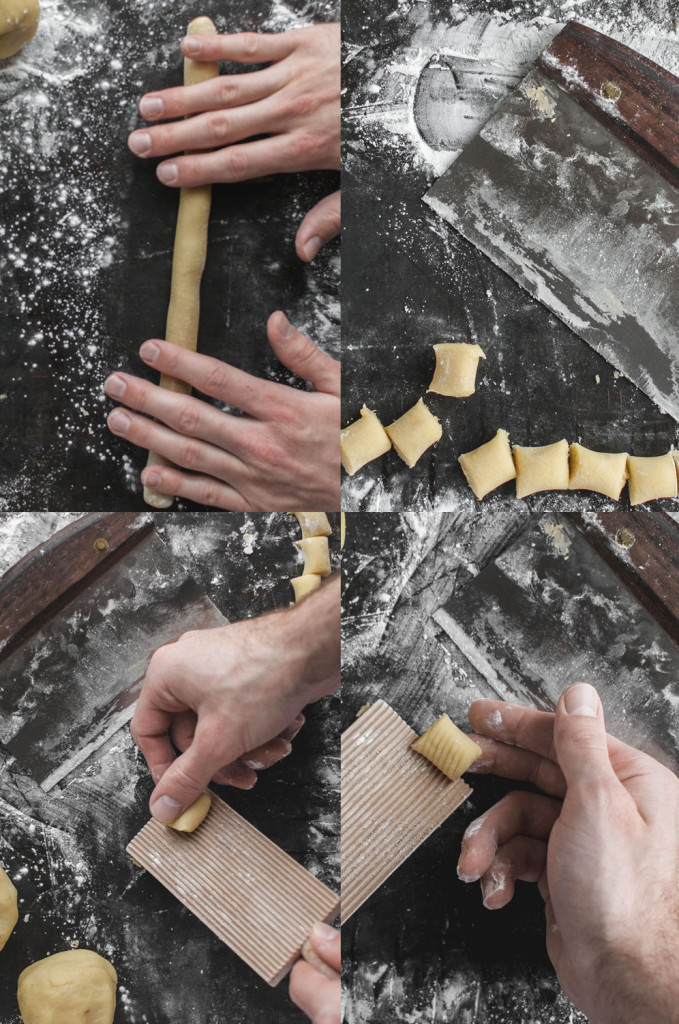 Once your dumplings are cut, it is time to form them into gnocchi. I found this wooden gnocchi board to be much more effective than a fork. They’re very affordable, and I recommend getting one if you plan on making this often. If all you have is a fork, I found it easier to roll when I lightly sprayed the fork with cooking spray and/or dusted it with a little arrowroot flour. You might also try dusting each dumpling with more arrowroot flour before using a fork or gnocchi board to make the little ridges. 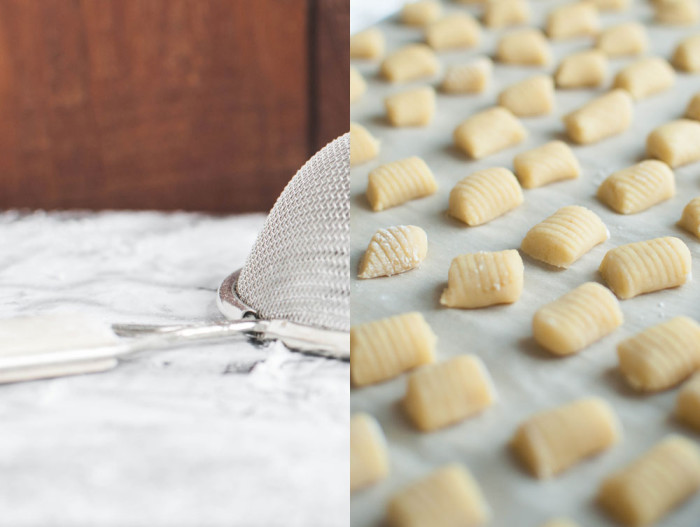 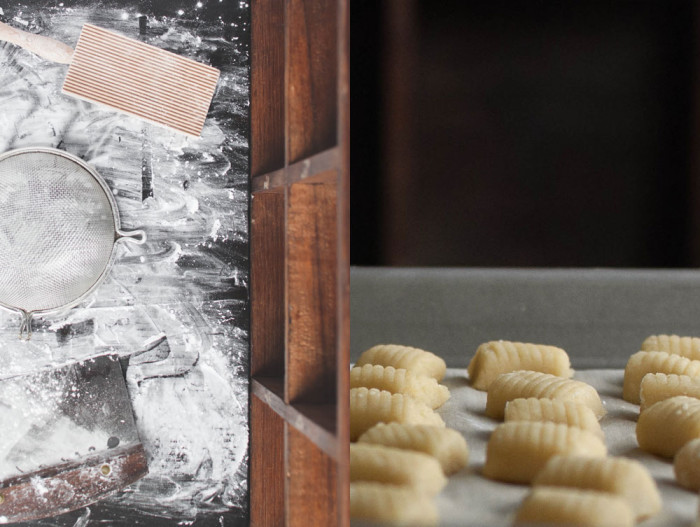 NOTES: Make sure to weigh your potatoes before you begin in order to know how much flour to start with. Getting the right consistency for the dough isn’t difficult, but you might need to add a little more flour if you have more than a pound of potatoes. The dough should be smooth, slightly elastic, and should not stick to your hands. For each 1/4 pound (4 ounces) of potatoes over 1 pound, add 1/4 cup almond flour and 2 tablespoons arrowroot flour. 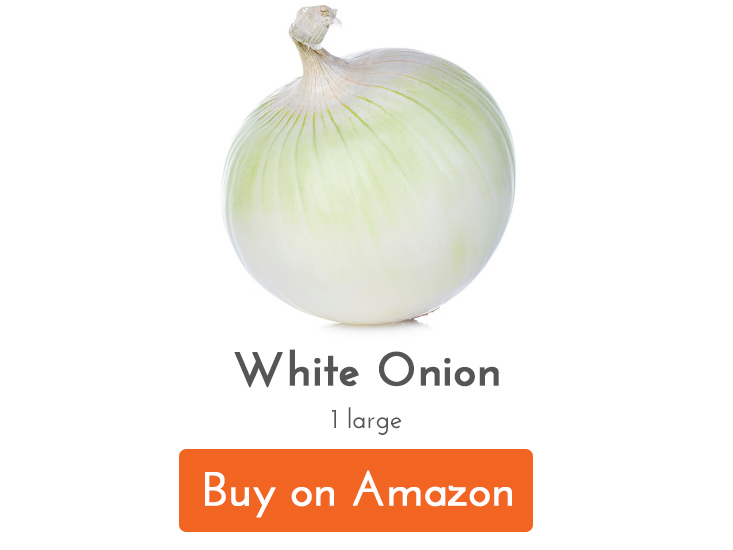 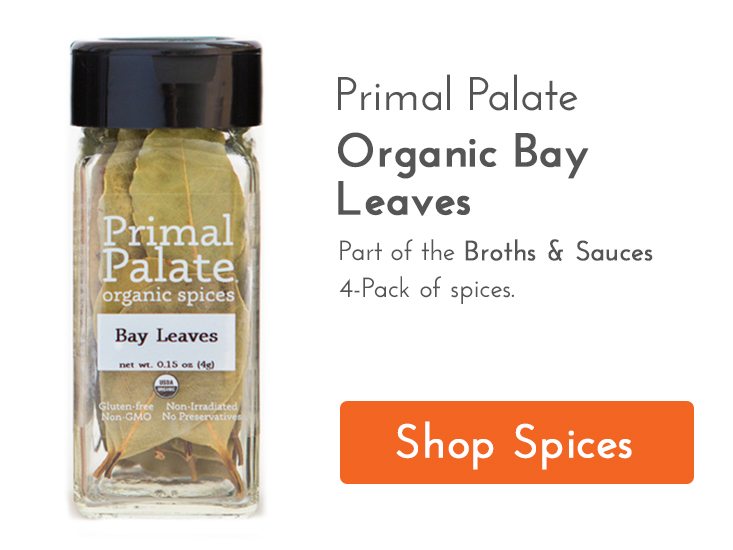